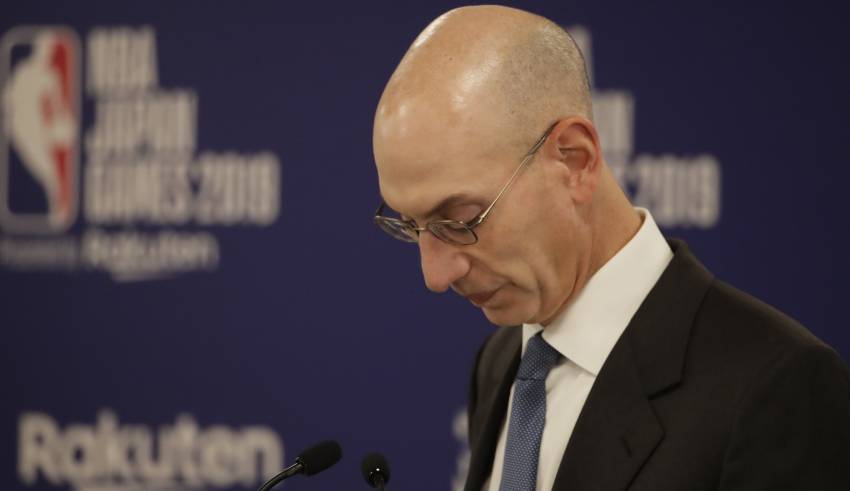 The NBA has never ended a season without a champion, and they reportedly want to keep that streak active in the eventual aftermath of the coronavirus pandemic.

Players and owners want to finish the season “no matter what,” ESPN’s Ramona Shelburne said Monday on “Outside The Lines.”

“No matter what, they want to salvage the season.”@ramonashelburne explains the sense among #NBA owners and players as they try to plan for basketball post #COVIDー19 pic.twitter.com/hvoUxfhXPg

“If that’s in July, if that’s in August, if that’s in September — so be it,” Shelburne said. “I don’t think anyone wants to start a new season without crowning a champion from this season.”

The NBA suspended its season on March 12, shortly after Utah Jazz big man Rudy Gobert tested positive for the coronavirus. Nine other players, including Brooklyn Nets star Kevin Durant, have tested positive since then. Four unnamed members of the Denver Nuggets and Philadelphia 76ers organizations have also tested positive.

Despite the NBA’s intentions to finish out the 2019-20 NBA season, Shelburne said the league is taking things day by day. Their response to the coronavirus constantly is evolving, especially as directives from federal, state and local officials are doing the same.

“But I think we are all learning that you can’t predict this thing,” Shelburne continued, “and anybody who tells you they know what’s gonna happen in a month or two months is lying to you now because that’s what the league is grappling with just like all of us.”

[RELATED: How NBA has led sports world in assists during pandemic]

ESPN’s Adrian Wojnarowski reported earlier this month that the NBA considered returning in mid-to-late June a “best-case scenario” following recommendations from the Centers for Disease Control and Prevention to limit public gatherings to fewer than 50 people. Numerous state and local governments have ordered citizens to stay at home and non-essential businesses to close since then, however, in an effort to “flatten the curve” and prevent COVID-19’s spread from overwhelming public health systems.

NBA commissioner Adam Silver told ESPN’s Rachel Nichols last week that the league is considering three options to return to the court: Play in arenas in front of fans as usual, resuming the season without fans or holding a charity event with players who have been tested and isolated in one central location.