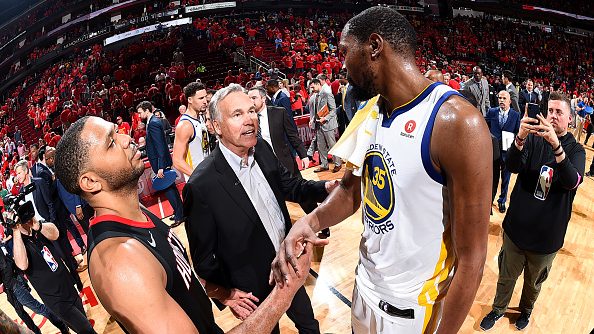 The NBA’s plan to reseed the final four teams in the playoffs met resistance.

Apparently, the objectors will likely get their way.

The NBA appears to be moving toward an eventual vote of the league’s board of governors in April to implement an in-season tournament and postseason play-in for the seventh and eighth playoff seeds, but there’s an increasing chance that the reseeding idea could be eliminated before a final vote, sources said.

Many teams, especially those on the coasts, have expressed concerns about the increased travel that could lead to competitive disadvantages and a loss of traditional rivalries, sources said.

NBA’s coastal teams have been largely against this reseeding idea, sources said

The NBA is on track to have an in-season tournament that nobody cares about. And reseeding the final four teams is the idea that gets rejected?

To be fair, these concerns are valid.

One semifinal winner could face far more strenuous travel than the other semifinal winner. Coastal teams are at greater risk. However, I figured this proposal would also provide more time off between games that deep into the playoffs. That seems like an easy-enough fix, though increasing the length of the season would bring some complications.

There’s no getting around a diminishment of conference rivalries. It was awesome to watch Michael Jordan face the Pistons until he beat them. Ditto LeBron James with the Celtics.

The big question: Is it worth losing some of those matchups to get the two best teams into the NBA Finals? I’d say a premier Finals is a worthy goal.

However, with imbalanced schedules between the conferences and teams placing varying emphases on the regular season, regular-season record can be quite misleading. So, there isn’t a great method to reseed, anyway.

This was the least radical of the NBA’s three big schedule alterations. But the devil was in the details.