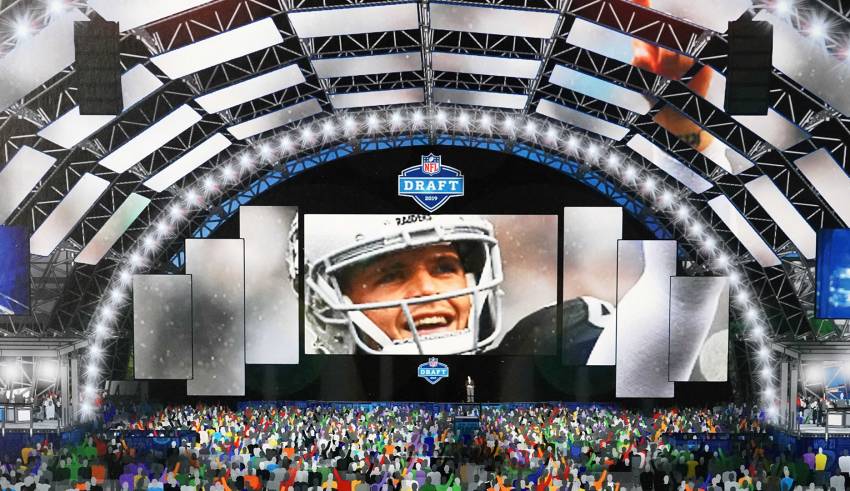 Kansas City’s three divisional challengers in Denver, Los Angeles, and Las Vegas find themselves behind the proverbial 8-ball, but there’s nothing like NFL free agency to help in plugging holes along a team’s roster.

We’ll take a look at each AFC West team’s biggest needs, and how free agency could help bolster each squad in pursuit of next season’s crown.

After getting out to a decent 6-4 start, the Raiders lost five of their final six games to finish with a disappointing 7-9 record. While many pointed the finger at quarterback Derek Carr and what became a lethargic offense, the defense still features more glaring needs for general manager Mike Mayock.

Las Vegas was second-to-last in the league a season ago after forcing just 15 turnovers. Depth in the secondary took an immediate hit after Week 1 when rookie first-round pick Johnathan Abram tore his rotator cuff.

A player like Byron Jones could come in and immediately become the team’s No. 1 cornerback if the Dallas Cowboys indeed choose to focus on re-signing Amari Cooper and Dak Prescott. With more than $50 million in projected cap space, this is a big splash the Raiders could make in their offseason in Sin City.

Linebacker also sticks out as a need, and Las Vegas brass reportedly met with former Cleveland Browns veteran Christian Kirksey this week. The position was a particular issue for coach Jon Gruden after Vontaze Burfict was suspended for the final 12 games of the season. Tahir Whitehead also was released this past week, saving the Raiders over $6 million.

And don’t forget about wide receiver, where the void left by the Antonio Brown debacle forced Tyrell Williams into an unfamiliar No. 1 role. Rookie Hunter Renfrow finished with over 600 receiving yards and four touchdowns, but Las Vegas will need more weapons to surround whatever quarterback lines up under center at Allegiant Stadium in Week 1.

Breshad Perriman is a name that has come up recently, as the 26-year-old attempts to revive his career after a disappointing start.

After trading Emmanuel Sanders to the 49ers midway through the 2019 season, Courtland Sutton filled in admirably as Denver’s new No. 1 receiver. Sutton was targeted 124 times and finished with over 1,100 receiving yards, six touchdowns and his first Pro Bowl nod.

In order to support up-and-coming quarterback Drew Lock, the Broncos must surround the young signal-caller with more talent. Perriman or another speedy outside target like Travis Benjamin could fit in nicely.

The offensive line finished among the top half of the NFL in Pro Football Focus’ run-blocking and pass-blocking grades, but the team still should invest in a veteran guard or tackle that can be relied upon, as 2019 free agent signing Ja-Wuan James hasn’t shown the ability to stay healthy. Someone like Joe Thuney could be a sound investment for the Broncos to protect their potential franchise quarterback.

The Broncos could use major help in the secondary, especially if Chris Harris Jr. ends up leaving. The Broncos’ cornerbacks were in the bottom half of the NFL as a team per PFF grades, even with Harris Jr. being one of the league’s best. Denver already made one move in this regard, trading a fourth-round draft pick to the Jacksonville Jaguars for A.J. Bouye.

There’s a reason Philip Rivers always seemed to be picking himself up off the turf during his final seasons with the Chargers. The team’s offensive line was No. 29 in PFF’s end-of-year offensive line rankings, and hasn’t graded better than 26th among NFL teams since 2014. The skill-position talent has been there for LA in recent years, but without a decent group up front, none of that ends up mattering. Like the Raiders, the Chargers also have over $50 million in cap space to work with, and that should be the top priority when the league year officially opens up.

Now that Rivers and his only NFL employer have parted ways, Los Angeles needs a new face of the franchise. While many are expecting general manager Tom Telesco to select a signal-caller in the top 10 of the upcoming NFL Draft, there are some high-profile quarterbacks on the market this spring. LA does have Tyrod Taylor already signed on for next season, however.

Telesco used the Chargers’ 2019 first-round pick to grab Notre Dame standout Jerry Tillery, hoping he could become a force in the middle of an already-talented defensive line. Instead, Tillery played just 36 percent of LA’s defensive snaps in his rookie season and even was a healthy scratch in Week 14. Expect the team to not repeat last year’s mistake and go after an interior defensive lineman in free agency. A player like D.J. Reader could step right in and make an impact, especially as the team also parted ways with team captain Brandon Mebane.

[RELATED: Why Mariota is perfect free-agent QB option for Raiders]

Obviously a Super Bowl-winning team can’t have a plethora of roster needs, but there are a few spots where Kansas City will need improvement in order to return to the top of the league in 2020.

With three of the team’s four starting linebackers potentially departing in free agency, the Chiefs will need to re-load. If last season’s defensive leader Reggie Ragland ends up being a salary cap casualty — as all-world quarterback Patrick Mahomes awaits a record-breaking extension — the team could look for a cheap option like former Seattle Seahawks linebacker Mychal Kendricks.

Cornerback Charvarius Ward was a revelation for Kansas City after being undrafted a year ago, but the Chiefs also lost Kendall Fuller in a position change to safety and could lose Bashaud Breeland to a higher bidder. They’ll likely address this need in April’s draft, but a diamond in the rough could emerge who GM Brett Veach might have to take a flier on before then.

The team will have to bargain hunters regardless, and might part ways with starting offensive linemen like Laurent Duvernay-Tardiff and Cameron Erving to save cap space for Mahomes and emerging star defensive tackle Chris Jones. Regardless, Kansas City should be focused on protecting their star QB and bringing in depth along the offensive line in either free agency or through the draft. Ronald Leary could be an under-the-radar addition for the Chiefs if any starting linemen end up being jettisoned.