May 31, 2020
Trending
Home NFL Ravens’ running game atop the NFL, across the board – NBCSports.com 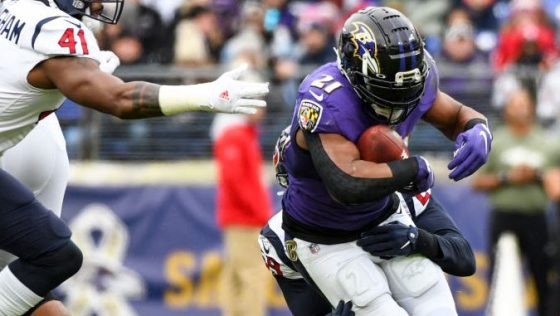 The Ravens have the best rushing offense in the NFL, but saying that doesn’t come close to explaining the extent to which Baltimore’s rushing attack dominates the NFL.

The Ravens lead the NFL in all seven of the major rushing statistics tracked by the NFL: rushing attempts, rushing yards, yards per carry, first downs, touchdowns, rushes of 20 or more yards and rushes of 40 or more yards. Last year six different teams were the leaders in those seven categories. (The Ravens, who led the league in both attempts and first downs last year, were the only team to lead the league in more than one of those categories in 2018.)

Baltimore’s league-leading rushing yards per game average is so far ahead of the pack that no other team is even in the same neighborhood: Baltimore averages more than 200 yards while no other team even averages 150, and the difference between first-place Baltimore (203.1 yards) and second-place San Francisco (149.0) yards, is greater than the difference between San Francisco and the 20th place Rams (97.6 yards).

With quarterback Lamar Jackson and running back Mark Ingram both on pace to finish the season with more than 1,000 rushing yards individually, and the Ravens as a team on pace to finish with 3,250 yards, this Baltimore team may have the greatest rushing attack in NFL history.