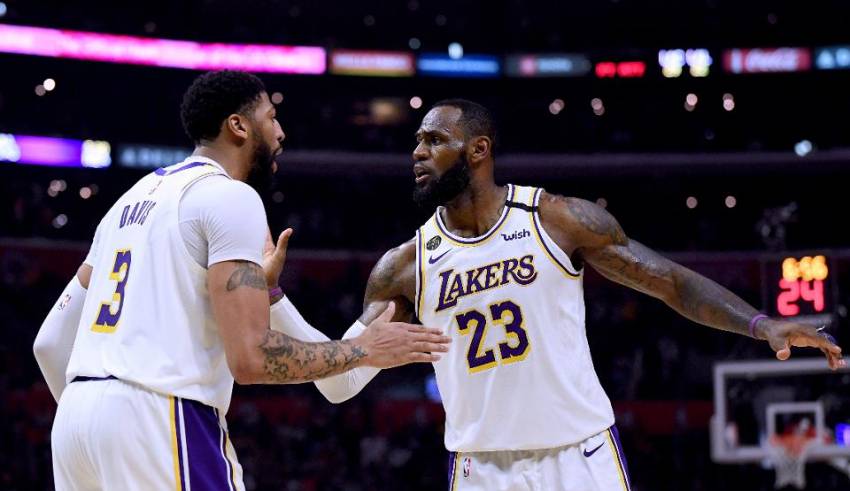 Two per team. Maybe that is about as far as you can go with an NBA roster before you wind up with a replacement team. And that is certain to cast a pall on what is to come in this cobbled-together reboot of the league.

According to one front-office executive whose team will be part of the NBA’s coronavirus bubble reset in Orlando starting at the end of July, although fans can understand that injuries are always a factor in a team’s season and its playoff outlook, there figures to be something different about the way the remainder of this year will go down.

“There is already the question of whether we should be playing at all, everyone has that question and it is a legitimate one,” he told me. “The COVID thing, it has not really gone away, it’s still around in Florida where we’re all going to be. So, I think what is happening is that as players are backing out and as they do not want to play, a lot of people are looking at this like, ‘Is this still our team, is this still the team that represented us all year? Or is this like the NFL strike replacement player season?’ I don’t know how many guys a team can lose before you start to think of it as the same team. One? Two?”

There is something different about players who are pulling out of the restarted season because of a variety of concerns—whether those concerns be family or personal health or a focus on social justice—as opposed to those players who inevitably miss time with groin injuries and hamstring problems. We expect injuries, even terribly timed injuries to very good players, as a part of sports. Teams that can account for the loss of certain players are better-built. Remember that, in their four runs to the NBA Finals, the Warriors were missing Steph Curry for significant playoff stretches twice.

But players declining to take the floor amid this coronavirus pandemic just has a different ring, a different feel to it than teams coping with injuries in the past. Wilson Chandler of the Nets is the latest to decline a spot in Disney World, for family reasons. Trevor Ariza did, too, for the same reasons. Chandler was not much of a contributor in Brooklyn but Ariza had become a starter in Portland after being traded there from Sacramento.

Avery Bradley will sit out for the Lakers, too, because he wants to remain with his family. He was a starter for the Lakers, one of the catalysts of their most impressive win of the season, over the Clippers right before the March coronavirus suspension hit. Bradley had 24 points and was 6-for-12 from the 3-point line in that game. Davis Bertans, too, will sit out for Washington. He is counting on a big free-agent payday in the offseason and did not want to jeopardize that. At 15.4 points, Bertans was the Wizards’ second-leading scorer.

Dallas’ Willie Cauley-Stein is also declining to return as he awaits the birth of a child. His minutes with the Mavericks were erratic but that’s not really the issue—he won’t be in Orlando, won’t be with the team, won’t be a presence on the roster.

“People don’t understand, every guy on the roster does something,” one Western Conference assistant coach said. “You get someone who is not playing—and they have every right not to, it’s not about that—and it changes the practices, because that guy might be doing something for you in practice that the coach really wants. It changes the interactions, it changes the dinners, it changes the chemistry. Miami does not play Udonis Haslem but you know they love having him on the roster. If you start losing a player, then maybe two, and you bring in a replacement guy, I am sorry, your team is different.”

Now, we are still looking at a limited numbers of roster defections as we careen toward the NBA restart. Losing Bradley, Bertans, Chandler and Cauley-Stein does not change the fabric of the NBA. But that does not take into account the inevitable COVID-19 cases that will spring up in Orlando, the quarantining of players and their removal from the “bubble” if necessary. There will be those cases. There will be replacements. And there will be teams that shape-shift their way through this entire experience.

“It’s two players, really,” the executive said. “You take one player off the team, if he is not the star guy, you can survive. But you take two players, you take two role players out of the 15 guys we have and you’re talking about 15 percent of the team. That changes who you are. We’re going to have some teams that have more, they will be replacement teams. This thing, it is going to have a replacement season feel. I don’t think they want to hear that in the NBA offices but it is the reality.”

Handing Out Awards for Every NBA Team – Bleacher Report