April 07, 2020
Trending
Home NBA Pistons owner Tom Gores on a potential teardown ahead of NBA trade deadline: 'You have to assess everything' – CBS Sports 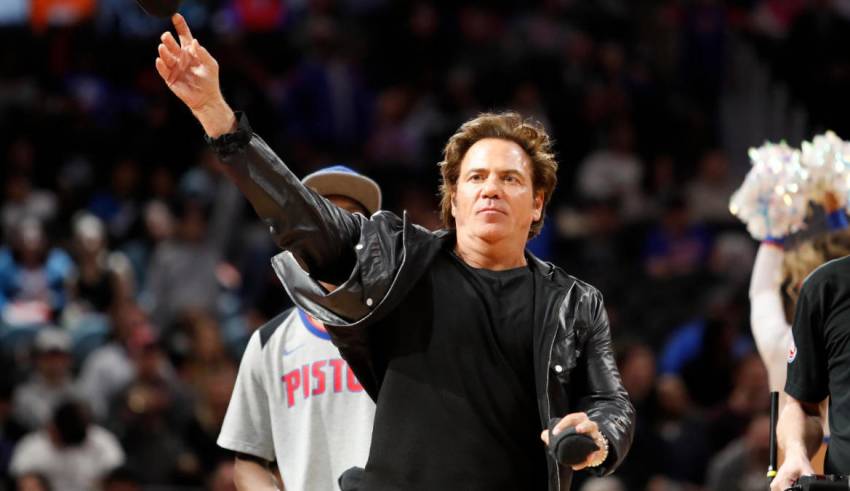 The Detroit Pistons didn’t enter the season with a particularly high ceiling, but they wanted to make progress. They finished 41-41 last season, with a slightly negative point differential, just good enough to make the playoffs and get annihilated by the Milwaukee Bucks. The plan was to build on that, with some development from a group of young players headlined by Luke Kennard and some extra punch from free-agent additions Derrick Rose and Markieff Morris.

The case against this plan was simple: They didn’t have enough talent to jump up a tier in the East, and going after a lower-rung playoff seed would keep them from getting a difference-maker in the draft. Typically, no one wants to be in the NBA‘s murky middle, where they would likely remain even if they managed to make moderate improvements.

Through 35 games, Detroit has failed to even be mediocre. Injuries have completely derailed the Pistons’ plan: They are 12-23, 20th in net rating, with a defense that ranks 24th. Their 126-112 loss to the Los Angeles Clippers on Thursday was their eighth in nine games.

This can be framed as a disaster or an opportunity. Some organizations would take this chance to blow the team up, bottom out and start anew, an option that owner Tom Gores acknowledged on Thursday, via the Detroit News‘ Rod Beard:

Gores, for what it’s worth, doesn’t want to settle for another mediocre season and admitted that with the trade deadline approaching on Feb. 6, he and the team executives would assess where they are and whether it’s time to move in a different direction, such as looking to trade some of their key players to move toward a restart.

“Well, we have to look at everything because we’re not winning, so you’re not winning, to me, you have to assess everything. I think anybody would want to do that,” he said. “And probably in the next month or so, we’re going to get together as an organization and just discuss things.”

On the subject of how to deal with Blake Griffin’s knee injury, Gores said the team would “assess it in the next week or so.” On Andre Drummond’s impending free agency, Gores said that “Andre is going to have to make his choice.” Both bigs would be tricky to trade even if Detroit had decided to start a full-fledged rebuild, but there will surely be suitors for some of its lower-salaried players.

Rose signed a two-year, $15 million deal last summer and several teams could use his pick-and-roll playmaking. Langston Galloway is on a $7.3 million expiring contract, and he has quietly played the best basketball of his career this season. Markieff Morris has never shot better from 3-point range than he has with the Pistons, and he’s making $3.2 million with a $3.4 million player option for next season. All three veterans could help playoff teams if they were to become available.

Detroit could talk itself into sticking things out and trying to salvage the season. The East is top-heavy, so only 3.5 games separate the eighth-place Orlando Magic (15-19) from the lowly Pistons. Reggie Jackson is on the verge of returning to the lineup, and it’s not exactly a surprise that they have been playing poorly without Luke Kennard, Griffin and Morris. Maybe they can get healthy and be a normal, decent team.

The important questions here, though, are not just about how much Gores cares about fighting for another eighth seed. They are about where the team is going in the next few years. How can the Pistons finish this season feeling good about what they’re building? How can they maximize the development of their young players? Where does Drummond fit into all this? How can they help Griffin get back to last year’s level of production? Whenever Gores and the franchise’s key decision-makers have that discussion, they will need to take an honest look at their overarching plan.