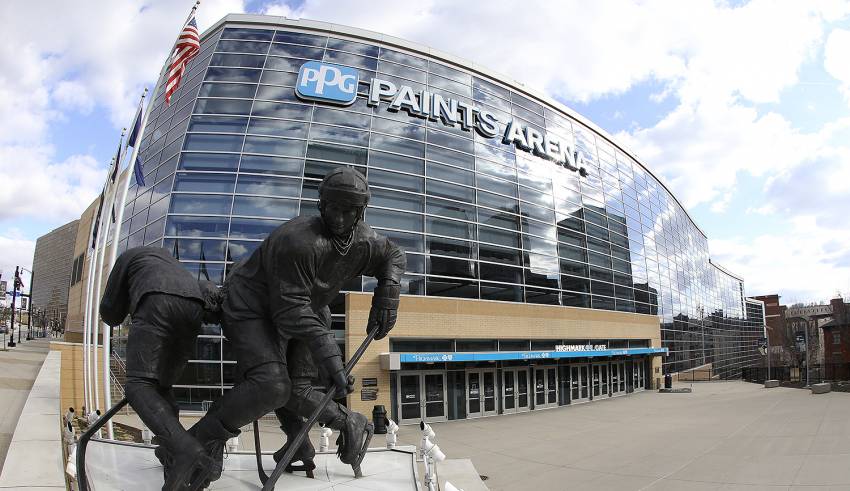 The topic: Picking the best hub city for the Flyers in the NHL’s 24-team Stanley Cup Playoffs plan.

This is honestly quite an interesting debate because while fans won’t be in attendance, location will still greatly play a factor in how teams perform based on a number of reasons.

Right off the bat, while some of the West Coast locations could work on paper because of the amount of hotels and facilities close to the arenas that could host a conference during the playoffs, you have to consider the ice. Outdoor temperature always affects rinks, but imagine having playoff hockey in Las Vegas late July with 102-degree weather.

With the amount of players constantly on the ice, more wear and tear bound to happen because of the high levels of games at a single hub location, in addition to the heat levels — it just seems like a bad recipe.

Two viable options that make the most sense would be Toronto and Pittsburgh. Both locations would be much more manageable weather-wise, have ample number of local facilities for training and, since they are tourist spots, hotels would be able to put up players, staff and whoever else needed to pull this off successfully.

The Flyers haven’t been in Toronto for the playoffs since 2004 for the Eastern Conference semifinals — a series that they won in six games, but struggled away from home ice.

Pittsburgh is a spot the Flyers know well and can be used to their advantage. Their overall record on the road against the Penguins is 58-67-22 and while it’s not the best, the Flyers have had the edge in the playoffs, winning four of the seven matchups between the two teams.

Obviously individual records between the Leafs and Penguins aren’t a huge factor, considering there’s no guarantee the teams would even meet — but having that as a reference for the Flyers’ success at those arenas seemed important to note.

Either way, playoff hockey — the best kind of hockey — is being discussed and I’m sure the league is going to pull through and make the best choices for their players and fans.

I understand there won’t be much of a home-ice advantage without fans in attendance but please, anything but Pittsburgh. I could see how there could be an argument of how the Flyers could possibly be more comfortable in battling in playoff hockey in a setting such as PPG Paints Arena, but there’s just a sense of discomfort I have with the thought of the Flyers having to spend such a lengthy amount of time in the home city of their biggest rival.

With that, I’m going with Columbus, only if that cannon is buried in some storage closet underground far away somewhere. I think Nationwide Arena would be one of the best spots on this list for the Eastern Conference hub city. More specifically, it would be most ideal for the Flyers as it would be the closest option in the country to Philadelphia besides Pittsburgh.

Before I go picking a city here, there’s a really important issue to address. Out of an abundance of concern for everyone’s health (and understandably so), the Canadian-U.S. border is still closed. Which means that if you’re a non-Canadian, you can enter Canada, but only if you’re healthy and have a work visa. That includes most NHL players and team personnel who are not from Canada but are employed by a Canadian hockey club. Even so, those people with visas must quarantine for 14 days, which makes me wonder how a Canadian hub city would work considering the current guidelines and the number of teams that would hold their camps in the United States. I may just be missing something here, but border barriers still seem to be an issue.

Operating under the assumption that current guidelines continue, it seems the best way to go would be two cities in the United States (I guess?).

For the East, I’d like to see it in Columbus. That is, if and only if, there are not thousands and thousands of Ohio State students around. From some quick research it seems OSU is aiming to announce its plans in mid-June for the fall semester, which could, and probably would overlap with the NHL’s postseason. If it opts out of in-person classes, Columbus is an ideal location.

The city has two arenas capable of hosting NHL games, Nationwide Arena and Value City, where the Buckeyes play. Both are outfitted with the necessary broadcasting equipment to be able to bring the game to the fans at home. And, while I’ve heard that geography doesn’t actually concern the player that much, it is one of the few cities in the eastern half of the United States.

I’m going to choose a building the Flyers are very familiar with — Scotiabank Arena in Toronto. Familiarity isn’t a bad thing, and the Flyers know Toronto well, it’s a hockey hotbed, and I’m sure the buzz will be palpable. However, with the absence of fans, the Flyers would get to play in a great hockey atmosphere, minus the raucous hostile crowd that usually awaits the orange and black for a game in Maple Leaf country.

While the idea of playing in a place like Pittsburgh and winning in enemy territory on the Penguins’ ice sounds appealing, there are plenty of factors already at play here, namely getting back in game shape, trying to recapture the momentum the Flyers had before the NHL pause, as well as health concerns. The last thing Alain Vigneault and company need is for the arena they’re playing in to become another character in what is already the most complicated script the NHL has ever written.

It’s important to note that the Eastern Conference’s tournament could be held in a Western Conference city, so the 10 cities under consideration — Chicago, Columbus, Ohio, Dallas, Edmonton, Alberta, Las Vegas, Los Angeles, Minneapolis/St. Paul, Minnesota, Pittsburgh, Toronto and Vancouver, British Columbia — are all possibilities for the Flyers.

From that perspective, Pittsburgh might not be the most attractive city among the 10. But from a hockey standpoint, it feels like a good fit for the Flyers.