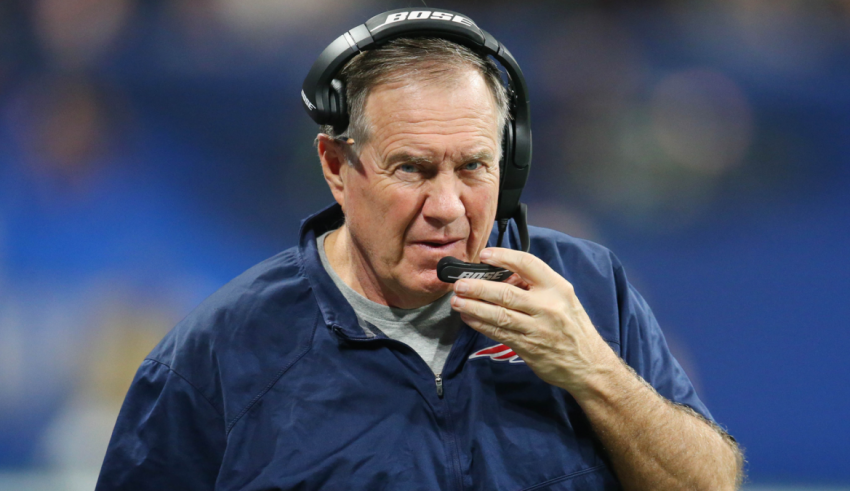 The New England Patriots have received their penalties from the NFL after members of their television team were discovered recording from the Cincinnati Bengals‘ press box during the Bengals’ home game against the Cleveland Browns last season. The Patriots will lose a third-round pick in the 2021 NFL Draft and pay a $1.1 million fine with their crew not allowed to record games during the 2020 season, according to ESPN’s Adam Schefter and Mike Reis.

The Patriots will not contest the NFL’s penalties, per Reiss.

The footage recorded by New England shows coaches signaling on Cincinnati’s sideline, according to NFL.com. Per The Athletic, the 8-minute video shows a “direct view” of the Bengals sideline and keeps its focus there the entire time.

The Patriots claimed in December 2019 that their production team was at the game to profile an advanced scout for an upcoming “Do Your Job” series. The statement also made clear that the video production team is independent of the team’s football operations. And while New England acknowledged that its production team was credentialed for the game, it said the failure to inform Cincinnati and the NFL of he taping plans was an “unintended oversight.”

Patriots coach Bill Belichick, during a conference call with the media, denied having any involvement with the production team’s recording of the game.

“We’re competitive and we’ll try to be competitive in every area,” said Belichick, who was fined $500,000 back in 2007 after a team employee was discovered recording unauthorized footage of the New York Jets and Green Bay Packers. “But we don’t knowingly, intentionally want to do anything that’s across the line.

“But since [the events of 2007] happened, I’d say we’ve tried to keep a good distance behind the line and not maybe take it as far as we might have in the past. But it’s never really fundamentally changed there.”

In 2015, an in-depth report by ESPN unveiled the extent of the Patriots’ illegal recording during their first championship run. Included in ESPN’s reporting is an excuse that Pats videographers were given if they were caught in the act. The excuse included in the report is in line with what they have said with regard to the December 2019 incident.

The news of the Patriots’ punishment came just moments after Schefter reported that New England had come to terms on a one-year deal with free agent quarterback Cam Newton.