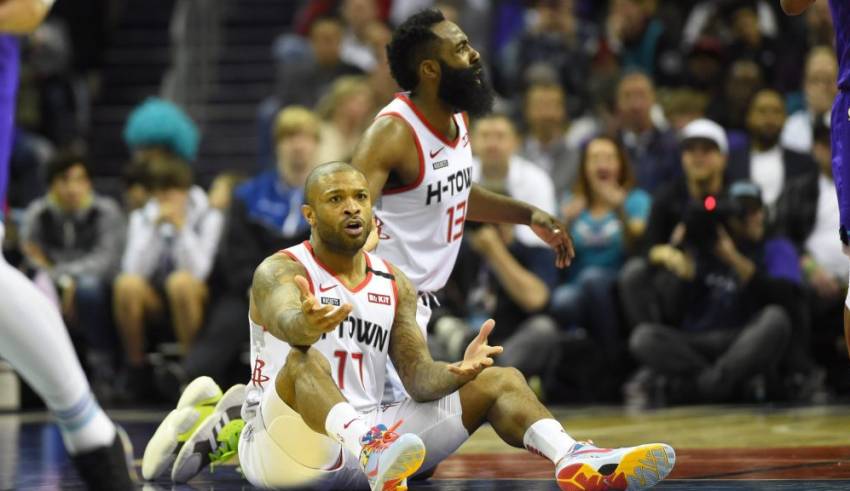 Outside of practices and eventually games, NBA players who have traveled to the league’s bubble complex near Orlando are encouraged to practice social distancing as much as reasonably possible.

While masks and six feet of distancing are options for many social activities to minimize potential COVID-19 risks, the safest option of all is for players to spend lots of off-court time in their hotel rooms.

Houston forward and renowned NBA veteran P.J. Tucker gets the concept, but the standard room televisions at Disney’s Grand Floridian (where the Rockets are staying) don’t quite have the comforts of home. And for at least the first six weeks of their stay, NBA players — who arrived this week — are not allowed to have family members visit.

As a result, Tucker upgraded his stay by securing an 85-inch Samsung TV for his room. Tucker said before his team’s trip that he’s planning on 90 days in Florida, which would mean an NBA Finals berth for the Rockets. In turn, that would be plenty of idle time to pass when not playing.

Tucker shared the news in stories to his Instagram page.

Known best for his defense, toughness, leadership, and corner 3-point shooting, Tucker is averaging 7.1 points (37.0% on 3-pointers) and 6.9 rebounds in 34.4 minutes per game for Houston this season.

Now 35 years old, Tucker hasn’t missed a single regular season or playoff game since signing with the Rockets in July 2017. Dating back to the 2012-13 season, he’s played in more games than any NBA player.

Tucker and the Rockets (40-24) will enter the restart tied for the No. 5 spot in the tightly packed Western Conference, and they can finish anywhere between No. 2 and No. 7 when the regular season concludes. They have already clinched their spot in the 2020 NBA playoffs.

7:30 AM ET Which players are opting out of the 2020 NFL season because of concerns over th…