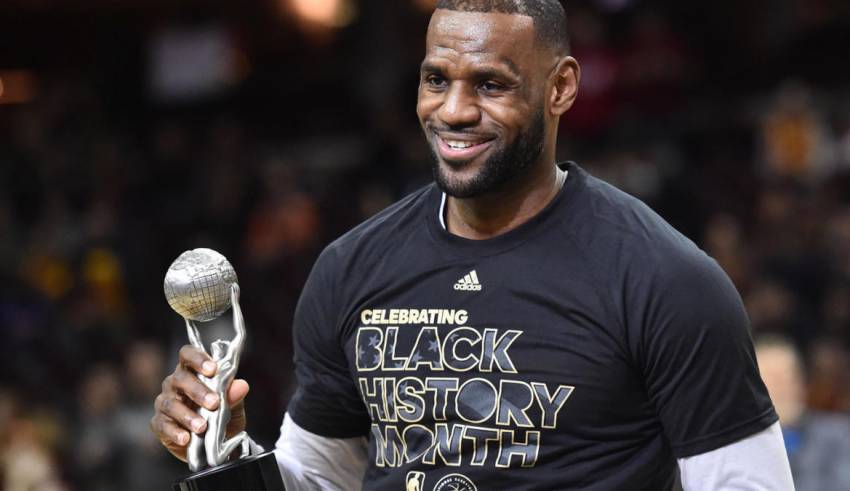 The 92nd Academy Awards are set for Sunday, and while that means quite a bit to everyone nominated and all the cinephiles out there, some NBA fans couldn’t care less and will be tuned into Clippers-Cavs instead. Other NBA fans might know “1917” as the year legendary Celtics coach Red Aurbach was born, not as the title of this year’s presumptive “Best Picture” favorite. You might hear “Joker” and think of All-Star Denver Nuggets center Nikola Jokic, rather than the transcendent performance that could win Joaquin Phoenix his first Oscar.

So, in what is becoming an annual tradition, we decided to make an NBA version of the Academy Awards. We’ve selected several categories (not all of them — how do you make an NBA version of Production Design?) and handed out our own Oscars to players in the league who have been at the top of their class in one way or another throughout the 2019-20 season. Please enjoy, and we promise this won’t take nearly as long as the real Oscars.

Best Actor in a Leading Role

You rarely see the NBA fine players for flopping anymore, so you have to do something pretty egregious to get penalized. We’d say this qualifies. Clippers point guard Patrick Beverley was fined $5,000 for flopping not once, but twice on the same play while guarding James Harden in November.

First he throws his head back after it appears he wasn’t even touched, then he vaults backward like he’s just been hit by a Mike Tyson body shot after getting a forearm from Harden. If this whole basketball thing doesn’t work out, Beverley could make some good money teaching an acting class in L.A. — at least enough to cover the fine.

This past summer was one of the most active and exciting free-agent frenzies in recent memories, with most players agreeing to contracts within the first couple days of July. Kawhi Leonard, however, took his sweet time making a decision while being courted by the Toronto Raptors, Los Angeles Lakers and Los Angeles Clippers. His decision became an international spectacle, with paparazzi chasing him from airport to airport and stalking SUV’s riding down the freeway.

Eventually, Leonard not only signed with the Clippers but he also reportedly refused to play there unless they also brought in Paul George from the Oklahoma City Thunder. The Clippers orchestrated a massive trade in which they gave up Danilo Gallinari, Shai Gilgeous-Alexander and five (yes, five) first-round picks. On top of that, some suggested that Leonard may have intentionally strung along the Lakers so that they would miss out on key free agents, knowing he would sign with the Clippers all along.

And after the Clippers bent to his will, Kawhi signed a three-year contract with a player option for the third year instead of a max four-year deal — which means he and George can both be free agents in 2021. Kawhi called all the shots during his free agency this summer, which earns him the award for best directing.

There have been countless tributes around the NBA following the death of Kobe and Gianna Bryant, and Los Angeles Lakers forward LeBron James honored them with a touching speech before the team’s first game following the tragedy. Almost a week later, James paid tribute to Bryant mid-game, throwing down a breakaway dunk nearly identical one that Kobe did 19 years prior on the same basket at Staples Center.

If that doesn’t give you chills, I don’t know what will.

Leading the list of “unlikeliest rap beefs of 2019” is the exchange between Trail Blazers guard Damian Lillard and Hall of Famer Shaquille O’Neal. Lillard claimed to be the best NBA rapper of all-time, and O’Neal responded with a diss track aimed in Lillard’s direction. Predictably, Lillard clapped back with a track of his own which, according to the common consensus, won the battle. (WARNING: Some explicit language in the song)

Lillard went after everything from Shaq’s basketball abilities to his acting career, and of course tore down O’Neal’s self-proclaimed prowess as a lyricist. There doesn’t seem to be any bad blood between the two, as Shaq later stated that the back-and-forth was “just for fun,” but Lillard certainly got the best of him this time around.

The lesson has been learned: Don’t go at Serge Ibaka about his scarf game and expect to get away with it. A hilarious exchange between Ibaka and his Toronto Raptors teammate OG Anunoby about cold-weather neckwear evolved into the most glorious fashion battle of the NBA season. The argument aired on YouTube on Feb. 2, and three days later Ibaka and Anunoby showed up to their 119-118 home win over the Pacers looking like this:

It’s close, but in my humble opinion, Anunoby’s head-wrap style falls just short of Ibaka’s homage to Lenny Kravitz. No matter who wins in your book, the duo combines for the best costume design of the NBA season.

Is there anything Luka can’t do? Not only did Doncic put up a 41-point, 12-rebound, 11-assist triple-double in the Mavericks’ 122-111 win over the Detroit Pistons in Mexico City, but he also took the mic before the game and addressed the crowd in impressively fluent Spanish. Poor Blake Griffin was forced to follow him, and did his best to laugh it off.

Isaiah Thomas was having a decent year for the Washington Wizards before being traded to the Los Angeles Clippers ahead of the deadline, averaging 12.2 points and 3.7 assists on 41 percent 3-point shooting. But the highlight of his year may have been his incredible Halloween costume. Thomas, who stands 5-foot-9, donned a wonderfully constructed outfit as an Oompa Loompa from “Willy Wonka and the Chocolate Factory.”

Thomas being able to poke fun at his relatively diminutive stature for an NBA player shows a ton of humility, particularly since he’s likely had jokes about his height hurled his way his entire life. Kudos (or Wonka bars?) to Thomas for being able to laugh at himself.

There was an unusual amount of whining about the All-Star Weekend selections this year. Spencer Dinwiddie complained about not being selected for last year’s Skills Challenge shortly before being selected for this year’s. Eric Goodwin, the agent of 76ers rookie Matisse Thybulle, wrote a pointed tweet directed toward the cleverly spelled “ASSistant coaches” for not selecting his client for the Rising Stars game. But no reaction to a perceived snub was more incendiary than Pelicans rookie Jaxson Hayes, who released an incredibly NSFW video after not being selected to the Rising Stars game. He used some, shall we say, colorful language to describe his employers.

“This is all I’m going to say on the subject bro. Because all of you want to keep sliding up and saying, ‘Oh you should have made it.’ Yeah, I should’ve bro. But I didn’t. So, I mean, it is what it is. The NBA is a bunch of bull—-. The NBA can really suck my d— for all I care. I hope y’all see this by the way and fine me. I work in a f—— political league that’s all about politics and it is what it is.”

For what it’s worth, Hayes is averaging 8.1 points, 4.4 rebounds and one block in 18.3 minutes per game this season. We’re not quite sure whether he got snubbed or not, but the reaction was quite a shock. Hayes quickly apologized for what he said in the video, but it was enough to earn him Best Live Action Short Film. We’re anticipating next year’s sequel if he gets passed over once again.