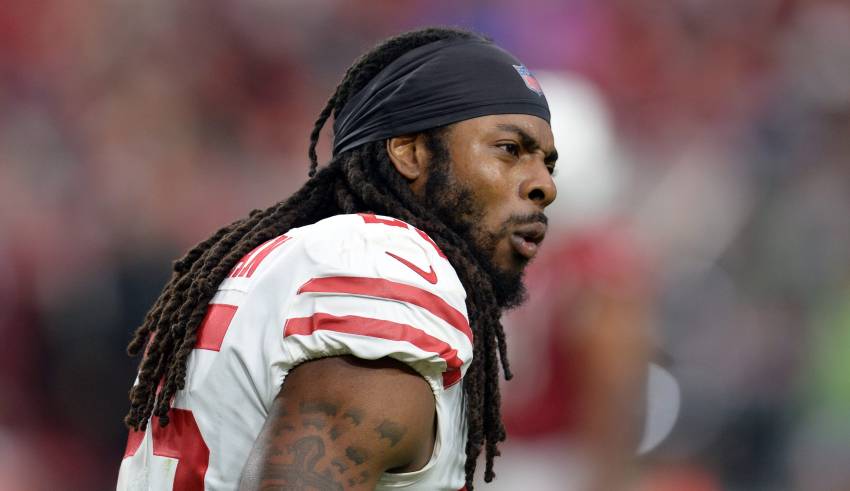 What’s the rush? It’s wrapped in the alternatives.

As roughly 2,000 NFL players are charged to submit ballots to ratify or reject a 10-year extension of their labor pact, one driving force – on top of instant pay increases for the large segment of rank-and-file members playing on minimum salaries – is apparently the threat of another NFL Labor Armageddon.

In other words, if the measure fails, all hell is poised to break loose next year.

That’s a fear-factor layer to this voting process. Think of the history-repeats-itself type of chaos that could occur: Lockout. Strike. Union decertification. An antitrust lawsuit. It’s possible, too, that without a collectively bargained deal, NFL owners would attempt to play a hole card and impose a system that would hardly pay or resemble the existing set-up.

Don’t want to play 17 games? Well, what about an 18-game schedule? Shocked by rising quarterback salaries? Well, how about a cap-within-the-salary-cap?

“It would probably be a system that’s worse than the system that we’re working under now,” DeMaurice Smith, executive director of the NFL Players Association (NFLPA), pondered to Mike Florio during a Pro Football Talk (PFT) podcast. “And they would basically dare the players to strike under that system.”

Or decertify and sue on antitrust grounds.

Such scorched-earth scenarios present more items for discussion as the NFLPA kicks off its annual meetings on Sunday at the Ritz-Carlton in Key Biscayne, Florida, against the backdrop of serious division among player leadership about the merits of the deal now under ballot box consideration.

To reject the labor deal in front of them would take a large, collective force of conscientious players – not the historical hallmark of NFL players – to face up to serious fears while holding out hope for a better deal.

Of course, nobody on either side wants to see a work stoppage. Yet with billions of dollars riding with labor peace – and conceivably with the NFL’s prospect of another round of blockbuster TV contracts – the threats can hardly be dismissed. If the proposed labor deal fails, owners have already threatened with a vote to see the current CBA to its expiration following the 2020 season – which would start the clock on another type of nasty NFL labor war.

“Timing is everything,” Dallas Cowboys owner Jerry Jones warned during a media session at the NFL scouting combine. “It is critical that we all recognize where our timing is.”

Given labor law protocol, Smith can’t publicly urge his membership to ratify the deal. But it’s obvious, as the leader of the NFLPA’s negotiating team, that he sees the proposed CBA as the best course of action, despite a split in player leadership seemingly rooted in the 17-game schedule owners have demanded. Smith has pointed to substantial increases the proposed deal affords “core players” – typically those with three to six years of experience, many of whom are on minimum contracts. That was a major concern during union meetings at team headquarters last season.

Smith told PFT, “I’m proud of the deal.” That position could ultimately make or break his prospects for a long-term future leading the NFLPA.

Jones was, as usual, one of the key figures in the negotiating sessions, and the only NFL owner who has dared to speak publicly about the deal as it remains unresolved while in the voting process. And he’ll be front-and-center for negotiations for the next TV broadcast deals, which by some estimates could increase as much as 50% from the current $5 billion per year payout.

When I asked Jones about ramifications attached to new broadcast deals, he maintained that 100% of industry experts he has consulted with indicated “that now is better than a year from now” for sealing new TV network packages. That’s speculative. Part of that thinking, though, is related to the idea that after two years of NFL ratings increases, the potential for a 2020 dip exists, if history can be an indicator. There’s a presidential election looming, which threatens to take NFL viewers away, as it did in 2016 when ratings slid 8%.

That’s another type of fear factor in this equation.

“Now only God knows that,” Jones said of the election-year threat. “But the point is, just from that experience alone, the stars are aligned right now for us.”

It’s crunch time. Or so it seems. Players have until 11:59 p.m. EDT on Thursday to submit electronic ballots. If more than half of those who vote accept the deal, as much as $5 billion would shift to the players’ side of the ledger over the next 10 years as their percentage of revenue would increase to 48.5% from the current 47%. For the 2020 season alone, $175 million would immediately shift to players. There is $300 million in benefits to retirees in the mix, too.

And with new TV deals, it’s easy to project that annual league revenues would surpass $20 billion.

“You really do have to have some inordinate, positive juice to grease the skids,” Jones said. “And we happen to have it in the NFL. And it’s called our revenues.”

Of course, all that extra cash is contingent on the 17-game season that owners demand – and some players strongly oppose because of the extra toll it takes on their bodies. NFL owners dictated they wouldn’t do an extension if it didn’t extend the regular season, pushing the idea that the extra games (and extra playoff games) would appeal to networks as better content.

Yet Aaron Rodgers, the Green Bay Packers’ star quarterback, has wondered whether the same could be achieved with 16 games spread over 18 weeks that would give each team two bye weeks per season. Hmm. In the name of player safety and body preservation, Rodgers makes a good point.

And remember, during the week of the Super Bowl, savvy 49ers cornerback Richard Sherman – a credible player activist who serves on the NFLPA’s executive committee and a potential candidate to replace outgoing president Eric Winston — wondered whether 17 games was merely the gateway to the end game of an 18-game season.

It’s unclear whether the high-profile voices of opposition – which in addition to Sherman and Rodgers include J.J. Watt and Russell Wilson – are strong enough to sway a significant portion of the rank-and-file members to reject the proposed CBA. With an estimated 60% of players playing on minimum contracts, the so-called “have-nots” certainly have the numbers to carry the vote.

Even with valid arguments for holding out for a better deal (and maybe one that would scrap “franchise player” tags), the reality is that most NFL players have a limited shelf with an average career span of 3 1/2 years. For many of the players who stand to gain instant six-figure salary increases, there may not be the time to stomach a work stoppage or an antitrust legal strategy that could take as long as four years … to ultimately be resolved with more collective bargaining.

Surely, NFL owners are banking on the appeal to the rank-and-file membership to seal the deal. We’ll see.

The two-minute warning is here. Soon we’ll learn whether the NFL’s labor issue is headed to sudden-death overtime.