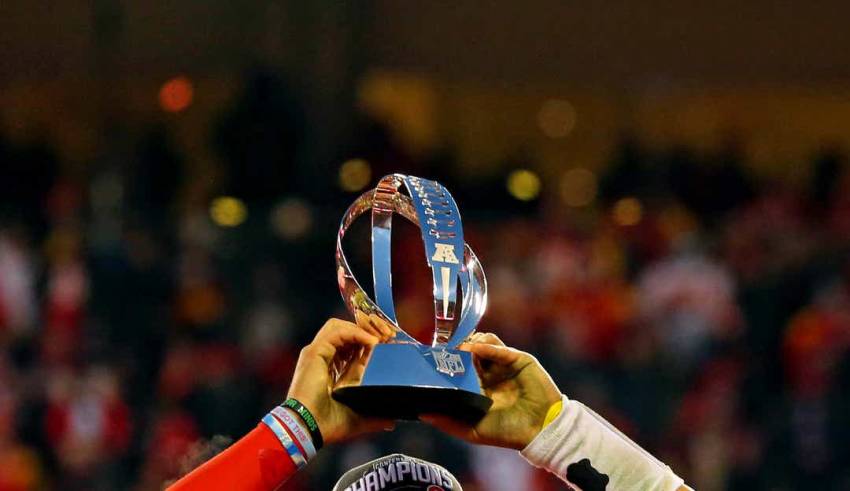 There’s no better way for the NFL to wrap up its celebration of its first 100 years than by showcasing its future.

The Kansas City Chiefs and the San Francisco 49ers might not have been the Super Bowl matchup anyone expected when the playoffs began. Certainly not when the season began. But it’s fitting in this, the 100th season of the NFL, the Super Bowl will feature the game’s best young quarterback in Kansas City’s Patrick Mahomes and its best young defensive player in San Francisco’s Nick Bosa.

“I knew I wanted to be in this moment,” Mahomes said of what he learned from falling short in last year’s AFC title game, “being able to play for this game to get to the Super Bowl.”

REVIS CALLS OUT SHERMAN: And, of course, Sherman snaps back

WHAT WE LEARNED: 32 things to know from conference title games

The NFL is driven as much by its star players as its marquee teams. And for much of the last 20 years, it has been in the very capable hands of Peyton Manning, Tom Brady, Drew Brees, Aaron Rodgers and Russell Wilson. But eras inevitably end, and the looming void has been hanging over the NFL’s head the last few seasons.

If this year has shown anything, however, it’s that the NFL will be just fine.

Mahomes is the reigning MVP, and now has the chance to become the first player to win the MVP and a Super Bowl title before he’s 25. Every Chiefs game features at least one, “Did he really just do that?” moment, be it his four touchdown passes in the second quarter last week or his 27-yard twisting, tightrope-walking TD run Sunday.

“The best quarterback in the National Football League right there, baby,” Chiefs tight end Travis Kelce said. “And he shows it every time.”

Bosa, meanwhile, has energized a 49ers franchise that won all of four games just last year. The No. 2 pick in the draft, he had quarterbacks across the league looking over their shoulders with nine sacks, an interception and two recovered fumbles. He was the only rookie named as a starter for the Pro Bowl.

In the NFC championship, the Packers still had a chance to make a game of it, trailing by just a touchdown late in the first quarter, when Bosa snagged Rodgers by the ankle on third-and-seven and spun him to the ground for a 13-yard sack. Though there was still plenty of game left, it felt as if it was already over, and by halftime it was.

“Bosa has definitely been a difference maker,” 49ers coach Kyle Shanahan said last week. “I’m very glad we have him. I don’t wish 4-12 on anybody, but after going through it, it’s nice what it brought us.”

It is not hard to imagine Mahomes and Bosa, along with Baltimore Ravens quarterback Lamar Jackson, as the poster boys of the NFL for the next decade. And just as Brady and Manning’s recurring rivalry bolstered their star power, so, too, will Mahomes and Bosa facing each other, the best being tested by the best, the one’s ability a measure of the other’s.

But unlike Brady and Manning, who played each other almost every season from 2001 to 2015 and met four times in the AFC championships, Mahomes and Bosa are only assured of playing each other once every four seasons. The only way they’ll see each other in the postseason is in the Super Bowl, heightening the stakes for the Feb. 2 game in Miami.

It isn’t just on the field where the NFL could be – should be – getting a glimpse of its future. While much will be made about Shanahan reaching the Super Bowl at 40 and the young wave of coaches, it is coordinators for both the 49ers and Chiefs who deserve notice.

Robert Saleh, San Francisco’s defensive coordinator, and Eric Bieniemy, Kansas City’s offensive coordinator, are not only the architects of the best units in the NFL but also as responsible as anyone for the development of their team’s young stars. And yet, because both are minorities, they have repeatedly been passed over for head coaching jobs in favor of white candidates with thinner resumes.

This whole season has been focused on the NFL’s glorious past. If this Super Bowl is a preview, its future can be even better.