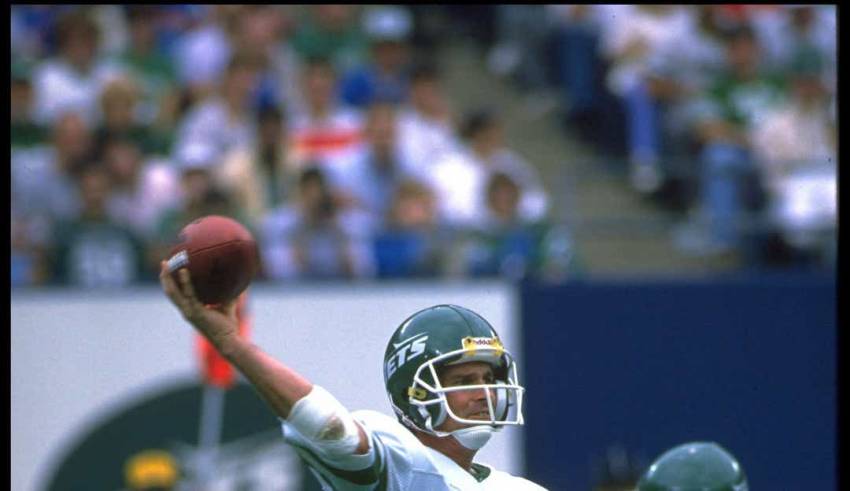 The NFL has opened the door to changing its rule that prohibits teams from wearing different helmet colors.

“There are ongoing discussions for a potential change for the 2021 season, but no decisions have been made,” NFL spokesman Brian McCarthy told ESPN.

The current rule went into place in 2013 in an effort to maximize player health and safety, with the league saying “teams may continue to wear throwback uniforms under league guidelines, but players must wear their regular helmets. The outside of the helmet can be modified by removing or replacing decals, as long as it does not affect the integrity of the helmet.”

For uniform aficionados, this was an unwelcome development.

The Jets changed their uniforms ahead of the 2019 season. What the team should do is turn the clock back to the 1980s, when Ken O’Brien and the New York Sack Exchange were sporting the team’s Kelly green helmets with white facemasks.

Dallas might be the only team on this list with a modern uniform change for the better. Still, the Cowboys’ expansion-era white helmets with the blue star is a great way to switch up their look.

The team’s silver helmets, blue jerseys, silver pants of the Steve Largent era is an underrated uniform in the pantheon of NFL throwbacks. Do the right thing, Seahawks. Even your quarterback is on board.

Between 2009-2012, before the NFL put the kibosh on such things, the Falcons busted out their original red helmet-black jersey look. It’s a decidedly better uniform than the team’s regular hideous getups that it first unveiled in 2003.

The powder blues get all the love, but let’s consider a different throwback for the Chargers. While a throwback to the team’s lone Super Bowl season of 1994 would be swell, the Air Coryell uniforms are an underrated look in the Chargers’ colorful history.

The Bills started wearing red helmets back in 1984, but it wasn’t until a roster loaded with future Hall of Famers made the look famous by reaching four consecutive Super Bowls from 1990-93.

The Broncos’ current uniforms are among the NFL’s worst-ever. Due to that, we suggest they throw it back to two of their former looks. First, the John Elway-era blue helmets and orange jerseys – among the best NFL uniforms ever – and the crazy horse helmets that the team sported from 1962-66.

Whether you’re looking at the Ron Jaworski/Super Bowl XV-era getups or the Randall Cunningham late-80s/early-90s look, it’s a decided improvement from the Eagles’ current drab uniforms.

The longer the Patriots insist on continuing to wear the “Flying Elvis” uniforms, the more appealing the hiking Continental Army man gets.