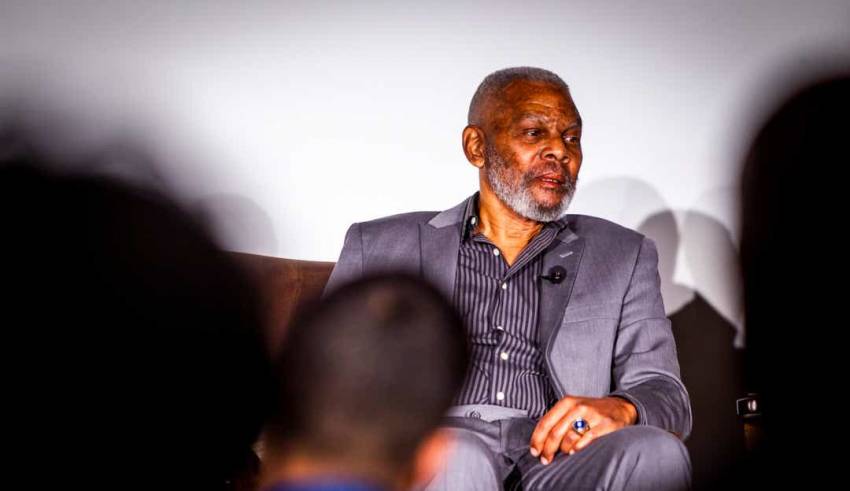 Especially if you’re a fan of the Arizona Cardinals, the Baltimore Ravens, the Dallas Cowboys, the Houston Texans, the Indianapolis Colts, the Kansas City Chiefs, the Seattle Seahawks, the Tampa Bay Buccaneers or that team in Washington.

Or if in the last 50 years you’ve rooted for the Atlanta Falcons, the Buffalo Bills, the Carolina Panthers, the Chicago Bears, the Cincinnati Bengals, the Cleveland Browns, the Denver Broncos, the Detroit Lions, the Green Bay Packers, the Jacksonville Jaguars, the L.A. Rams, the L.A. Chargers, the Miami Dolphins, the Minnesota Vikings, the New Orleans Saints, the New York Giants, the New York Jets, the Philadelphia Eagles, the Pittsburgh Steelers, the San Francisco 49ers, the Tennessee Titans, the Houston Oilers or the wherever-they’re-from-now Raiders.

It all started with Briscoe, the first black quarterback of the modern era. So it’s important to stop and reflect on how he did it.

“I’m the kind of person who never gives up,” Briscoe said last week at Black Bodies in Leadership: Journey of the Black Quarterback, a conversation organized by Arizona State University’s Global Sport Institute.

“I knew it wasn’t going to be a level playing field. Racism was running rampant in 1968 … But the more they did to me, the tougher I got.”

‘I jumped for joy’

These days, Marlin the Magician is a 74-year-old wizard who wears a Super Bowl ring on his left hand and a College Football Hall of Fame ring on his right.

“When Marlin was drafted, I jumped for joy,” said James “Shack” Harris, the first black quarterback to get through his career without having to switch positions.

“I thought I was going to get a chance to play quarterback.”

Briscoe was drafted in the 14th round in 1968 by Denver, then of the AFL. He knew the Broncos wanted to play him elsewhere, so he demanded a tryout at quarterback before agreeing to report for camp.

He got the audition but not the job.

The Broncos tried John McCormick, Jim LeClair and Joe DiVito to start the season. They were a combined 36 for 78 (a dismal 46 percent) with one touchdown and five interceptions.

Briscoe stepped under center in the fourth quarter of the third game of the season, and nothing would ever be the same.

He played 11 games, started five and threw 14 touchdown passes, a Broncos rookie record. But in the offseason, the Broncos held quarterback meetings without him. He was eventually traded to Buffalo in the offseason, where he was switched to wide receiver.

He was able to make progress that eluded Wilburn Hollis and Onree Jackson and Eldridge Dickey.

“Born too soon,” Harris said of all of them.

Briscoe played well enough in 1968 that Harris was drafted in 1969. Five years later, with the L.A. Rams, Harris became the first black starter to win a playoff game. A little more than a decade later, the team he beat, Washington, won a Super Bowl with Doug Williams.

Briscoe got it all started.

“We all came from different generational situations,” Briscoe said. “One influences the other until we get to this point.”