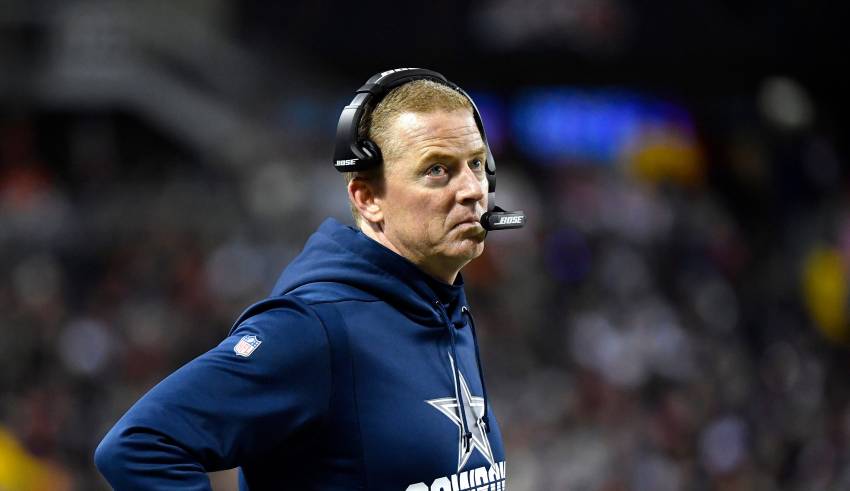 As the NFL’s regular season enters its final weekend, the day known as “Black Monday” looms.

Two teams already have fired their head coaches and more will follow, potentially as early as Sunday. Some teams also could fire general managers as disappointed owners desperately try to revive floundering franchises.

In some cases, changes at head coach are a given. However, the statuses of several coaches remain undetermined as owners and general managers wait to see how season finales play out.

In some cases, according to multiple people familiar with the situation, who spoke to USA TODAY Sports on the condition of anonymity because they weren’t authorized to speak for teams, coaches could save their jobs with strong finishes to the season. However, unsightly defeats by divisional opponents could doom others.

Here’s a look at the teams that could be bracing for the most dramatic changes:

Washington Redskins ⁠— Dan Snyder has found himself in this position many times, but he needs to finally find a solution that will create long-lasting change. The Redskins will hire a new coach after firing Jay Gruden five weeks into the season, and Snyder also should fire team president Bruce Allen, who has overseen a decade of ineptitude.

According to multiple people with knowledge of the situation, Snyder understands the viewpoint that the franchise needs a reset and is considering a complete overhaul, which would include the firing of Allen. However, Snyder also is considering a scenario in which he retains Allen while handing some of his responsibilities off to a high-ranking front office addition. Multiple league insiders said that Allen’s presence makes “many” of the top coaching candidates hesitant to come to Washington. But another person familiar with Washington’s inner workings said that Allen still has a good chance to keep his job.

Regardless of the direction Snyder goes in his front office, his goal is to find a head coach capable of helping a cast of young, promising contributors, including quarterback Dwayne Haskins, reach their potential while luring back a fan base that has largely given up on this organization.

Carolina Panthers ⁠— Like the Redskins, Carolina already has a head coaching vacancy after owner David Tepper fired Ron Rivera on Dec. 3. Tepper has said he wants a coach who will take a modern approach to the game of football, which includes implementing the use of analytics. The Panthers have met with former Packers coach Mike McCarthy about the job, according to multiple reports. Carolina also has a big decision to make about the future of quarterback Cam Newton, who has been sidelined since Week 2 with injuries and has no guaranteed money left on his contract.

Dallas Cowboys ⁠— It’s seemingly all but a given that Jerry Jones will make a coaching change this offseason. Jones has said he believes he has a Super Bowl caliber roster, but Dallas is now a long shot to make the playoffs. After each big loss, Jones drops hints that he sees coaching as the problem. Determined to win another Lombardi Trophy after watching Jason Garrett post winning seasons in just four of his 10 full campaigns, Jones seems ready to pull the trigger with Dallas on the outside of the postseason picture entering Sunday. Look for him to also try to make a splash. The Cowboys need to find a coach who best knows how to maximize the talents of an elite running back in Ezekiel Elliott while also equipping Dak Prescott, whom Jones should make a priority to retain this offseason, to direct a high-powered passing attack. Dallas also needs better consistency out of a skilled but underachieving defensive lineup.

New York Giants ⁠— Pat Shurmur’s two seasons as head coach have been nothing short of disappointing. After going 5-11 last season, the Giants enter Week 17 with a 4-11 mark. Shurmur hasn’t found a way to replicate the offensive success he produced as a coordinator in Philadelphia and Minnesota. Shurmur’s tenure could hinge on the outcome of Sunday’s game against Philadelphia, a person familiar with the situation told USA TODAY Sports. There have been rumblings that the Giants also are evaluating general manager Dave Gettleman, who has made a string of questionable personnel decisions in his two seasons at the helm. However, the sense among multiple people within the league is that his job security is more stable than Shurmur’s.

Cleveland Browns ⁠— Perhaps no team entered the season with more hype than the Browns. But this season has featured more dysfunctional episodes than actual wins, and a lack of discipline and attention to detail has derailed this team. There’s a possibility that Freddie Kitchens could be one-and-done, but there are people within the organization who would like to give Kitchens another chance. Cleveland, however, needs greater leadership and management skills from their head coach to help players live up to their potential and execute with greater consistency. The question general manager John Dorsey must answer is whether a new head coach, or simply an upgrade of Kitchens’ staff, can help the Browns reach their goals.

Jacksonville Jaguars ⁠— Owner Shad Khan already fired vice president Tom Coughlin, and more moves could follow. The owner still has to rule on the future of coach Doug Marrone and general manager Dave Caldwell. The two appeared to be building something special when Jacksonville won 10 games and reached the AFC Championship Game in 2017, but double-digit loss seasons have followed as Coughlin employed harsh tactics and unloaded talented difference-makers. The Jaguars also have decisions to make at quarterback. Nick Foles signed a four-year, $88 million deal this offseason, but he missed 10 games to injury and then was benched for rookie Gardner Minshew after struggling with three straight losses in his return.

Keep an eye on at least one other team: the Atlanta Falcons.

During the Falcons’ 1-7 start, Dan Quinn seemed like a lock to get fired. However, after reconfiguring his coaching staff after the Week 9 bye, the Falcons have won five of their last seven games while splitting games with the Saints, beating the 49ers and sweeping the Panthers. Quinn might have saved his job, especially if Atlanta beats Tampa Bay on Sunday. However, nothing is a given.