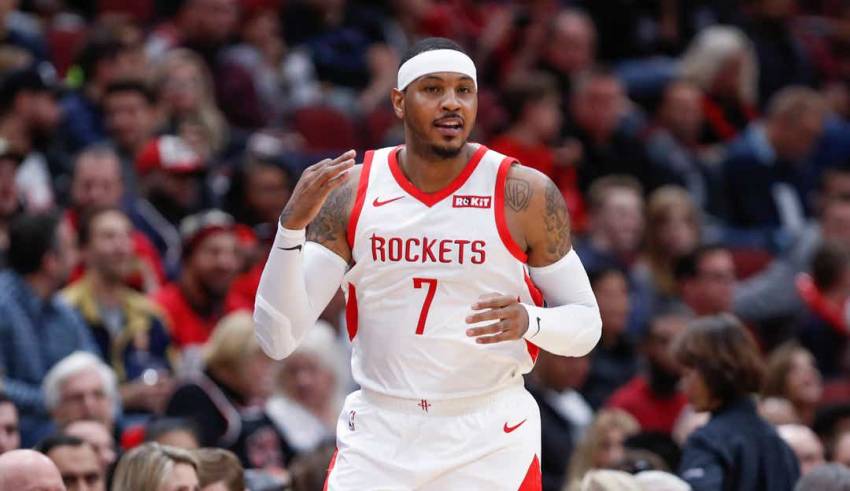 Carmelo Anthony deserves this chance with the Portland Trail Blazers.

Maybe it will work, maybe it won’t. That will play out soon enough.

But Anthony deserves it because of everything he’s done in his career – not in spite of his past three, four seasons where he struggled to accept a different and diminished role as the evolution of the game minimized his game.

The 10 all-star appearances, the 25,551 points (19th all-time), the 24 points per game in his career, the rebounds, even the defense (he may not be a great defender but he doesn’t shy away from it), the three Olympic gold medals — all the things that add up to a Hall of Fame career – earned him this chance.

He also deserves this chance to prove he can accept a bench role with limited minutes and reduced opportunities. He told ESPN’s Stephen A. Smith in August, “Am I willing to accept a certain role on a basketball team? Yes.”

Never one to say this is someone’s last chance — because all it takes is one team to give him another chance — but Anthony at 35 years old and no longer a 35-minute per game All-Star is running out of chances.

And Portland needs help. This is an urgent situation. The Blazers are a disappointing 4-8, and in the deep Western Conference, it’s harder to dig out of a bad spot. The Blazers are 15th offensively, 19th defensively and don’t resemble the team that reached the conference finals last season. The Blazers also have the fourth-worst ranked bench at 29.1 points per game.

Anthony can help. If. If he’s willing to play that role. He says he is. It’s a low-risk gamble for the Blazers, who reached a non-guaranteed deal with Anthony. If it doesn’t work, they can release him, and we can write more about the end of Anthony’s career. If it works, the Blazers get a much-needed spark.

Over the past few seasons, Anthony has been on the receiving end of criticism – some of it fair, some of it heavy-handed. Anthony was one of the NBA’s best players (six All-NBA teams from 2006-2013). But the NBA game began changing in the early 2010s. Space and pace and ball movement were focal points offensively, not isolation-heavy one-on-one style ball in which Anthony thrived.

The game changed, and Anthony didn’t adapt. He has the ability – he can pass, shoot, move without the ball, defend. He just needs to be willing.

The past few seasons haven’t been easy on Anthony, especially when his good friend LeBron James, who was in the same 2003 draft class, excels at the highest level, and his other good friend, Dwyane Wade, who was also in that same draft class, retired after last season with something still left to give.

It isn’t easy to acknowledge diminished skills or even a lesser role. But it’s been done before with grace and class. Look no further than Atlanta’s Vince Carter. Or even check out what Dwight Howard is doing this season with the Los Angeles Lakers. Even if of necessity to continue his career, Howard accepted a bench role, and he’s thriving for a championship-caliber team.

This is Anthony’s chance – perhaps his last – to prove he has something to offer an NBA team.