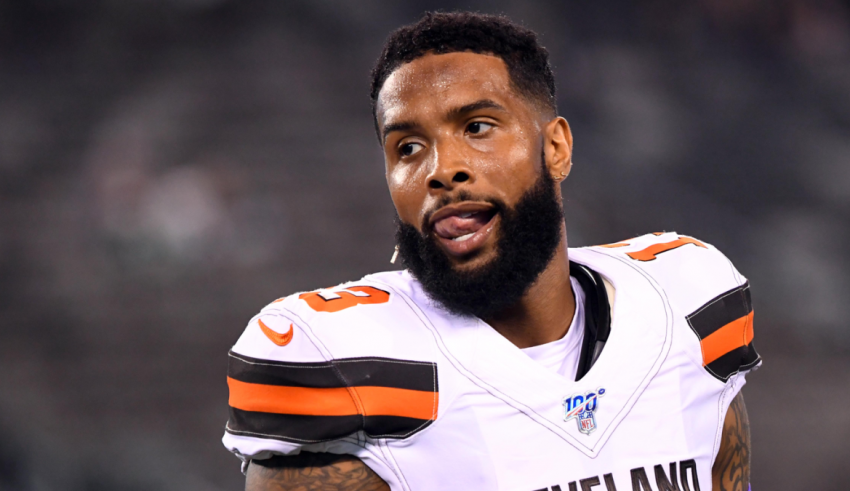 Odell Beckham hasn’t exactly had a great relationship with the NFL this year, and based on his most recent complaint about the league, things probably aren’t going to get any better anytime soon.

The Browns‘ receiver believes that he’s being tested for performance-enhancing drugs more often than other players. In a five-day span following the Browns’ Week 10 win over the Bills, the Browns receiver was subject to a random PED test on two different days. The second test for the receiver came in the hours after the Browns beat the Steelers, 21-7, in Week 11.

“(The NFL) made me come in Monday when we had an off day. Had a drug test,” Beckham said, via Cleveland.com. “Made me come in Thursday after the game. Had another drug test.”

With all the tests that he’s been forced to take this year, Beckham now seems to believe that the testing process isn’t as random as the NFL makes it out to be.

“Nobody is getting tested like me,” Beckham said. “I know people who didn’t get tested for five months in the offseason and I’m getting tested every time.”

Beckham also complained about the league’s testing policy last season while he was still with the Giants.

If you’re wondering how the testing process works, here’s the breakdown from Cleveland.com: There are roughly 18,000 PED tests given each year with 10,000 of those being given to players who are randomly selected. The other 8,000 tests aren’t so random, and are given to players in the league’s “Reasonable Cause” testing program. Basically, if a player has tested positive for a PED before, then he’s likely to be subject to more testing.

Although the NFL didn’t comment on Beckham’s individual case, the league did point out that it’s not even involved in the testing process.

“Neither the union or the league are involved in the random selection of players to be tested,” the league said in a statement, via Cleveland.com. “By means of a computer program, the independent administrator determines which 10 players will be randomly selected each week.”

Beckham isn’t the only player who has complained about the process. During the 2018 season, Panthers safety Eric Reid made a similar complaint about the testing process after he was tested multiple times over a short span. However, the NFL and NFLPA both felt that he wasn’t targeted.

Le’Veon Bell has also complained about the testing process. The Jets running back says he’s not going to take any more HGH tests after being subject to five in 10 weeks.

As for Beckham, this is at least the third time this year that he’s had a beef with the NFL. Back in Week 1, Beckham got in trouble for wearing a watch and an unapproved helmet visor. The Browns receiver was also hit with a $14,037 fine in October for a uniform violation. In that instance, Beckham got in trouble for wearing pants that didn’t cover his knees. Beckham seems to think that the league is singling him out on the uniform stuff. The receiver pointed out in early November that only “15 percent of the league” complies with the uniform rules, but not everyone is getting fined.