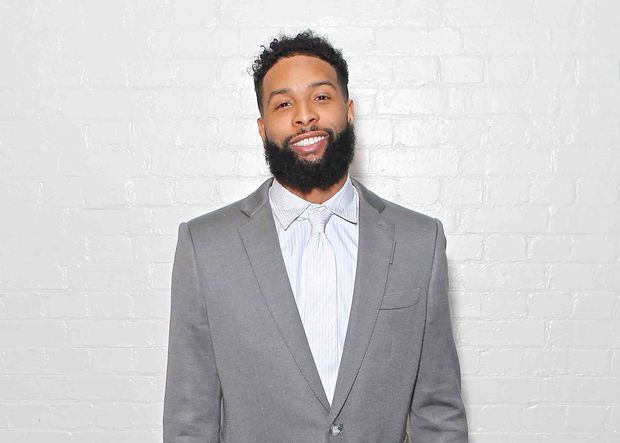 In our series My Monday Morning, self-motivated people tell WSJ. how they start off the week.

After he wakes up around 10 a.m., Cleveland Browns wide receiver Odell Beckham Jr. starts his day with prayer. A protein shake and breakfast are next, and then things get more intense. Every afternoon involves a session with his team of trainers followed by an at-home workout; weights are in the evening. Beckham’s coaches and doctors work with the Browns to design his workout regimen, and this year’s was done in an extra-meticulous way due to the surgery he had in January to repair his abductor and symphysis plate. Beckham, 27, also regularly gives feedback on samples for Brand X, the nutritional-supplement company he co-founded and launched earlier this year. Ahead of the Browns’ training camp and the NFL’s now-cancelled preseason, he traveled to Mexico for a bit of relaxation, flying private to minimize possible exposure to the coronavirus. “I’m actually on a boat right now and as soon as we hop off, I’m jumping in the water and getting on [a] jetski,” he says.

Over the summer, Beckham was living in Los Angeles; he usually lives between Cleveland and Miami. In June, he designed and released a now sold-out T-shirt printed with the words “I Still Can’t Breathe,” donating 100% of the proceeds, which totaled $250,000, to the Black Lives Matter Foundation. Last month, he organized The Bigger Picture, an hour-long roundtable he posted on his YouTube channel, where he talked candidly with fellow and former NFL players Cam Newton, Todd Gurley and Victor Cruz. In the video, Beckham opened up about struggles with mental health and depression that he said stemmed from the way he was portrayed by the media while he was playing with the New York Giants. Here, he tells WSJ. how the video came together, why he doesn’t think the NFL is ready for football season to begin and the advice he has found makes his life a lot easier.

Do you have a go-to breakfast?

I try and get my chef to mix it up because I can’t do the same thing every single day. [I’ll say,] try some new things for me, give me something you want to make.

In the morning, I have my chef prepare them for me. It’s a lot of vitamins, I wish there was one vitamin—that all of them could be combined.

What about caffeine, are you a coffee drinker?

OK, so I think I’m starting to get into coffee but at the same time I don’t necessarily like it, and sometimes it has the reverse effect on me, it doesn’t give me the energy that I’m looking for. But I will have a little cold brew in the morning. And then after that I was doing a lot of Zoom calls with the team and just making sure we were going over our plays, catching up with teammates, coaches, etc.

And then I hit the track [at UCLA or USC], at about 1 o’clock for a track workout, which usually lasts for a little bit of time.

What are your workout and training routines like during the pandemic?

I have track usually Monday, Wednesday, Friday, and then routes would be Tuesday, Thursday. And then every day is pretty much a workout, it’s almost like you’re doing two-a-days every single day. So it’s kind of like, I go to track at 1 o’clock, I’m done by 3, getting home by 3:30. And then I can either hit the workout straight or depending where I’m at, I just need to chill for a minute, relax, eat, just get ready to work out again.

How do you wrap up the day?

I usually do weights late, around 6 o’clock. And then eat, and then I’ll get on the game. I love Call of Duty: Warzone, I heard it’s ruining relationships right now. It’s probably the best game they’ve ever made. That’s my wind down, that’s my time to myself, my time to just block everything else that’s going on. My favorite part [of the night] is the Sleep Vibezzz, the Brand X [sleep supplement]. I’ve even been tracking my sleep, with my Oura Ring. It’s been cool to see how much REM sleep, and how much deep sleep [I get].

In June, you sold a shirt to raise money for Black Lives Matter. Why was that something you wanted to do, and do you plan to do another drop?

Absolutely. I definitely want to figure out how else I can help, how I can be part of the solution. The first drop was cool and we did some great numbers.

I got a tattoo that I haven’t shown anyone yet, a BLM tattoo. It’s a list of all—well, not all, because there’s plenty more—it was a design of a street where they wrote in chalk, all of the names [of victims of police violence], and it was my [phone] background for awhile. I just really liked it.

You also organized The Bigger Picture [an hour-long video roundtable with Cam Newton, Todd Gurley and Victor Cruz discussing the NFL, the pandemic, Black Lives Matter and more]. Where did you get the idea to do that?

It was a collective idea. I love conversating, I love chatting about life, [getting people’s] ideas or opinions, perspectives on stuff. There was no better time, it was on my mind and my heart. People are hesitant at first when you’re putting yourself out there to be judged and for people to have an opinion about what you said. It’s never easy, so I applaud those guys for stepping up to the plate. Everyone has an opinion. It’s freedom of speech for a reason.

You indicated in that video you have doubts about the NFL coming back this season, is that still how you feel? [Editor’s note: This interview took place just before the NFL-NFLPA agreement about increased COVID-19 precautions was announced on July 24.]

That’s how I feel. Obviously with everything that’s going on, it doesn’t make sense why we’re trying to do this. I can understand basketball was already in the playoffs. Five-on-five basketball in an arena is going to be more intense than regular-season games. Hooping is different than playing an eleven-on-eleven contact sport where there’s 80 people in a locker room. We’re not ready for football season. So why are we trying to push forward? It’s obviously for their money. And that bothers me because there’s always been this—and I hate saying it like that—but the owners’ [attitude is], Oh we own you guys, and just kind of that unfairness going on that they don’t see us as human. I just feel like the season shouldn’t happen and I’m prepared for it to not happen and I wouldn’t mind not having it.

[A representative for the NFL said that the players’ health and safety is their number-one priority and that the league has worked to develop a set of protocols to minimize risk for fans, players and personnel that has been reviewed and endorsed by public health officials, including the CDC: “We are committed to playing a safe and complete 2020 season, culminating with the Super Bowl.” He added, “NFL teams embrace all personnel as family and many players for life-long relationships with team management and executives.”]

Have you been reading or watching anything good lately?

I finished a whole Game of Thrones season over quarantine; other than that, I don’t really feel like I have time to watch much. I might try and catch a movie late at night but other than that I’m on games, I’m working out and working on making me the best me I can be.

What do you miss the most right now?

I miss being able to see other parts of the world. [When] I got into the league, I had never really been anywhere and I ended up being fortunate enough to have a little money and be able to take my family and myself places.

What’s one piece of advice you’ve gotten that’s guided you?

One thing that I’ve learned is that you can’t make everybody happy and once I realized that, life got a lot easier. You have to just live your life.

This interview has been edited and condensed. 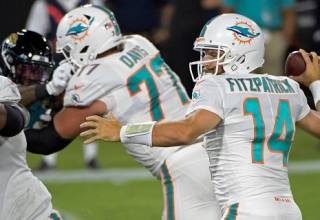 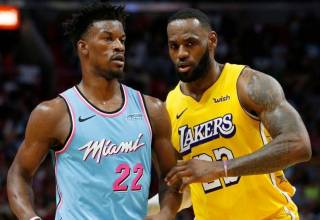