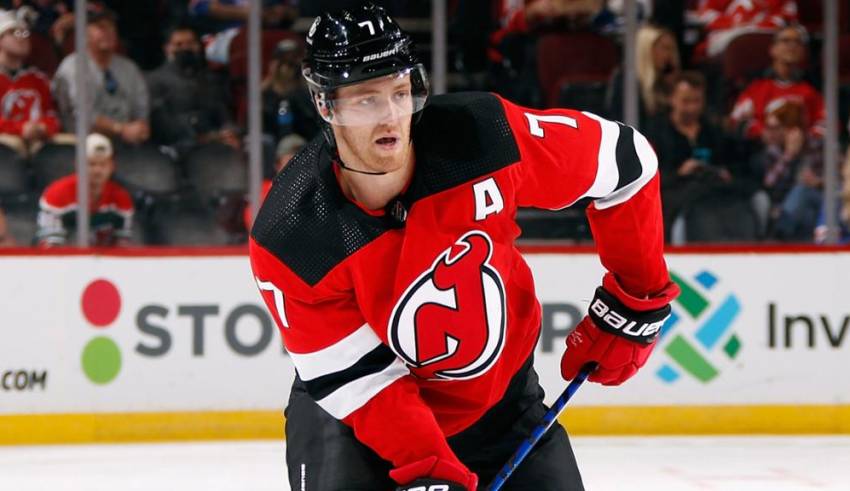 “I felt pretty good, to be honest,” Hughes said. “A little jitters at the start, just because we haven’t played in a while and it’s exciting to go out there and play in front of fans too, but I felt that I went into the game nicely, did what I need to do, got my feet going, made some plays.”

Elias Pettersson also made his debut and had an assist on Nic Petan‘s power-play goal in the second period for Vancouver. Jaroslav Halak made 39 saves.

Connor McDavid and Leon Draisaitl each scored for Edmonton, and Derek Ryan had the go-ahead goal in the second period. Mike Smith made 35 saves.

Oilers forward Zack Kassian left the game in the third period with an upper-body injury and will be reevaluated Friday.

Lightning 6, Panthers 2: Steven Stamkos scored two power-play goals in the opening minute of the third period for the Tampa Bay Lightning in a 6-2 preseason win against the Florida Panthers at Amalie Arena on Thursday.

Owen Tippett had a goal and an assist, and Joe Thornton scored for Florida. Spencer Knight made 17 saves before being replaced at the start of the third period by Christopher Gibson, who allowed three goals on six shots.

Senators 5, Canadiens 4 (SO): The Ottawa Senators scored four straight goals in a 5-4 shootout preseason win against the Montreal Canadiens at Bell Centre on Thursday.

Jeff Petry scored the tying goal for Montreal with 1:00 left in the third period. He gave Montreal a 2-0 lead in the first period.

Jake Allen made 28 saves for Montreal, which played its final preseason game. Earlier Thursday, the Canadiens announced that goalie Carey Price had entered the NHL/NHLPA player assistance program. He was out recovering from offseason knee surgery.

Anton Forsberg made 18 saves for Ottawa, which ends its preseason Saturday at the Toronto Maple Leafs.

Video: Norris scores two goals, one in SO, in Senators win

Red Wings 4, Penguins 2: Tyler Bertuzzi scored in his first game in more than eight months for the Detroit Red Wings in a 4-2 preseason win against the Pittsburgh Penguins at Little Caesars Arena in Detroit on Thursday.

Bertuzzi had not played since Jan. 30 because of a back injury. He scored into an empty net with 29 seconds left.

Joe Veleno had a goal and an assist, and Thomas Greiss made 22 saves for Detroit.

Drew O’Connor and Dominik Simon scored, and Casey DeSmith made 33 saves for Pittsburgh.

Wild 3, Blackhawks 2 (OT): Matt Dumba scored 2:34 into overtime to give the Minnesota Wild a 3-2 preseason win against the Chicago Blackhawks at Xcel Energy Center in St. Paul, Minnesota, on Thursday.

Brandon Hagel tied it 2-2 for the Blackhawks on a penalty shot at 13:29 of the third period after Dumba hooked him on a breakaway.

Joel Eriksson Ek had a goal and an assist, Mats Zuccarello had two assists, and Cam Talbot made 27 saves for Minnesota.

Wild forward Matt Boldy sustained what appeared to be a lower-body injury in the third period. There was no update after the game.

Dylan Strome scored, and Kevin Lankinen made 28 saves for Chicago.

Stars 3, Avalanche 1: Anton Khudobin made 26 saves for the Dallas Stars in a 3-1 preseason win against the Colorado Avalanche at American Airlines Center in Dallas on Thursday.

Michael Raffl scored his first goal with the Stars after signing as a free agent July 29. Joe Pavelski had two assists for Dallas.

J.T. Compher scored with 1:25 left in the third period, and Darcy Kuemper made 26 saves for Colorado.

Coyotes 3, Golden Knights 1: Andrew Ladd had a goal and an assist for the Arizona Coyotes in a 3-1 preseason win against the Vegas Golden Knights at T-Mobile Arena in Las Vegas on Thursday.

Ladd, who was acquired in a trade with the New York Islanders on July 17, scored his first goal with the Coyotes at 10:41 of the third period to make it 3-1.

Christian Fischer scored a power-play goal, and Travis Boyd also scored for Arizona, which played its final game of the preseason. Karel Vejmelka made 25 saves.

William Karlsson scored a power-play goal, and Robin Lehner made 26 saves for Vegas, which plays its preseason finale Saturday at the San Jose Sharks.

Islanders at Devils (canceled): The preseason game between the New York Islanders and New Jersey Devils at Prudential Center in Newark, New Jersey, was canceled Thursday because of a power outage. It will not be rescheduled.

Lighting in part of the arena was unable to be restored.

“In consultation with the Islanders and the NHL, it was determined that the playing conditions were unsuitable for players on both teams,” the Devils said in a statement.

Devils goalie Mackenzie Blackwood was scheduled to start and play at least two periods but did not participate in warmups.