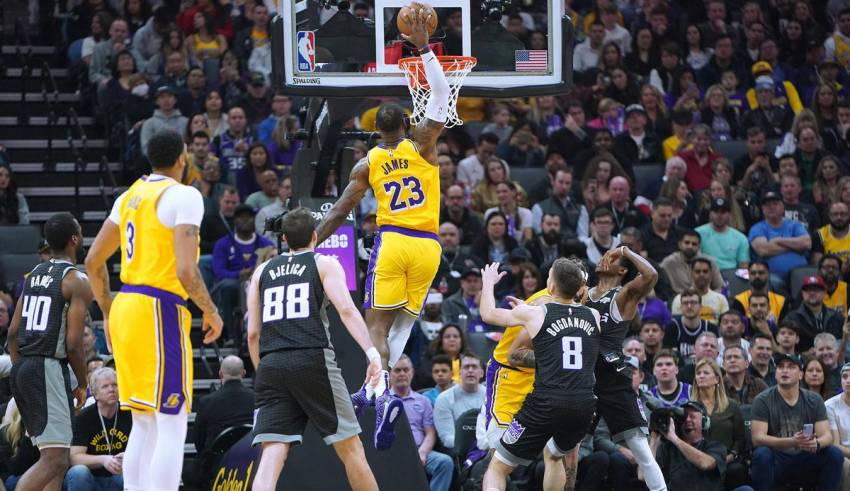 Colorado Avalanche superstar Nathan MacKinnon picked up the puck inside his club’s blue line and skated end to end with it before burying a shot past Vegas Golden Knights goaltender Marc-Andre Fleury in the second period Saturday.

It was a breathtaking play, but one the NHL has come to expect from the 25-year-old center.

That play, which helped the Avalanche to a 3-2 victory, was also a message that things were back to normal — or at lest as normal as they could be in Lake Tahoe at the NHL Outdoors Saturday game on the 18th hole of the Edgewood Tahoe Resort in Stateline, Nevada.

By the time the Avalanche closed out their win, 10 hours and 37 minutes had passed since the opening faceoff. Ice conditions had made the first period look like a Mite game, with players and officials falling down left and right.

When the horn sounded, the NHL first announced a 30-minute intermission to address the ice. The break eventually extended beyond an hour and at around 2 p.m. Pacific, commissioner Gary Bettman made the surprise announcement that the game wouldn’t resume until 9 p.m. (midnight on the East Coast) — picking up where it left off, with Colorado ahead on the scoreboard 1-0.

“The cloud cover is everywhere but where the sun is, it’s doing a number on the ice,” Bettman said.

Officially the league suspended play because the “extreme sun” ruined the ice.

Talk about unusual. If it wasn’t already strange enough to be playing a regular-season game with no fans, or even stands; next to a lake featuring kayakers and a party barge; on a golf course with a mountain-filled back drop — now it turned into a day-night doubleheader.

The night portion of the festivities wasn’t as scenic, but it provided better hockey. Everyone that spoke gave credit to the ice crew for doing an “amazing” job getting the rink back to what the NHL has come to expect from its playing surface.

When MacKinnon went on his tour of the ice with the puck, it was evident the ruts were gone and it was business as usual.

“It feels like a blur, honestly,” MacKinnon told NBCSN. “The ice was bad [in the first period], but we never thought of stopping. I didn’t realize that was a possibility. I thought we were just going to grind it out and head home. I don’t know, just muck it up.

“This was definitely more enjoyable the second and third tonight. It [stinks] the lake and mountains weren’t in the background, but it’s just so sunny at altitude. It’s like that in Denver too. When it’s hot it’s tough. We got it done.”

Colorado was the better-adjusted team from the start. The Avalanche outshot the Golden Knights 17-7 in the first period. The league polled the teams to get a feel for what they wanted to do and when they wanted to resume, and the Avalanche — as voiced by captain Gabriel Landeskog — were ready to just keep playing.

Despite their machismo, the Avalanche players had to know it wasn’t safe to resume. And the NHL deserves kudos, maybe not for rolling the dice that the ice would survive the mountain sunshine, but for adjusting on the fly and producing an event that will make this Covid-19-shortened season more memorable.

The league obviously learned its lesson because it shifted the NHL Outdoors Sunday game between the Boston Bruins and Philadelphia Flyers to the late afternoon in Nevada. The NHL pulled off an event that could open the door to more fan-less, unusual locales — ones that might feature a more traditional game, but will be hard-pressed to match the Lake Tahoe experience for memories.

“It was a unique one and a game people will remember for a long time, I’m sure,” Landeskog said. “Maybe not because of the hockey game, maybe because of everybody falling in the first period this morning. But nonetheless, I think it was a great experience and hopefully the fans that were able to stay up for this game were able to see how special of a place this is and what a great location. I think the NHL, the PA’s done a great job putting this event on. And as I said earlier today, we were fortunate to be a part of this.”