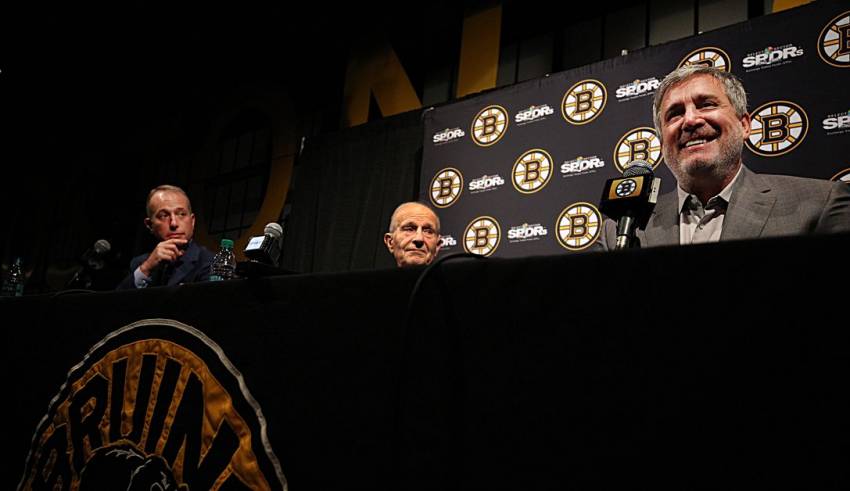 The NHL announced this evening that it will be limiting access to locker rooms to players and “essential employees” of the teams and arenas.

These measures go into effect beginning with tomorrow night’s slate of games. The statement that came out was a joint statement from the NHL, NBA, MLB, and MLS; all four leagues will be adopting the same measures.

These measures are, as you know, in response to the rapidly escalating COVID-19 outbreak. Instead of allowing access to the locker rooms, players and coaches will be made available in dedicated media areas, like the setting in the photo above.

Some teams have already been implementing these measures, including the San Jose Sharks.

You can read the full statement below:

“After consultation with infectious disease and public health experts, and given the issues that can be associated with close contact in pre- and post-game settings, all team locker rooms and clubhouses will be open only to players and essential employees of teams and team facilities until further notice. Media access will be maintained in designated locations outside of the locker room and clubhouse setting. These changes will be effective beginning with tomorrow’s games and practices. We will continue to closely monitor this situation and take any further steps necessary to maintain a safe and welcoming environment.”

It’s hard to blame the leagues for taking this step, as players and media mingling in close quarters seems like a perfect way to spread an illness.

Depending on how the outbreak progresses, the league has already floated the idea of playing games in empty arenas going forward. Other leagues around the world have made similar plans.

For examples, Wolves, who I follow in the Premier League, are going to be playing a Europa League game this week against Olympiakos in an empty stadium in Greece.

With the city of Boston canceling the St. Patrick’s Day parade today, it’s not hard to see the Bruins taking similar steps in the coming weeks if the outbreak can’t be controlled.