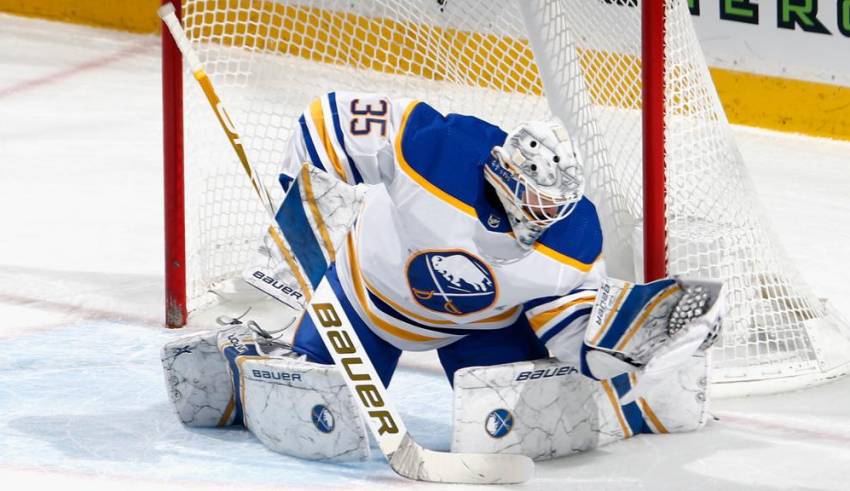 The 2021 NHL Trade Deadline is April 12, and though that’s only three weeks away, most teams are still determining the best way to navigate it with quarantine protocols and a flat NHL salary cap for the foreseeable future.

“That supply and demand equation, I don’t know what it looks like right now,” Tampa Bay Lightning general manager Julien BriseBois said. “I know a lot of teams are in the same situation we’re in where they literally have no cap space or very, very little, not enough to add a player without subtracting. At the same time, the schedule matrix and the divisional format, there’s a lot more four-point games. The teams on the bubble, I don’t know what’s ultimately going to guide their decisions. Are they going to add or try to sell? Will there be more teams standing pat? I don’t know. It’ll be interesting to find out.”

The cost for the top rental players, who can become unrestricted free agents at the end of the season, is expected to be high. Buffalo Sabres forwards Taylor Hall and Eric Staal, New Jersey Devils forward Kyle Palmieri, and Anaheim Ducks forward Ryan Getzlaf are among those who could command a significant return, such as a high draft pick and top prospect.

Those with terms remaining on their contract, including Nashville Predators defenseman Mattias Ekholm (one year, $3.75 million) and forward Filip Forsberg (one year, $6 million), should come at a steeper cost.

And then many teams, most notably the seven in Canada who make up the Scotia North Division, must decide if they can afford to wait to insert a player they acquire into their lineup.

Due to COVID-19 laws in Canada, anyone crossing into the country from the United States must quarantine for 14 days.

“This is all unchartered territory, so we’ll see,” Vancouver Canucks GM Jim Benning said. “I would suspect teams that think they have a good chance to win are going to add a player or two that they think can get them over the hump. We’ll just have to wait and see.”

The divisional alignment and playoff setup also come into play.

With the NHL realigning this season due to the coronavirus pandemic, the top four teams in each of the four divisions will make the Stanley Cup Playoffs.

There are no wild cards, so finishing fifth in the division gets you nowhere, whereas in a typical season it could still get you into the playoffs. That means teams sitting on the bubble (Philadelphia Flyers, Columbus Blue Jackets, Chicago Blackhawks, Dallas Stars, Montreal Canadiens, Canucks and Calgary Flames) must decide if the acquisition is worth the price.

“I think that has come into conversations maybe a little bit more in some people’s minds, whereas you had those fights before at No. 5 and No. 6,” Winnipeg Jets GM Kevin Cheveldayoff said.

The salary cap is a huge component because it’s expected to stay flat and many teams have already exceeded the $81.5 million upper limit by using long-term injured reserve as a relief.

The Lightning have done it with forward Nikita Kucherov ($9.5 million), who is out for the season following hip surgery. The Edmonton Oilers are into LTIR with defenseman Oscar Klefbom ($4.17 million), who’s out because of a shoulder injury. The Washington Capitals are into it, too, with goalie Henrik Lundqvist ($1.5 million) and defenseman Michal Kempny ($2.5 million).

“We’re dealing with a lot of teams this year that are in LTIR, that’s been something that has been a little bit different than in year’s past,” Cheveldayoff said. “There’s a great number of teams, because of the cap situation, that are in different circumstances in how they have to treat deals. Money in, money out, you hear that a lot in different conversations that you have.”

But there was at least some clarity gained last week.

Kyle Dubas said the Toronto Maple Leafs are in the market to add a player or players who are in the final year of their contracts, and the general manager wants to do it sooner rather than later because of the mandatory 14-day quarantine.

“Usually you’d put a premium on getting a player that has future years, but it’s a little bit more complex this year knowing the cap is very likely going to be at $81.5 million,” Dubas said. “Anything that is taken from next year’s allotment, it impacts a number of things.”

The New York Islanders are in the market to add as well because of the season-ending ACL injury sustained by captain Anders Lee, who was leading the team with 12 goals when he was injured March 11.

Lee was placed on LTIR, giving the Islanders flexibility to exceed the salary cap by his prorated $7 million cap charge. That opens the possibility to pursue pending unrestricted free agents such as Hall ($8 million cap charge) or Palmieri ($4.65 million).

“If we have the opportunity to get a scorer, we certainly will do that without sacrificing what is coming for the future,” Islanders general manager Lou Lamoriello said.

Although it’s likely teams will find ways to work around many of the quarantine and cap restrictions to make the trade deadline interesting, the uniqueness of this season has most general managers on the fence in terms of how much activity there will be.

“If we do do something at the deadline … it would be to bring in a player that’s going to have a bigger impact on the team,” Oilers GM Ken Holland said. “Now, when you go that route, it brings you around to the LTIR, dollar in and dollar out. Is it going to be difficult to do a deal? Much, much more difficult than in the past.”