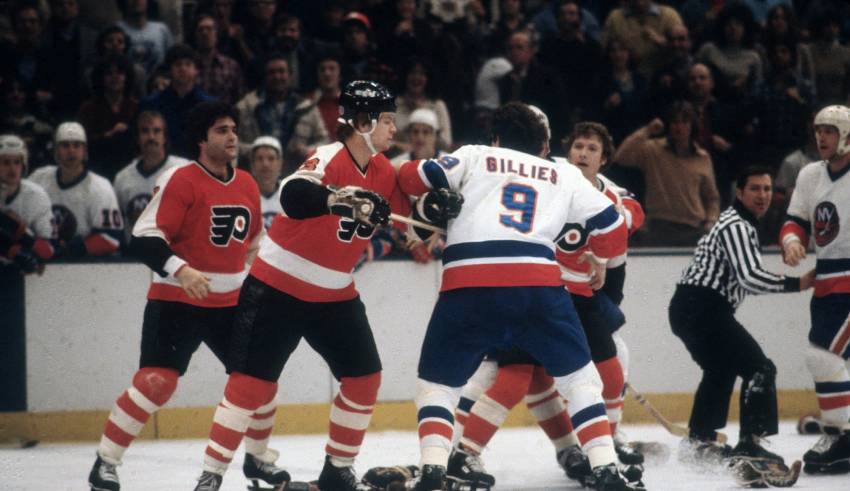 The NHL has always been a physical game to the point a fight breaking out was a regular thing. During the early days of hockey until early 2000, a fight was as common as a face-off.

Then slowly fighting started to decline. Tough guys were asked to play a role other than just fight, meaning every player who was dressed had to contribute in other ways than dropping the gloves.

The fighting aspect of hockey has dwindled down to basically nothing. The fight fans had nothing to look forward and the physical play was non-existent to the point the game was reminiscent of a pick-up game in the winter months.

Is fighting completely gone? Not completely and it could be said that fighting has somewhat come back.

Over the past 2 seasons, it looks as if the fighting numbers have gone up and the physical play is back. The game is getting that aggression back and other players are taking notice.

This, however, is not the same physical and fighting time of Bob Probert and Tie Domi. This is more of a middleweight taking center stage deal, with the odd heavyweight bout taking place.

Players want fighting in the game as a way to protect themselves. This comes after the Director of Player Safety, George Parros, has neglected unsafe hits and injuries taking place after dangerous contact.

The players have always protected themselves in some way or fashion. The players, not just the NHL, were put on notice in lower leagues about fighting.

The AHL and ECHL put in a 10 fight minimum rule, and anything after would be a suspension. This action took down fighting totals in the minors.

Fighting in hockey is good for a couple of reasons. This holds the players themselves accountable, the roughing and tough stuff actually sells more tickets.

Fighting in hockey has been around since the evolution of hockey. Hockey fights will never truly be eliminated from the game and, in recent years, looks like it is slowly coming back.