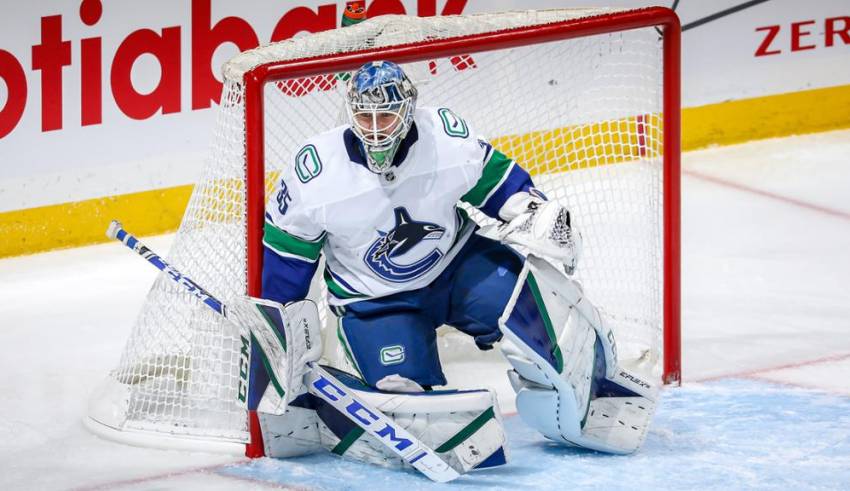 Welcome to the NHL On Tap. Three NHL.com writers will share what they are most looking forward to on the schedule each day. Today, their choices from the seven games Monday.

Pick a streak, any streak. The Colorado Avalanche have a few right now, team and individual, and they’ll try to keep each going when they visit the Minnesota Wild (8 p.m. ET; ESPN+, BSN+, BSWI+, ALT, NHL.TV), who have an impressive streak of their own. The Avalanche have won four in a row and are first in the eight-team Honda West Division. Their 14-game point streak (12-0-2) is the second longest in Avalanche history to the 16-game run they had in 2000-01 (12-0-4). Goalie Philipp Grubauer is 11-0-1 in his past 12 games, tying the Avalanche/Quebec Nordiques record for longest gpoint streak by a goalie, set by Patrick Roy in 1996-97 and Peter Budaj in 2006-07. The Wild have won 11 straight games at home and can become the fourth team in the past five seasons to have a home winning streak of at least 12 games. The Boston Bruins (12 games in 2018-19), Toronto Maple Leafs (13 games in 2017-18) and Washington Capitals (15 games in 2016-17, 12 games in 2015-16) are the others. Minnesota is third in the West, coming off consecutive road wins against the Vegas Golden Knights. Rookie forward Kirill Kaprizov continues to dazzle with 31 points (14 goals, 17 assists) in 36 games. — Tracey Myers, staff writer

Staal set to debut for Canadiens

There’s great anticipation about Eric Staal‘s expected debut for the Montreal Canadiens when they host the Edmonton Oilers (7 p.m. ET; ESPN+, TSN2, RDS, SNW, NHL.TV). The 36-year-old forward has been in quarantine since March 27, a day after he was traded to Montreal by the Buffalo Sabres for third- and fifth-round picks in the 2021 NHL Draft. He scored 10 points (three goals, seven assists) in 32 games for Buffalo. The Canadiens were off Sunday following their 6-3 loss to the Ottawa Senators on Saturday, but the veteran of 1,272 NHL games skated on his own and will join them for the morning skate. Staal, who won the Stanley Cup with the Carolina Hurricanes in 2006, will bring experience and depth down the middle for Montreal, which is 3-1-0 against Edmonton this season. Montreal’s success against Edmonton is largely because it has held Connor McDavid, the NHL leading scorer with 64 points (22 goals, 42 assists), to two assists in those four games, and Leon Draisaitl, the 2019-20 Art Ross Trophy winner for most points in the NHL (110 in 71 games), to one assist. — Dave Stubbs, columnist

Time running out for St. Louis

The St. Louis Blues are 0-5-1 in their past six games and tied for fifth in the eight-team Honda West Division. They lost 2-1 to the Colorado Avalanche on Saturday and their schedule doesn’t get any easier when they host the Vegas Golden Knights (8 p.m. ET; BSMW, ATTSN-RM, NHL.TV) in the first of two straight. St. Louis has four home wins, fewest in the division and tied for last in the NHL with the Buffalo Sabres and New Jersey Devils. Something must change if the Blues are going to keep pace with the San Jose Sharks, who have won four in a row, and the Arizona Coyotes in the division, where the top four teams will qualify for the Stanley Cup Playoffs. Right wing Vladimir Tarasenko has scored eight points (two goals, six assists) in 13 games since returning from shoulder surgery but is minus-8. Goalie Jordan Binnington is 2-8-3 with an .888 save percentage in his past 14 games and can’t seem to find his early season rhythm (7-2-2 in his first 11). Something needs to change for the Blues and Monday against the Golden Knights offers a good starting point. — Rob Reese, fantasy editor

The Jets are 4-1-0 against the Senators and Winnipeg center Mark Scheifele has scored 10 points (three goals, seven assists) in the season series.

The Bruins close a seven-game homestand (3-2-1) with the first of a back-to-back set against the Flyers, who will host the rematch Tuesday.

Canadiens forward Tyler Toffoli is tied for fourth in the NHL with 19 goals after scoring in a 6-3 loss to the Ottawa Senators on Saturday.

Vegas goalie Marc-Andre Fleury needs one win for 484 in the NHL, which would tie Ed Belfour for fourth all-time. Teammate Max Pacioretty is two goals shy of 300.

The Avalanche are 4-1-1 against the Wild, and Colorado center Nathan MacKinnon has scored 10 points (one goal, nine assists) in the season series. MacKinnon also has a five-game point streak (three goals, five assists).

Maple Leafs goalie Jack Campbell is 8-0-0 with a 1.35 goals-against average and a .951 save percentage in eight games this season and can tie the longest winning streak by a Toronto goalie, achieved most recently by Felix Potvin, who won nine straight games to start the 1993-94 season.

The Coyotes have won two straight and are 5-1-0 in their past six games after a 3-2 overtime win against the Anaheim Ducks on Sunday.