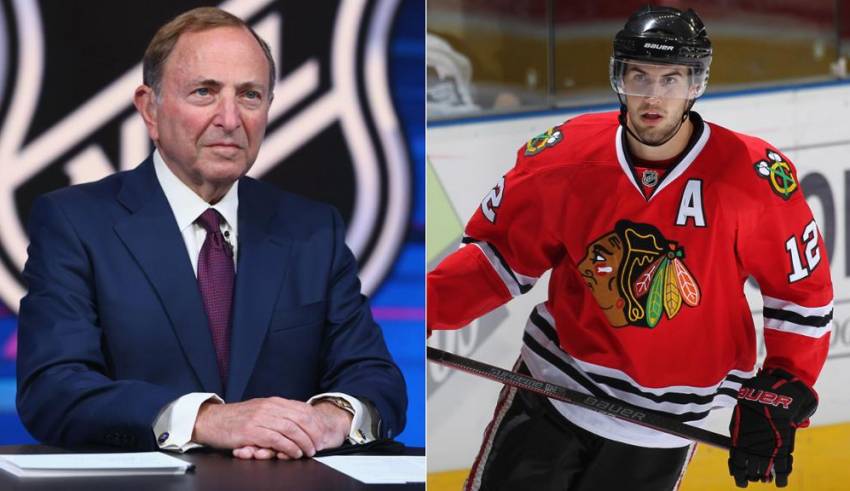 NEW YORK — The opening of The Rink at Manhattan West felt right for Kate Hollanda and Manny Corredor.

The couple met 20 years ago when Hollanda, then a freelance associate director for the news division at NBC, made one of her frequent visits to The Rink at Rockefeller Center, Corredor’s skating ability a nice first impression that led to courtship and marriage. They often made it a point to be one of the first on the ice at 45 Rockefeller Plaza, so it was fitting when they christened a new 60-by-80-foot rink shortly after 2 p.m. ET on Monday.

“I love skating,” said Hollanda, today a director of classes at Peloton Studios New York in nearby Hudson Yards. “It’s my favorite thing to do in the world, so to be the first one on a rink is something I probably won’t get to do very often.”

The Rink at Manhattan West is in the center of Manhattan West’s public plaza, developed by Brookfield Properties and adjacent to the new NHL Shop. It’s located between Ninth and 10th Avenue and 31st and 33rd Street, one block from Madison Square Garden, and will be open through winter weekdays from 2 p.m. to 9:15 p.m. and weekends/holidays from 10 a.m. to 10:15 p.m. An inaugural community day Monday celebrated the launch with free skating, free cookies from Cindy Lou’s Cookies and free hot chocolate and 20 percent off a dinner purchase at Daily Provisions. Plans for December include Skate with Santa on Dec. 5, 12 and 19 from 11 a.m. to 3 p.m.

The Stanley Cup also made an appearance at the NHL Shop, creating a synergy between the rink, fans and home of NHL headquarters, with the long-term goal of conducting special experiences that will include players and teams visiting for clinics and autograph sessions.

“We’re proud that we have the NHL shield at center ice,” said Michael Chute, director consumer products, licensing for the NHL. “Brookfield from Day One has been pushing us to take the lead with the rink. They want us to find unique ways to program the rink with our teams or players, alumni, our partners and broadcast partners. We envision our fans being able to come into the city, shop in our flagship store and then go out and skate on a rink, get even closer to the game being on the ice just like our players.”

The NHL Shop’s grand opening Oct. 1 attracted a line that stretched around clothing racks, down the stairs and to the front door to meet and get an autograph from retired New York Rangers goalie Mike Richter. It created a buzz and showed how Manhattan West Plaza will grow into a destination for fans to learn about and celebrate the game.

“Whether it’s skating clinics with kids or doing things with our broadcast partners, it’s just a natural area to be doing that,” Chute said. “The store also has broadcasting capabilities or studio capabilities on the second floor. What a perfect backdrop with the rink in the winter months.”

For visitors like Hollanda and Corredor, the development of a project that began in 1985 when the first parcel of land was acquired has created a welcoming and intimate environment like South Street Seaport in New York’s Financial District. The 2.5-acre public plaza features wellness and lifestyle brands like Peloton and more than 25 diverse culinary concepts, with a connection to the High Line and a Ninth Avenue entrance and exit to Moynihan Train Hall, scheduled for completion in 2022.

Jeremiah Larkin, executive vice president, leasing at Brookfield Properties, said he couldn’t help but gaze at the finished product with wonder after at least 35 years of planning that he hopes will attract fans to the rink, restaurants, shops and courtyard before the Rangers play at the Garden.

“I’m amazed just how it came out,” Larkin said. “It’s really created something in Manhattan. We know it’ll be successful because we did this down in Brookfield Place [Battery Park], which has a big outdoor area, and you want to animate it in the winter. Because of the growing population here with residents, we knew this would be successful. And then the hook with the NHL Store, the NHL branded ice rink only makes it that much better.”