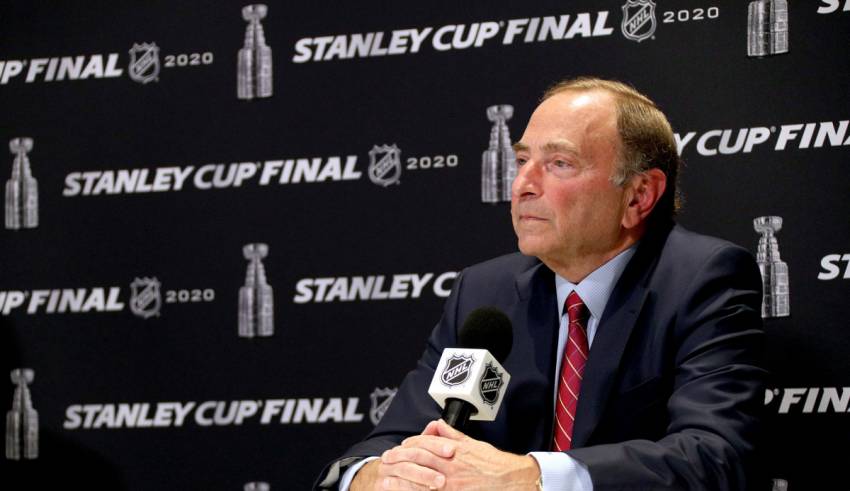 The NHL now has its sights on a mid-January start date with a 52- or 56-game schedule, according to multiple reports Friday.

Between the necessary time for training camp – including the head start promised to the seven teams that did not compete at this summer’s expanded playoffs – the COVID-19 quarantine protocols in some markets and the financial stalemate between the NHL and NHL Players Association, the league’s target start date of Jan. 1 quickly became unfeasible.

There hasn’t been much reported progress regarding the NHL’s request for players to defer an additional 16 percent of base compensation for the season, as well as raise the escrow cap from 20 percent to 25 percent.

Both sides, however, have begun to take some strides on the non-economic issues on the season.

TSN reported that the NHL and NHLPA conducted meetings Thursday night, in which the league inquired about a mid-January start for the first time. A 52-game and 56-game schedule were both discussed as options as well.

With a full 82-game season seemingly out of the question, the league has also reportedly considered a 48-game season.

The hope is that training camps for all 31 NHL teams would start around Jan. 2, according to The Athletic. Seven-day voluntary pre-camps for the Ducks, Kings, Sharks, Senators, Red Wings, Sabres and Devils sre still on the table, per the report.

Commissioner Gary Bettman said Wednesday in an interview with Sports Business Journal that the start date is “influenced largely by what we’re hearing from the medical experts.” He noted that the league’s main focus is finding a way to get back on a normal schedule, a season that runs from October to April, by next fall.

“COVID is going through a second wave, which could be worse than the first wave, and between Thanksgiving and the aftermath and what they think is going to happen for Christmas and the aftermath, we are taking our time and making sure as we look to ways to move forward,” Bettman said. “We are focused on health and safety and doing the right things.”