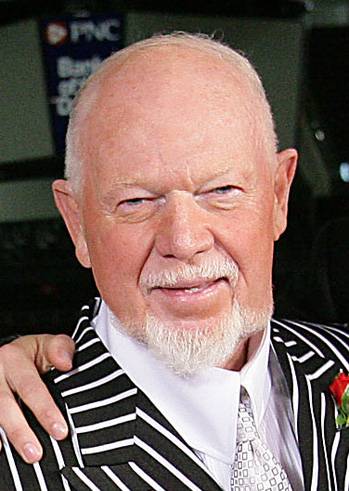 Top-rated ‘Hockey Night in Canada’ co-host Don Cherry accused Canadian newcomers of not honoring the country’s war veterans and dead soldiers during a broadcast on Saturday.

The NHL and TV sports channel Sportsnet have condemned as “offensive” comments from bombastic Hockey Night in Canada co-host Don Cherry accusing new Canadian immigrants of not wearing poppies to honor war veterans and dead soldiers during a broadcast on Saturday.

“You people love — they come here, whatever it is — you love our way of life, you love our milk and honey. The least you could pay is a couple of bucks for a poppy or something like that. These guys pay for your way of life that you enjoy in Canada. These guys pay the biggest price,” Cherry, 85, said during his first-intermission show, Coach’s Corner, which is the highest-rated seven minutes on Canadian TV.

Sportsnet president Bart Yabsley said Sunday in a statement, “Don’s discriminatory comments are offensive and they do not represent our values and what we stand for as a network. We have spoken with Don about the severity of this issue and and we sincerely apologize for these divisive remarks.”

The poppy, a red symbol of remembrance for Canadian war veterans and dead, is worn around Remembrance Day on Nov. 11.

The NHL, which is midway through a 12-year deal that gives Sportsnet-parent Rogers Media the exclusive rights to air pro hockey games in Canada, also criticized Cherry for his remarks: “Hockey is at its best when it brings people together. The comments made last night were offensive and contrary to the values we believe in.”

Longtime Coaches Corner co-host Ron MacLean, who has come under fire on social media for sitting silently by on camera while Cherry delivered his tirade against Canadian newcomers, on Sunday night took to Twitter to apologize for not calling out his colleague on air.

“I want to sincerely apologize to our viewers and Canadians. During last night’s broadcast, Don made comments that were hurtful and prejudiced and I wish I had handled myself differently. It was a divisive moment and I am truly upset with myself for allowing it,” said MacLean, who has worked with Cherry for 30 years.

“I sat there, did not catch it and did not respond,” MacLean added in a video posted online.

Cherry has previously landed himself in hot water with local broadcasters, including the CBC, which airs Hockey Night in Canada on Saturday night, for telling the nation that Russian hockey players are “quitters” and that “chicken” Swedish and Finnish players won’t fight.

But Sportsnet, and before it the CBC when it held the NHL rights in Canada, have been reluctant to fire Cherry, given the ad revenue secured from his popular first-intermission appearances on Hockey Night in Canada telecasts.