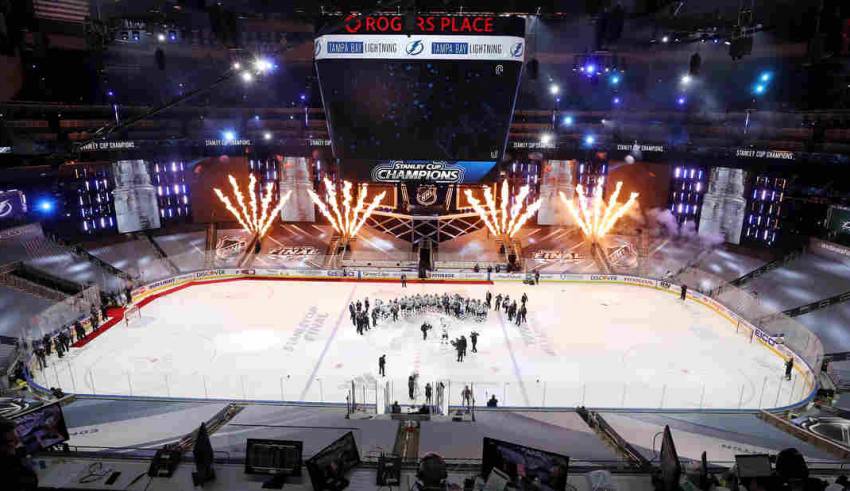 For the NHL, the bubble experiment paid off.

On Monday night, the Tampa Bay Lightning beat the Dallas Stars 2-0 to win the Stanley Cup.

The NHL carried out more than 33,000 coronavirus tests over the course of nine weeks — and says none of them have come back positive as of Sept. 26. The league is expected to release a final report soon.

The NHL is the first of the four major North American pro sports leagues to crown a champion during the pandemic. The teams who made it to the final spent over two months in “secure zones,” where they were sequestered from outsiders. Their immediate family members were only allowed to join them for the conference finals and the Cup Final.

In the bubble, they were tested daily and required to adhere to strict rules designed to prevent the spread of COVID-19.

After the final buzzer went off, the Lightning weren’t just celebrating winning the team’s second-ever Stanley Cup — it also meant the players could go home.

“The gauntlet that you have to run to hoist this trophy is unbelievable. And never more unbelievable than this year,” NHL Commissioner Gary Bettman said during the cup presentation. “This Stanley Cup run will go down in the record books as perhaps the hardest run of all times. You guys should all be incredibly proud.” 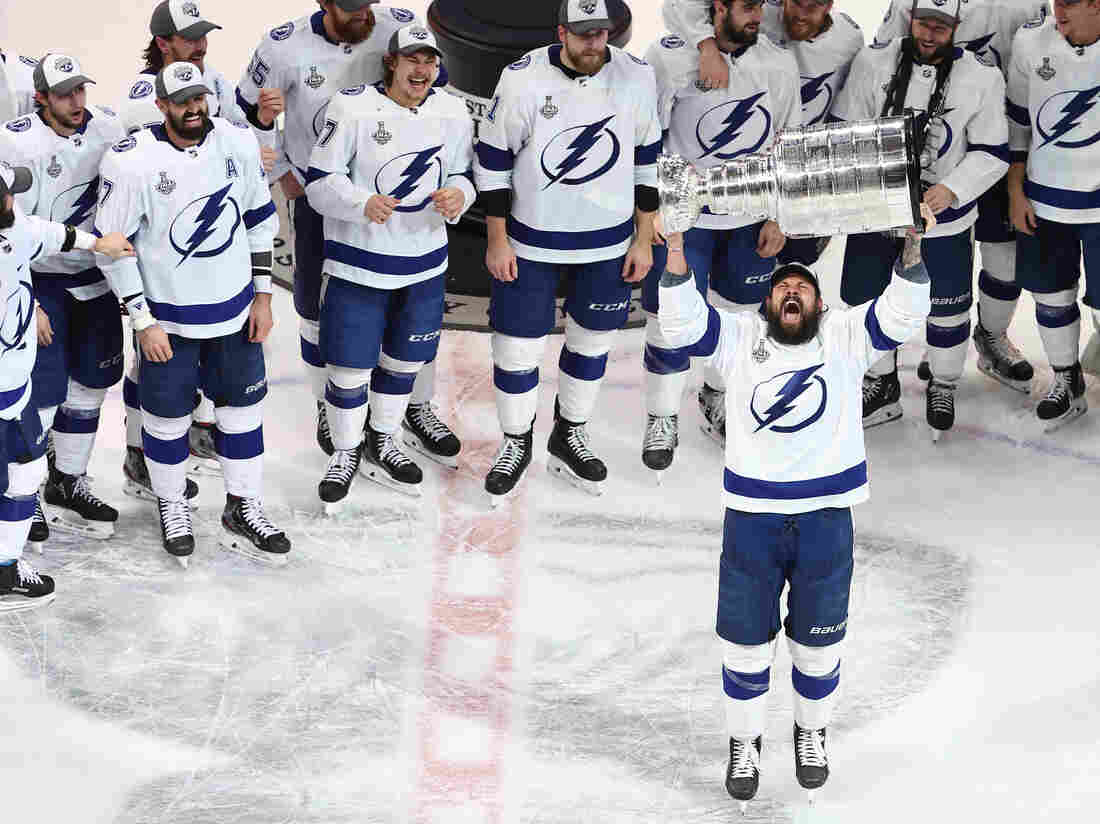 Zach Bogosian of the Tampa Bay Lightning skates with the Stanley Cup following the series-winning victory over the Dallas Stars in Game Six of the 2020 NHL Stanley Cup Final at Rogers Place on Monday in Edmonton, Canada.

The Lightning won four of the six games in the Stanley Cup Final against the Stars. Lightning defenseman Victor Hedman was crowned the 2020 Stanley Cup playoffs MVP.

The post-season saw 24 teams in two hub cities, Toronto and Edmonton. Each team could only have a 52-member traveling party in the bubbles, with daily testing for each person.

Looking ahead to next year, the league appears unlikely to repeat the same bubble environment long term.

“Certainly not for a season,” Don Fehr, NHL Players Association executive director, told The Associated Press on Sunday. “Nobody is going to do that for four months or six months or something like that.”

He outlined one potential alternative: a protected environment where players could cycle in and out for a “substantially shorter period of time.” Think of it as a short-term bubble.

The NHL had its eyes on a tentative Dec. 1 start date for next season, but already acknowledged a later December or January start is possible.