With the 2020-21 season underway, NHL.com will have you covered all season long with the latest news.

Morgan Frost is out indefinitely for the Philadelphia Flyers with a dislocated left shoulder sustained against the Buffalo Sabres on Tuesday.

The forward left the game with 4:45 remaining in the second period after a collision with Sabres defenseman Jake McCabe. Frost was placed on injured reserve Thursday.

Defenseman Philippe Myers fractured a rib Tuesday and is week to week. He did not play in the second and third period.

Linus Ullmark expects to practice with the Buffalo Sabres on Thursday and travel for the game against the Washington Capitals at Capital One Arena on Friday.

The goalie missed games against the Philadelphia Flyers on Monday and Tuesday following the death of his father.

Ullmark said he learned about his father’s death after the morning skate Monday and immediately told the coaching staff he wouldn’t be able to play.

“There was no question about it for me, personally,” Ullmark told the Sabres website. “… I just told them that hockey’s not a priority at the time. From there, it was basically just trying to deal with all the emotions that came. I’ve been kind of holding back.”

Carter Hutton started Monday and made 21 saves in a 6-1 win. Hutton also started Tuesday but left after the second period because of an injury in a 3-0 loss.

Sabres captain Jack Eichel gave Ullmark the game puck Monday. Ullmark said that level of support from teammates and coaches has made the grieving process a bit easier.

The 19-year-old forward did not practice Wednesday because of an undisclosed injury. Senators coach D.J. Smith said he will be reassessed Thursday.

Stutzle, the No. 3 selection in the 2020 NHL Draft, missed a 4-3 overtime loss to the Jets in Ottawa on Tuesday.

“It’s just been something that’s nagging and it really is minor but something that hampers him to not be able to go to be 100 percent,” Smith said, “and with a player like that at his age, we’re not going to take that risk.”

Alex Galchenyuk skated at left wing with center Derek Stepan and right wing Evgenii Dadonov. He replaced Stützle on the line and scored one goal in his Senators debut Tuesday. — Jon Lane

Mikael Granlund, who has been in COVID-19 protocol, could soon return to the Nashville Predators lineup.

The forward may begin practicing Thursday and is expected to join Nashville for games at the Dallas Stars on Friday and Sunday, Predators general manager David Poile said.

“If everything goes well, you should see him skating today with us and he should be traveling with us to Dallas,” Poile said. “And then it’ll just be a factor of conditioning and for he and [Predators coach John Hynes] getting together as to when he could enter our lineup. Arguably that can be as soon as Sunday and for sure next week, as long as he’s all good to go.”

Granlund could play on Nashville’s second line with forwards Matt Duchene and Luke Kunin when he returns. — Robby Stanley

Jesper Bratt arrived from Sweden and entered COVID-19 protocol. The forward has started his seven-day quarantine and may be eligible to begin practicing with the New Jersey Devils next Wednesday.

“We’ve just got to get him through the quarantine process and get him up and running and he’ll be ready to play for us again,” coach Lindy Ruff said. “I have Zoomed with Jesper, we’ve talked about how the team’s playing, the different situations in the game, our offensive structure, neutral-zone structure. We’ve gone through clips, showed him meetings.

“We’re trying to keep him up to speed, he’s really excited about getting back and getting going. But obviously missing time has hurt him. I think you’ve seen with our team that we started to grow in a lot of situations, we’ve played some great periods of hockey; getting Jesper back in and getting him up and running and getting him full-go is first and foremost for us.”

NBA Reveals Hornets Schedule For Second Half of Season – Brooklynnets.com 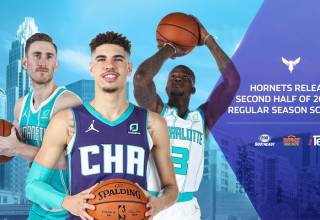 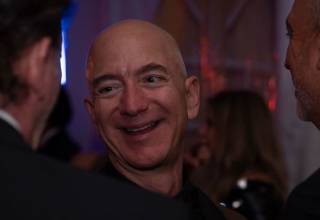