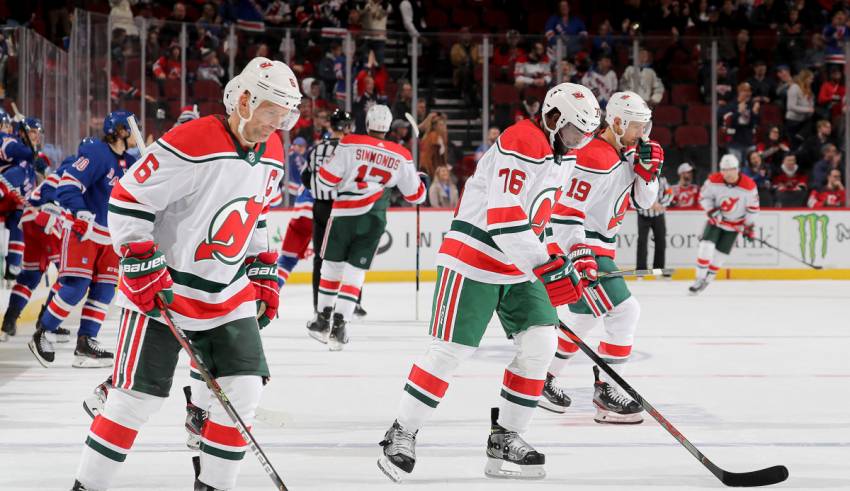 So what now of the Stigmatized Seven, those clubs who couldn’t play up to an NHL .500 level before the league entered its pause phase on March 12 and have thus been deemed unworthy of an invite to the league’s imagined 24-team Stanley Cup tournament?

What about the fate, primarily as applies to the draft lottery, of the Devils, Sabres, Ducks, Kings, Sharks, Senators and Red Wings, whose teams and players will be on ice — as opposed to on the ice — for perhaps as long as eight months if the 2020-21 season commences in December?

The NHL has still not announced its plan for the draft, though the almost universal pushback from general managers against holding it next month before competition resumes, likely means that it won’t take place until after the tournament.

That, among other things, would eliminate the possibility of the lottery winner also winning the Cup a couple of months later. If that is the case, there is no reason at all for the league to design the lottery so that the 31st-overall Red Wings are guaranteed either the first or second pick overall and the 30th-overall Senators are assured of picking in the top three.

Moreover, there is no reason at all to deny any of the Stigmatized Seven a shot at the No. 1 selection.

Indeed, the league should design a weighted lottery in which these seven all have an opportunity to move up into any slot. Not only that, those seven teams should be guaranteed the top seven picks.

We have heard some talk that the league is kicking around the concept of including the eight losers of the preliminary round of the tournament in a 15-team weighted lottery similar to the preceding four years in which separate drawings were held for the top three picks.

This might offer some protection to teams like seventh-overall Pittsburgh and 12th-overall Edmonton if they were to fall to 24th-overall Montreal and 23rd-overall Chicago, respectively, and it would offer a win-win scenario for clubs like the Rangers and Arizona — but surely the draft isn’t meant to reward a Penguins team playing at a .623 percentage (102-point pace) if they suffer a defeat under unprecedented circumstances. There is no reason to turn the lottery into a safety net.

And though we have pointed out repeatedly that nothing is fair about the pandemic, the league would be going out of its way to be unfair to the Stigmatized Seven by denying these teams the exclusive right to the top seven picks.

Edmonton and Vancouver are vying to become a hub city for the NHL’s imagined return, but Slap Shots has been told that the league will not select a Canadian city unless the Canadian government grants the NHL an exception to its 14-day quarantine requirement for folks crossing the border.

It would essentially be impossible to have teams train in their U.S. home cities for up to five weeks (two weeks of informal skates followed by a three-week training camp) then go into quarantine for two weeks prior to the tournament.

NHL teams are facing a quandary about what to do about scouts and hockey department personnel whose contracts expire on June 30 and had not been expected to be re-upped.

It is unclear whether the league will issue a decree under which contracts would be extended through, say, the calendar year or the date of the draft, or whether these decisions would be left to each club.

There is, safe to say, a fair amount of proprietary information at stake as specifically pertains to the draft with personnel people who might become free agents (or unemployed) as of July 1.

The issue of whether teams will be able to sign players from their reserve lists and add them to the 2020 tournament roster — for example, the Rangers’ Morgan Barron — is unresolved.

So, too, is whether the 24 teams would be able to extend 2020 training camp invites to players whose entry-level contracts begin next season — such as the Rangers’ K’Andre Miller and the Maple Leafs’ Mikko Lehtonen.

There are, according to Cap Friendly, 68 players on the 24 tournament-bound teams who have signed entry-level deals since March.

The likelihood on this latter item would be no, given that, A) these players would be ineligible for the tournament; B) teams would have to provide COVID-19 testing for these additional individuals; and, C) the Stigmatized Seven would be prevented from getting similar close-up looks at their kids.

Keep this in mind: If and when the Rangers face off against the Hurricanes in Game 1 of their best-of-five, Brendan Lemieux will be unavailable.

That is because the winger will be serving the first game of his still yet unannounced sentence for the suspension he received for his senseless drive-by elbow to Joonas Donskoi’s head in the final minutes of the third period of the Blueshirts’ final pre-pause match in Colorado on March 11.

Lemieux, considered a repeat offender under NHL guidelines, will likely be out for two games, perhaps three, if the Department of Player Safety applies its rule-of-thumb, one playoff game equals two regular season matches in determining sentences.

Congratulations to Artemi Panarin and Alisa Znarok, who announced their engagement on Friday.