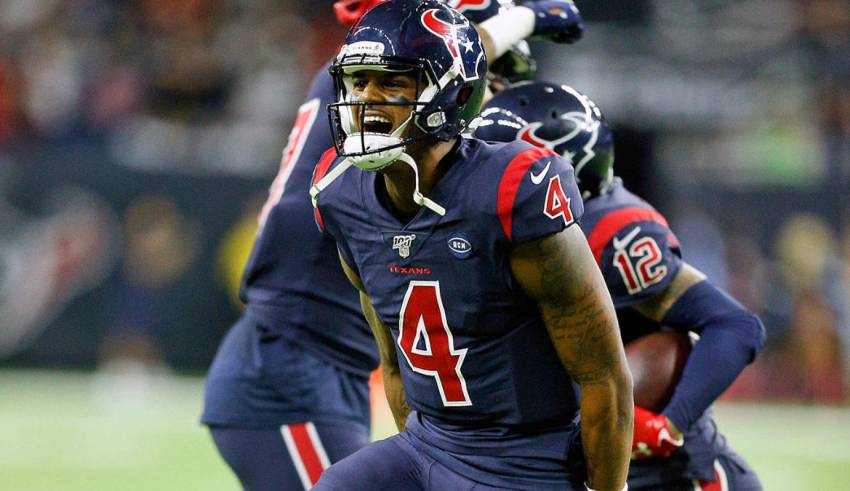 Just two more weeks remain in the 2019 NFL season, and teams are still fighting for playoff positioning. While I went 2-3 last week, I feel like mentioning I’m 14-6 over the past four weeks. The Texans registered an upset victory over the Titans, the Raiders somehow lost their last game in Oakland to the lowly Jaguars and the Cowboys decided to show up and win their first game of the season against a team with a winning record. The Cowboys are a team I’m not going to touch for the remainder of the year. You never know who is going to show up. They face the Eagles this week in a game that is basically for the NFC East crown, and it’s a matchup that really could go either way.

Let’s have a quick moment of silence for “Thursday Night Football,” but we get some Saturday games this week, which always make things interesting. The Bills have a legitimate chance to beat the Patriots, Jameis Winston has a chance to upset the Texans and the Rams and 49ers face off in what should be an entertaining matchup.

There are some big showdowns this week in the NFL, so let’s jump on in to my Week 16 picks.

Before I make my pick, I want to give Jameis Winston some credit. He became the first quarterback in NFL history to throw for 450 yards in back-to-back games and currently has the Buccaneers on a four-game win streak. He leads the NFL in passing yards and is second in the league in touchdown passes. Unfortunately, he’s running out of weapons! Mike Evans went down with a hamstring injury in Week 14 and Chris Godwin followed suit by injuring his hamstring against the Detroit Lions last Sunday. The Buccaneers were hopeful that Evans would be able to return this season, and waited until this week to place him on injured reserve. All reports indicate that Godwin won’t be able to play another game this year as well. This would be a great trap game for the Texans if the Buccaneers were healthy, but their injuries are going to make it hard to upset Houston. Deshaun Watson and Co. just beat the Titans last week to remain atop the AFC South, and they look like the team that will end up winning the division. Kenny Stills had two touchdowns last week, DeAndre Hopkins had 119 receiving yards and Carlos Hyde rushed for a 104 yards and a touchdown. This Texans team is playing pretty well at this point and have won the past three against the Buccaneers. While their secondary does need some work, they get a break with Evans and Godwin being out this week. Winston will still manage to throw for 300 yards and Breshad Perriman should have a nice day, but the Texans are going to cover three points.

The pick: Texans 31-24 over Buccaneers

As CBS Sports NFL Editor and SportsLine NFL gambling analyst R.J. White wrote about this week — going back to 2000, teams that will finish the year with a losing record getting points against another team that will finish the year with a losing record are 54-26-4 against the spread in Week 16. That’s a massive 67.5% cover rate! It’s a big reason why I like the Giants in this matchup, but what helps their case even more is that Daniel Jones took first-team snaps at practice on Wednesday, which means he’s on track to start Sunday. Dwayne Haskins had the best game of his career last week against the Eagles, as he threw for 261 yards, two touchdowns and recorded a career-high 121.3 passer rating. This is a true rivalry, as Haskins wasn’t excited about the fact that Jones was drafted ahead of him. Still, the former Duke star has thrown 13 touchdowns and just three interceptions in five career road starts and is looking for his fourth game in a row on the road with two or more touchdown passes. Saquon Barkley also finally got involved in the offense last week, as he recorded 143 yards from scrimmage and two touchdowns. It was his first 100-yard rushing game since Week 2, and last year in Washington, he went off for 170 rushing yards. The Redskins have been trending upwards, but New York has won the past two games against Washington by a combined 45 points. I’m picking them to win on Sunday.

What a disappointment for the Titans! Riding in on a four-game win streak, they hosted the Texans in Nashville last Sunday to decide who would take over first place in the AFC South — and the Titans couldn’t get the job done. Despite putting up 432 yards of total offense, Tennessee scored just 21 points and lost by a field goal. Sunday’s matchup against the Saints is a must-win for the Titans if they want to remain in the postseason race, but unfortunately, the Saints appear to be on a mission to win out. On Monday night, Drew Brees broke Peyton Manning’s record for career touchdown passes and set another NFL record by completing 96.7 percent of his passes. This matchup comes down to the Titans’ ability to stop Brees. He missed just one pass against the Colts on Monday night, and threw for 307 yards and four touchdowns. Michael Thomas caught all 12 of his targets for 128 yards and a touchdown, Jared Cook had four receptions for 54 yards and even Taysom Hill got in on the action as well with two receptions for 42 yards and a touchdown. This passing attack is one of the best in the league, and the Titans have one of the worst secondaries in the league. Malcolm Butler is out for the season due to a broken wrist and Adoree’ Jackson has missed the past two games due to injury. He has a chance to play this week, but the Titans have allowed 3,613 yards through the air this season, which is 258.1 yards per game. That ranks No. 25 in the league. The Titans are a good team, but they are prone to slow starts, and they haven’t scored first in a matchup since Week 12. It’s going to be hard to stop Brees and this passing attack, which is why New Orleans makes it two straight wins on Sunday.

The Lions didn’t give up against the Buccaneers even after falling into a 21-3 halftime hole last week. They still lost by three touchdowns, but David Blough is doing what he can with these weapons. Former practice squad running back Wes Hills rushed for 21 yards and two touchdowns in his first NFL game, and Danny Amendola caught eight passes for 102 yards. I’m not comfortable in saying that the Lions will win this game straight up, but I do think they cover seven points. This Broncos’ secondary allowed Patrick Mahomes to go off for 340 yards and two touchdowns in a snow storm and starting safety Kareem Jackson has been suspended for the last two games of the season. The Lions have won two out of the past three against the Broncos, and I say they keep it close on Sunday afternoon.

The Chiefs have now won four straight games, and appear to be one of the hottest teams in the league. They dominated in a snow storm last week, and the conditions didn’t affect Mahomes and Co. in the slightest. Mahomes threw for 340 yards, two touchdowns and one interception, Travis Kelce caught 11 passes for 142 yards and Tyreek Hill had five receptions for 67 yards. With his performance, Mahomes tied Hall of Fame quarterback Kurt Warner for the second-most 300-yard games in his first three seasons in NFL history. Additionally, he needs just two touchdowns passes on Sunday to become the first player in NFL history to throw 75 touchdowns in his first 30 career games. The Bears fought hard to battle back against the Packers last week, but Kansas City is a different animal offensively than Green Bay. The Chiefs also have been playing better defensively, which is important because this Bears offense is not as bad as it was earlier this year. Mitchell Trubisky threw for 334 yards and a touchdown last week, and had two 100-yard receivers in Allen Robinson and Anthony Miller. I don’t believe that the Chiefs are going to blow out the Bears in prime time at Soldier Field, but I do think they cover five points.