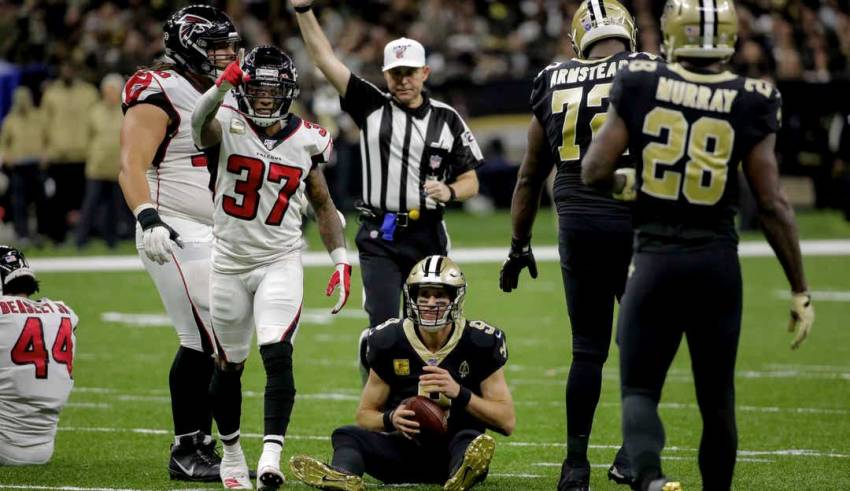 Well, that was nuts!

Destroying survivor pool hopes and dreams were the Atlanta Falcons. Losers of six straight games — and not having tasted victory since Week 2 — the Falcons went into the Superdome and pulled off the upset of the season, manhandling the No. 1 team in USA TODAY Sports’ power rankings, the New Orleans Saints.

Yet, Week 10 wasn’t done delivering shockers. It wasn’t all that long ago when football pundits were piling misery on the Miami Dolphins, suggesting this year’s incarnation might be one of the worst teams in NFL history. Well, the Dolphins now are experiencing a resurgence, having won consecutive games. The Dolphins were one of three one-win teams to prevail on Sunday (the aforementioned Falcons and the New York Jets were the others).

Elsewhere, the Ravens’ Lamar Jackson pulled off one of the greatest runs ever by a quarterback. Seriously, you have to see it if you haven’t already.

The Vikings pulled out a huge win over the Cowboys in Jerry World in a result that could have far-reaching implications come January.

What our experts are saying

Eyes on the (fantasy) prize

Takeaways from a fantasy football perspective for Week 10:

Monday: Week 10 wraps up with a doozy. The undefeated San Francisco 49ers host the division rival Seattle Seahawks at Levi’s Stadium (8:15 p.m. ET, ESPN). A day after its local soccer football team won a league championship, can Seattle keep the good times rolling by knocking off the unbeaten Niners?

Thursday: The Cleveland Browns — fresh off a rousing victory over the Bills — host their long-time nemesis, the Pittsburgh Steelers (8:25 p.m. ET, FOX and NFL Network). Before the game, make sure to check out USA TODAY Sports for expert picks for every Week 11 game.

If you’re into football, we have the perfect spot for you. Join our Facebook Group, The Ruling Off the Field, to engage in friendly debate and conversation with football enthusiasts and our NFL insiders.

Want to keep this NFL conversation going? Head to Facebook, and/or give a Twitter follow to your friendly neighborhood football guy who put together this newsletter, @jimreineking.