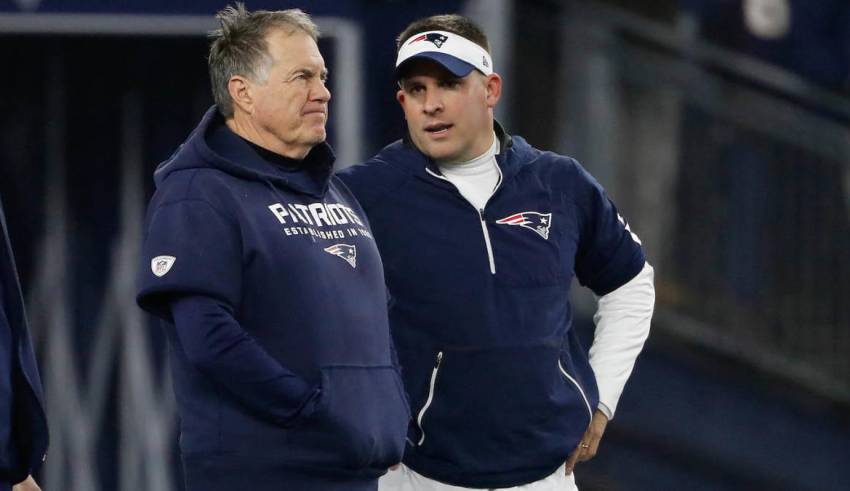 The 2020 NFL offseason has been bonkers in more ways than one. Players and teams can’t be in the same room as one another, drafts are set to be held remotely (or inside breweries) and we don’t have any idea when offseason activities can even begin. Still, all of this change hasn’t stopped quarterback movement in the NFL. In fact, it’s been in hyperdrive this offseason. Philip Rivers has joined the Colts, Nick Foles was traded to the Bears and, oh yeah, Tom Brady is a Buc. Strange times, indeed.

Despite all that movement already, there are still a handful of teams that still either have an immediate need at the position or will be in need in the next few years to come. Below, you’ll see a list of seven clubs that fit into that category and we’ve detailed some realistic avenues they could take to fill those needs, while also giving our best/most plausible recommendation either through the draft, free agency, via trade or a possible promotion from someone in-house.

Teams that you won’t find on this list that could fall into this category are the Bengals, Raiders and Bears. For Cincinnati, their position at quarterback is pretty obvious as they are set to take LSU’s Joe Burrow with the No. 1 overall pick. As for Chicago and Las Vegas, they both have at least two quarterbacks on the roster that will be battling for QB1 over the course of the early portion of the 2020 season, so it seemed moot to add even more to their situation.

Alright, with all that out of the way, let’s dig in and find some quarterbacks that can help get these teams get one step closer to Super Bowl contention.

While the Dolphins have been pegged all offseason as the landing spot for Alabama’s Tua Tagovailoa, their path to acquiring him isn’t as concrete as Cincinnati’s with Joe Burrow, which is why they make the list. Currently, they sit at No. 5 overall at the 2020 draft, which does leave the door open for someone to leapfrog them at either No. 2 (WSH) or No. 3 (DET) to take him.

Of course, they could also elect to use some of their tremendous draft capital they’ve compiled to move up and further solidify their position with Tagovailoa. That would be my recommendation. Brian Flores is building a really strong culture down in Miami and the Dolphins appear to be a team on the rise in the AFC East, especially after dumping a boatload of money on defense by adding corner Byron Jones, linebacker Kyle Van Noy and others this offseason. One of the biggest pieces in the puzzle, however, is finding that franchise quarterback. Tagovailoa appears to be on that trajectory. He has all the talent to be a No. 1 overall prospect, but injuries and Burrow’s historic season put all that to rest. That said, he is getting a clean bill of health now, which should further incentivize Miami to trade up to make sure they get their quarterback.

Cam Newton is an honorable mention if the Dolphins somehow miss on Tagovailoa. He’s a former league MVP and, if healthy, could help Miami compete almost instantly in the division, especially with Tom Brady moving on to Tampa. I mention Jacoby Brissett as a Plan C of sorts because of Flores’ familiarity with the quarterback from their days in New England. If he wants to bring in a veteran with some upside instead of rolling with Ryan Fitzpatrick again, this wouldn’t be a bad option.

The New England Patriots are in unfamiliar territory. Now that Tom Brady is a member of the Bucs, ending their two-decade long relationship, the team is looking for a new starting quarterback to usher in this new era. By all indications, the club’s intention is to give second year signal caller Jarrett Stidham every opportunity to take ahold of the starting spot. That would be my recommendation as well, but with a bit of an added twist. Stidham should have every chance to become the starter in New England for at least the 2020 season. After all, he did spent an entire season behind Tom Brady in New England’s system, so he should have a leg up on every other quarterback outside of possibly Brian Hoyer, who is on his third stint with the team. Stidham has also received a lot of praise from various Patriots players this offseason and did have a really strong preseason in 2019, so that has to count for something right?

Basically, New England should see what they have in their 2019 fourth round pick, but I don’t think they should just stand pat. If someone like Utah State’s Jordan Love falls to them at No. 23, it’d take a long look at possibly making that pick. If they are intent on allowing Stidham to be QB1 in 2020, however, taking a guy in the first round will hardly help him build his confidence. That’s why looking at a second or third tier prospect may not be a bad alternative. If I were to catch Bill Belichick’s ear, Jalen Hurts is a pretty appealing prospect for a number of reasons. He’d be an attainable Day 2 selection, provides some long-term insurance if Stidham fails to be a viable starter and worst case could fill a Taysom Hill-type role in Josh McDaniels’ offense. Despite playing at Oklahoma last year, Hurts does have a history with Belichick confidant Nick Saban at Alabama, too.

Ben Roethlisberger is on the books for two more seasons and, despite missing essentially all of the 2019 season due to an elbow injury, he plans on returning. With that in mind, Pittsburgh doesn’t have an immediate need at quarterback like New England and Miami, but Big Ben is going to enter the 2020 season as a 38-year-old, so the clock is ticking on his time in the NFL. One somewhat positive thing that came out of last season for the Steelers is at least they know Mason Rudolph nor Devlin Hodges are the long-term answer post-Roethlisberger, which makes their mission of finding a new signal caller to eventually take the reins clear.

Pittsburgh could always dip their toe into the draft and select someone like Jacob Eason and develop him over the next few seasons, but I do love the fit and possible upside of signing former Tampa Bay Buccaneers quarterback Jameis Winston. Yes, Winston has his limitations and his decision-making hasn’t been a strong suit by any means, but I do think landing in Pittsburgh provides him with one of the best chances of resurrecting his career. For the first time in his NFL life, Winston would have the pressure of being the starter on a weekly basis completely taken off him and this could give him the time to simply work on correcting his faults. He’s still only 26-years-old and did throw for 5,109 yards last season, so there is talent there. It’d be a savvy move for Pittsburgh to sign him, allow him to immerse himself in the system, learn behind Big Ben and possibly be his heir apparent whenever he elects to retire.

My recommendation for the Jaguars to trade for Andy Dalton to be the backup to Gardner Minshew isn’t an original idea. My colleague in CBS Sports’ John Breech wrote about this scenario last week and I just love it.

The Bengals are backed into corner with Dalton as Joe Burrow’s arrival is really just days away and they need to figure out what they are going to do with him. By trading Dalton to Jacksonville, he is reunited with offensive coordinator Jay Gruden, who was Dalton’s OC during arguably his most productive days with the Bengals. Not only that, but Jacksonville would then have some solid insurance with Dalton as the backup if Minshew falls apart in his second season and proves to not be the franchise cornerstone the club is hoping he’ll become. Now that they traded Nick Foles away to Chicago, adding a capable veteran behind Minshew is a necessity.

The Los Angeles Chargers are the definition of a team in transition. Not only did they move on from franchise icon Philip Rivers this offseason, but they are also set to move into a brand new stadium in 2020. As they usher in this new chapter in the franchise’s history, some clarity at the quarterback position is needed. Head coach Anthony Lynn does seem to be all-in on making Tyrod Taylor the starter in 2020, but the 30-year-old is only under contract for next season before being an unrestricted free agent.

The best course of action for L.A. in the short and long-term is allow Taylor to play through at least the first half of next season as the starter, but also draft a quarterback to develop. If I were to handpick a QB, Jordan Love would be the selection here at No. 6 overall. There’s a case to be made to take Oregon’s Justin Herbert at this spot, but I feel the Chargers could have a little more symmetry with the Love and Taylor combo. Lynn can build a similar offense around both Taylor and Love, two quarterbacks that can also do damage with their legs. That ability is extremely important with this Chargers team, that boasts a less than stellar offensive line. Learning behind a veteran like Taylor for a year could do wonders for Love, who is raw, but has a boatload of potential.

Under normal circumstances, a team that spent a first round pick on a quarterback just one year ago wouldn’t be on this list. That said, Washington completely changed up its masthead since that 2019 draft and now Ron Rivera is running the show. If the head coach doesn’t believe in Dwayne Haskins, he shouldn’t be forced into a marriage with him to begin his tenure, which could open the door for D.C. to kick the tires on Tua Tagovailoa at No. 2 overall. I think that may be a bit far-fetched, however.

What could be a bit more realistic is Rivera picking up the phone and calling his old friend Cam Newton, who was his quarterback with the Panthers, to see if he’d come aboard. This would provide a strong middle ground between Rivera and an ownership group that may not be too keen on giving up on Haskins just yet. The Ohio State product is still extremely raw and could desperately use time to sit behind a veteran quarterback to work on his craft and learn the ins and outs of the NFL. Because of Rivera’s history with Newton and the Panthers releasing the former league MVP, this marriage makes sense on a number of levels. Newton could come in as the starter, allow Haskins to develop and Washington could conceivably have continuity at the quarterback position for years to come. Of course, Newton’s health is a major factor in all of this, but if he gets a clean bill of health, this pairing would make a lot of sense.

The Indianapolis Colts signing Philip Rivers in free agency was one of the easiest marriages to project of the offseason thanks to his relationship with head coach Frank Reich. Rivers did, however, sign just a one-year deal with Indy, so that does leave the franchise open to adding another young quarterback at the draft. It appears like the club doesn’t view Jacoby Brissett as a long-term answer, so he doesn’t factor much into this recommendation.

Where Indy should look to is Georgia’s Jake Fromm on Day 2 of the 2020 draft. Stylistically, this would be one of the better landing spots for Fromm and the Colts do have a window to develop a quarterback with Rivers in the fold. If all goes right, the 38-year-old does seem interested in playing beyond the 2020 season with the Colts, which should only help the franchise further develop any young quarterback they want to put in the system.