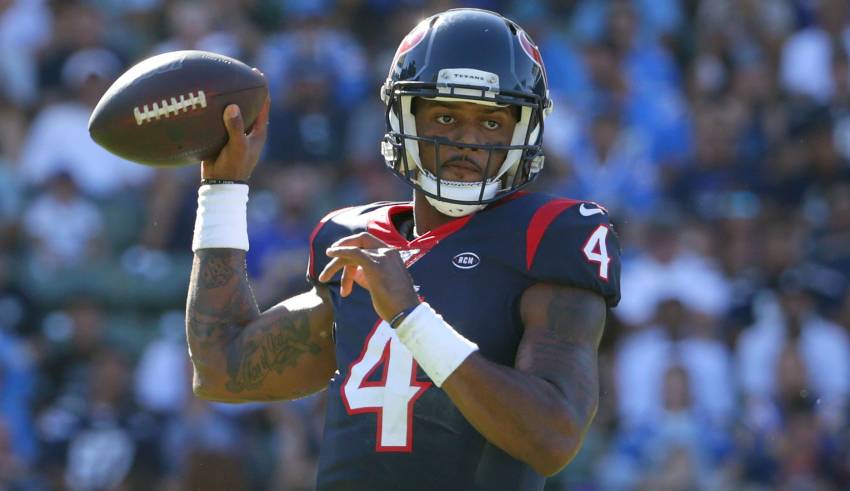 The NFL regular season rolls into Week 6 with a handful of key games, including a battle in London, matchups that will dictate playoff spots and also a game that can shake up the 2020 draft order.

Just two undefeated teams remain after the first five weeks of the season in the Patriots and the 49ers. New England hosts the Giants on Thursday night and the 49ers are in Los Angeles to play the Rams on Sunday.

The Redskins and Dolphins will do battle in Miami in what figures to be the worst matchup all season, though it will have implications on the No. 1 draft pick as the teams are expected to finish with two of the worst records in football. Washington, which fired coach Jay Gruden earlier this week, is 0-5 while Miami is 0-4.

Some other intriguing games of the week include the Panthers and Buccaneers in London, the Texans battling the Chiefs, and the Lions and Packers on Monday night.

Below you’ll find a full schedule for every NFL game in Week 5, plus live scores and TV information updated throughout the weekend.

NFL schedule Week 6: What games are on today?

Here’s the full schedule for Week 6 of the 2019 NFL season, plus final scores and how to watch every game live.

You can keep up with live scores and stats with SN’s live scoreboard.

The Week 6 NFL slate kicks off Thursday night with a Super Bowl rematch between Daniel Jones and the Giants and Tom Brady and the Patriots, which will be televised on Fox, the NFL Network and can also be streamed live on fuboTV.

The Sunday games get started earlier than usual this week as the Panthers and Buccaneers headline an NFC South matchup across the pond in London. The game can be viewed on NFL Network.

After the London game concludes, six games occupy the 1 p.m. time slot, led by a likely offensive duel between the Texans and Chiefs at Arrowhead Stadium. The late afternoon slot has four matchups this week, most notably the undefeated 49ers heading to Los Angeles to take on the Rams.

The final two primetime games of the week feature the Steelers taking on the Chargers on “Sunday Night Football” and an NFC North duel between the Lions and Packers at Lambeau Field.

Games can also be streamed with NFL Sunday Ticket. That will offer live streaming for any NFL game not subject to local blackout restrictions. Replays of all games can be streamed on  NFL Game Pass.