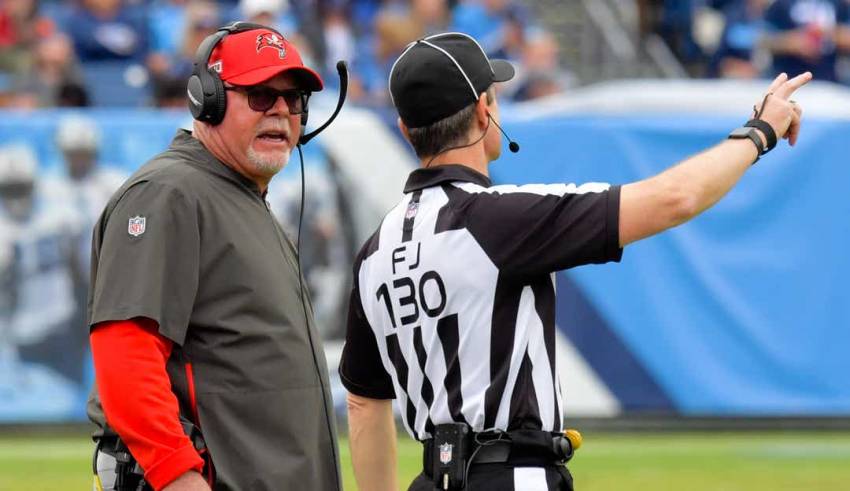 In response to the assertion this week by Tampa Bay Buccaneers coach Bruce Arians that game officials are not held accountable for egregious errors that seem to occur way too frequently in NFL games, the league’s top football executive begs to differ.

“I disagree with that,” Troy Vincent, the NFL’s executive vice president for football operations, told USA TODAY Sports. “What I’ve shared with Bruce this week and others is that they are held accountable. It’s just not public.”

Arians was steamed, rightfully, after officials whistled a play dead in the Tampa Bay’s loss at Tennessee last Sunday – nullifying the return of a fumble that would have resulted in a touchdown.

It was the latest in a series of officiating blunders this season that have caused controversy and fueled criticism of the NFL’s officiating department still marred by the non-call of a pass interference during the last NFC title game.

Vincent said officials are downgraded for erroneous calls as part of a point-system evaluation for officials. While the highest-graded officials over the course of the season draw postseason assignments, Vincent maintained that those at the other end of the scale are subject to being removed from game assignments, suspensions and termination. Last year, the NFL fired an official during the season for the first time.

“We have that ability, that discretion,” Vincent said.

The grading system coincides with video reviews, crew meetings and other forms of communication between supervisors and officials.

And the NFL, which apparently doesn’t even inform teams when officials are downgraded, ultimately may be forced to wrestle with the notion that internal discipline might not be good enough.