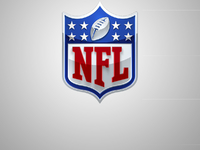 In the wake of the global COVID-19 pandemic, all NFL-related physicals have been indefinitely discontinued.

Dr. Anthony Casolaro, president of the NFL Physicians Society and co-head physician for the Washington Redskins, sent a letter to the NFL and NFL Players Association announcing that free agents and draft prospects will not be examined until the health crisis has passed, NFL Network Insider Ian Rapoport reported Monday.

“The Board of Directors of the NFL Physicians Society (NFLPS) have met by phone and communicated with members of Professional Football Athletic Trainers Society (PFATS) that the NFLPS has agreed to discontinue Combine rechecks, free agent physicals and physicals for non-Combine players until the health crisis has passed,” Casolaro wrote. “We believe It is not in the interest of the players nor team medical staff to continue to perform these physicals.

“At a time of the most serious pandemic in our lifetime, we believe medical resources should focus on those who are ill or in need of care.

“We look forward to examining players when it is appropriate to do so.”

Upon free agency commencing last week, the NFL announced it was restricting teams from hosting players at their facilities, while medical exams were limited to a player’s home city or a nearby location. The league and NFLPA also agreed to indefinitely delay the start of teams’ offseason programs.

Generally, a player needs to pass a physical before a team is able to finalize and announce a free-agent signing or trade. But NFL Network’s Tom Pelissero reported last week that the league amended the rules governing when a club may announce such a transaction. Teams are permitted to announce deals when parties have reached agreement on the terms of a contract and the written contract has been sent to a player and his agent.