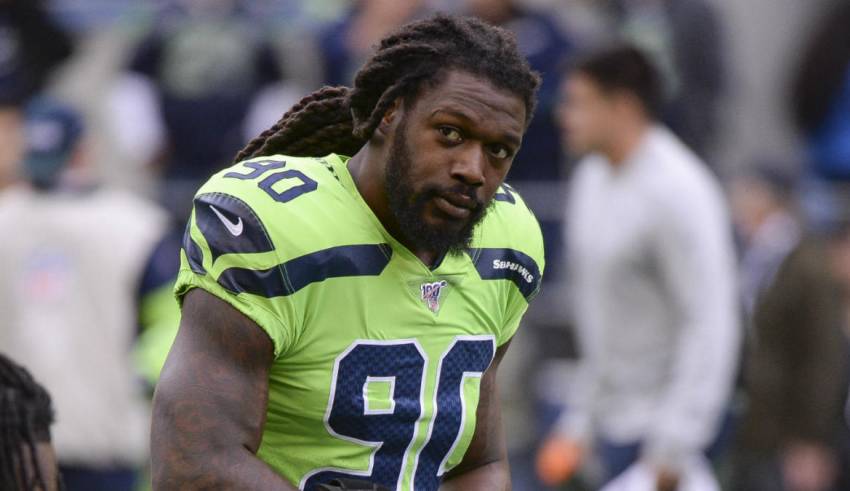 There is some very simple advice that the NFLPA should be giving to every player current sitting on a franchise tag: Sign it. Sign it now. Don’t mess around.

The economic climate in the NFL has certainly chilled, even with some buildings around the league starting to open back up amid the coronavirus pandemic. The market has stalled – if not outright shut down, except in the instance of some superstar quarterback negotiations – and there is a strong sense among the agent community that the well has gone dry. Owners do not want to spend even a little right now, much less dig deep to add outside talent.

Right now, it’s seller beware. Bad time to be a free agent still out on the street. The bird in hand is the way to go. The year 2020 has not been good to many, and NFL players are no exclusion.

No one I spoke to expects things to change in terms of spending habits until there is more clarity about what the 2020 season will actually look like. Wallets have largely been abandoned indefinitely in NFL front offices. Sure, things might still work out well for Dak Prescott and Patrick Mahomes and Deshaun Watson – but they are extremes as generational QB talents with significant leverage. They are not the rule, and for guards like Brendan Scherff or Joe Thuney, who were sitting on $16M tenders, they were smart to sign that bad boy a while back.

And, in the almost-certain instance of games being played with no fans (perhaps every game being played with no fans and perhaps not a full 16-game season as well), agents do not anticipate owners being truly open for business on major transactions until there is economic certainty on what players will be paid in the event of a fan-less and possibly compromised season.

“Show me the last deal of any consequence that was negotiated in the NFL,” said one prominent NFL agent who has several quality players still on the open market. “Nothing is getting done. It’s over. Except for a few quarterbacks, you aren’t going to see big contracts even getting negotiated until training camps are open in the summer.”

What are the Steelers‘ QB plans? And what’s the Eagles‘ ceiling? The Pick Six Podcast Superfriends answer those questions and more in Monday’s mailbag edition; listen below and be sure to subscribe for daily NFL goodness.

I tend to agree with all of that … so get those franchise tenders secured and don’t give owners a chance to rescind the tag. Because doing so could have dire financial consequences for many of the players involved. The climate simply is not conducive to executing mega-deals, at the extreme, and even the middle class – older yet still potentially impactful pass rushers like Cam Wake, Clay Matthews, Everson Griffen, Markus Golden and Mike Daniels remain on the street – is getting severely squeezed.

Jadaveon Clowney, who was on the tag a year ago but had the right to be tagged in 2020 taken off the table as part of his trade from Houston to Seattle, remains the face of this dilemma. Having to tag him at a 20-percent raise over his 2019 salary would have already been a problem, but in hindsight, sitting on a tag would be the best-case scenario for the former top overall pick.

The word throughout the agent community is that the reportedly “super lucrative” deal he turned down from the Cleveland Browns would have been worth $12M at its base. That’s a far cry from the over $20M a year Clowney initially wanted on a long-term deal. It’s also well below the $16.8M franchise tag that fellow edge defender Matthew Judon just signed with the Ravens last week. It’s not even close, actually.

Agents and players have to be aware of the talent that is still on the street and the potential options NFL teams have to add potentially-impactful cheap labor; in this league almost everyone can be replaced and the balance of power is sitting with owners. In the case of Judon, his representatives at SportsStars certainly surveyed that landscape when opting to advise their client to sign his tag.

“One-hundred percent,” agent Brian Mackler, who represents Judon along with James Ivler and Jerard Roggio, told me last week. “We had two guys I thought were going to be tagged this year – D.J. Humphries, the left tackle for Arizona who was able to get deal done before the tag, and then Matt (Judon). And if you spoke to me back in February we’d have had a whole different talk.

“But we’re in a different world now and I agree with you, Jason, there are a lot of good football players out there that are available, and the economics in the National Football League is probably going to change this year from what it’s been in the past.”

The cold reality is that if the Ravens had for any reason rescinded the tag – they were instead working out a compromise with Judon about whether he should be designated as a defensive end or linebacker for the purposes of the tag – he may have been forced to take a financial hit. Again, the Ravens are in Super Bowl-or-bust mode and aren’t in a mode to shed their best outside pass rusher, but had they pulled the tag, executives I spoke to estimated Judon perhaps was looking at an $8-$10M payday. And that is the same range multiple execs I spoke to evaluated for Clowney, given the current state of affairs in the NFL.

Does Clowney end up getting more than the near $17M that Judon just secured? I tend to highly doubt it; maybe in the summer, if a top team loses an elite defender to injury. Otherwise, I believe the market has spoken. It has never seemed likely the Chiefs would be able to get a long-term deal done with stud defensive tackle Chris Jones, and as in the case of Baltimore and Judon, they are likely renting that player for another year to try to win a Lombardi with him before he moves on to a mega-deal elsewhere. Both teams have a slew of young talent to continue to lock up after drafting so well.

That’s a first-world problem. A good one for the teams to have. As for the players, especially now, it’s time to bank on security, make sure you have locked into those salaries and hope for the best deal possible once the new economic norms of professional sports in the era of COVID-19 hit home for the NFL and NFLPA, too.

As we’re seeing in baseball, sorting through these new fiscal realities is far from easy, and abundant work remains to be done from a health and safety standpoint, let alone collective bargaining standpoint, before those game checks start being direct deposited in any accounts.