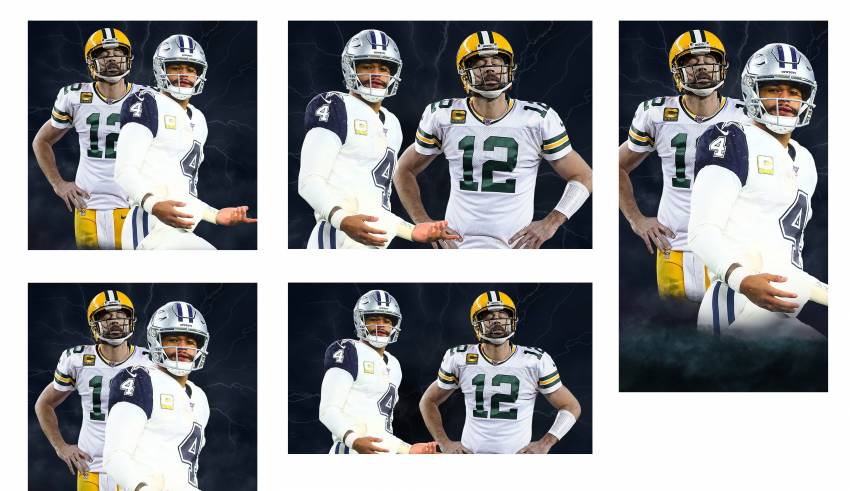 1. Ravens (1): Yet another milestone now in Lamar Jackson’s sights? He can break franchise’s single-season record for TD passes, which is 33 — set by Vinny Testaverde in 1996.

3. 49ers (5): Despite most impressive showing of season, won’t be easy retaining NFC’s top seed with trips to Baltimore, New Orleans and Seattle looming.

4. Saints (3): Trait that should serve them well? They’re unlikely to implode. Seven turnovers a league low, and they don’t have multiple in any game.

5. Seahawks (4): Want another great Russell Wilson statistic? When given a halftime lead of at least four points during his eight-year career, he’s 55-0.

6. Packers (6): They’re clearly vulnerable against teams that can rush the passer. Aaron Rodgers has been sacked 15 times over past four weeks (Pack 2-2).

7. Texans (12): It’s probably too early to draw a definitive conclusion, but it’s possible this defense might be playing better since J.J. Watt went down.

8. Chiefs (7): Complete season sweep of Raiders this Sunday, and they’ll essentially have a three-game lead in AFC West with four weeks remaining in season.

10. Colts (10): Losses to Raiders, Steelers may spell doom in tie-breaker department for Indy, which can’t make up much ground with three NFC opponents left.

11. Cowboys (9): How much does NFL showcase Dallas? Their Thanksgiving game immediately followed by another prime-time appearance every year since 2012.

12. Bills (15): Much has been made of Buffalo’s Division II schedule, but next four games against teams with winning records. What will we learn about Bills?

13. Titans (16): Would you believe Ryan Tannehill now qualifies as top-rated passer in AFC (111.4)? No wonder buzz is building that Tennessee may extend him.

14. Rams (11): Did they simply run into a buzzsaw Monday night, or has L.A. really fallen off this much in less than a year? The answer is probably … yes.

15. Browns (17): Heading into Pittsburgh with three-game winning streak, this is exactly kind of game where erratic Cleveland team must maintain composure.

16. Steelers (18): Not two years removed from Bell/Ben/Brown Triplets, T.J. Watt, Minkah Fitzpatrick and Devin Bush might be new faces of this franchise.

18. Eagles (14): No matter how beaten up they are, it’s officially go time given next three opponents prior to key rematch with Dallas are combined 6-27.

19. Jets (27): You probably know Jets have been on fire last three weeks, scoring 34 in each game. But did you know they feature NFL’s top-rated run defense?

20. Raiders (13): Horrendous as they looked in Sunday’s meltdown, a win at Kansas City in Week 13 vaults Oakland into first-place tie atop AFC West.

21. Chargers (21): Philip Rivers has now been on losing end of 61 games decided by seven or fewer points, most by any starting quarterback in Super Bowl era.

22. Bears (23): It’s convenient to pin blame for this season on Mitchell Trubisky. But what about running game that’s surpassed century mark twice all year?

24. Cardinals (25): Chandler Jones on track to lead league in sacks for second time in three seasons, yet does anybody give him acclaim he clearly deserves?

26. Falcons (19): Anyone else wonder why NFL decided we needed to see Atlanta and New Orleans meet on Thanksgiving night for second time in as many years?

28. Redskins (31): Best thing about Dwayne Haskins’ selfie? Zeal with which he commemorated two-turnover performance that saw him complete 45% of his passes.

30. Lions (28): Why wouldn’t they shut down Matthew Stafford? Maybe that comes next week, when they’ll likely be officially eliminated from playoff picture.

31. Giants (30): Why wouldn’t they shut down Saquon Barkley? Maybe that comes next week, when they’ll likely be officially eliminated from playoff picture.

32. Bengals (32): First, they kick Andy Dalton to curb without a chance for parole. Then, they throw Ryan Finely to wolves … without a chance. Now back to Dalton? Nicely done. No better way to encapsulate 0-11.