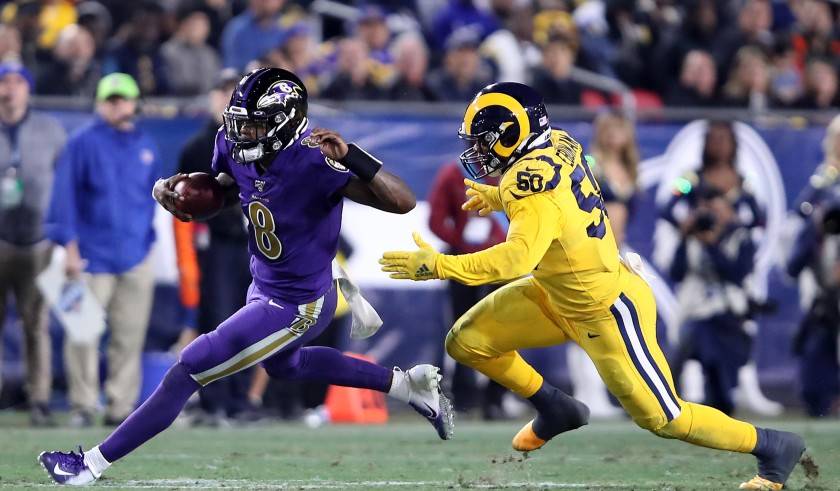 Thanksgiving is over, and holiday music is beginning to fill the air.

In the NFL, that means it’s the stretch run of the regular season. And in this year’s version of postseason musical chairs, a lot of the seats are already taken.

The New York Times has crunched the numbers, and nine of the 12 playoff spots are all but claimed. The New Orleans Saints are the only team that has claimed one for sure, locking up the NFC South and a home playoff game with Thursday night’s victory over Atlanta.

The Saints, who lost to the Rams in last season’s NFC title game, distributed T-shirts to players after Thursday’s victory that read: “The South is Not Enough.”

“This was objective No. 1, obviously, to win the division,” New Orleans quarterback Drew Brees told reporters. “But I think you know our mind-set and the group of guys we have in there, and just kind of how we’ve progressed each and every year. We’ve got bigger fish to fry, so to speak.”

Eight other teams have between a 99%-90% chance of advancing to the postseason: New England, Baltimore, San Francisco, Seattle, Buffalo, Green Bay, Kansas City, and Minnesota.

That’s a lot for this early in the process.

According to the chart published after the Thanksgiving Day games, Chicago is a pipe dream at 3%, and everyone else — including the Chargers — is at a 1% chance or less.

What that means is, more than most seasons, the NFL is a league of haves and have-nots. And that the lukewarm Cowboys (6-6) and Eagles (5-6) are fortunate to be playing in such a lousy division. Because if they were in the NFC North, South, or West, they would be on a one-way trip to irrelevance.

As it stands, even though the Eagles have lost their last two games and four of six, they can still claim the NFC East with a strong finish. They wouldn’t even need to beat the 2-9 Miami Dolphins on Sunday to stay in the hunt, although they probably will.

Sunday’s most intriguing matchup is a potential Super Bowl preview, with the 10-1 49ers playing at the 9-2 Ravens. That’s a smothering defense against a new-age offense led by Baltimore quarterback Lamar Jackson, the leading MVP candidate, who ran roughshod over the Rams on Monday night.

“They do some real cool stuff, stuff that’s real interesting,” San Francisco coach Kyle Shanahan said of the Ravens. “I enjoy looking at how impressive it is in the scheme, but it’s not going to be that fun thinking of how to stop it.”

The Ravens have already beaten four playoff teams from last season — Seattle, New England, Houston, and the Rams — by at least two touchdowns each.

The forecast for 49ers-Ravens calls for 100% chance of rain, which could affect the footing of players — Baltimore is the No. 1 rushing team, San Francisco is ranked sixth — and ball security. The Ravens practiced this week with wet footballs.

“I think I can recall back in Seattle, when we had some weather, they kind of had a plan for how they were going to approach that, and they did a great job, so they’ll be ready to go,” said Ravens offensive coordinator Greg Roman, who had that same role with the 49ers during the Jim Harbaugh years.

Another pivotal showdown is New England at Houston on Sunday night. The 10-1 Patriots have double-digit wins for an NFL-record 17 consecutive seasons, and are playing the Texans in the regular season for the fifth straight year.

“Obviously we’ve struggled against the Patriots in past years, but this is a different year,” O’Brien said.

Now, he and his Texans have a chance to prove it. 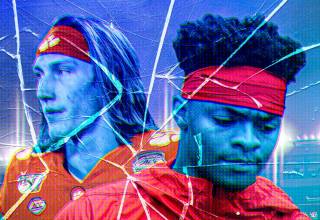