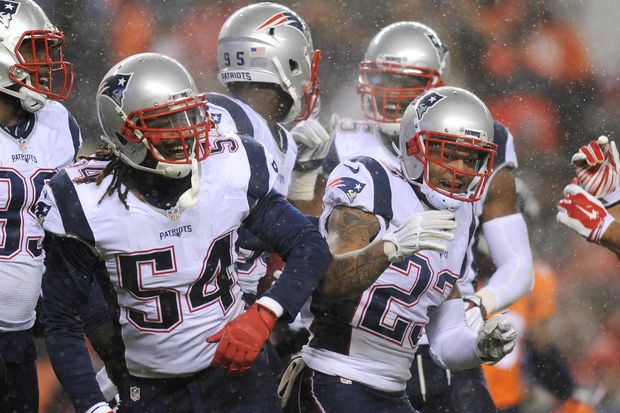 They have pre-existing conditions, newborn children and at-risk family members. They’re not ready to return to a job that’s incompatible with social distancing. They’re the NFL players choosing not to play football during a pandemic.

The NFL and NFL Players Association reached a sweeping deal last week that accounts for the certainty that the league’s revenue will fall in 2020—or that the season will happen at all. Part of that arrangement set the financial terms for the players who wanted to opt out of the campaign. With players reporting this week for coronavirus testing and training camps that will look unlike anything before, they had a decision to make.

Through Tuesday, 27 players notified the league and union that they’re planning to opt out. That number is expected to grow in the coming days with players having another week or so to make their final decisions on the matter.

The opt-outs have yet to feature any starting quarterbacks, but they are already upending the forecast for the coming season. Notably, six New England Patriots, including some of the team’s best players, have reportedly said they’re sitting out—throwing a franchise that has won six Super Bowls over the last two decades into even more flux after quarterback Tom Brady left for the Tampa Bay Buccaneers earlier in the offseason.

But beyond representing a potential shift in the playoff picture, the Patriots’ opt-outs are indicative of something else. NFL players compete in front of millions of fans on Sundays. They also have the same daily concerns as anyone else during a pandemic that has already killed 150,000 Americans. They have families, health conditions and may not believe it’s in their best interests to go back to the office.

New England linebacker Dont’a Hightower opted out after recently becoming a father, telling NFL Network that he and his fiancée are “more concerned with the health of our family than football.” Hightower’s mother also has Type-2 diabetes, a condition that has been associated with an increased risk of severe complications from the virus. Star safety Patrick Chung, who had recently spoken about expecting a child, is reportedly opting out as well.

Patriots offensive tackle Marcus Cannon is also part of the group. Cannon, who in 2011 was diagnosed and treated for non-Hodgkin lymphoma, is one of the many NFL players who are considered higher risk.

For those reasons, the likes of Hightower, Chung and Cannon bowing out isn’t especially surprising. It’s also not stunning looking at what they have accomplished on the football field. They have already won Super Bowls, made millions of dollars and have a personal reason why the added risk of the 2020 season may not appeal to them.

One of the critical questions during the NFL’s negotiations with the NFLPA was what players like these would be paid if and when they chose not to play. The ultimate decision was to separate them into two buckets: “voluntary” and “higher risk” opt-outs.

Higher-risk opt-outs include players with cancer, asthma, heart conditions, sickle cell disease or other conditions reflected in their medical records. The list of factors to qualify as high-risk, based on a modified list of factors from the CDC, notably excludes people with a high body-mass index—which would place many NFL players in this bucket.

The players in the higher-risk category receive a $350,000 stipend if they choose to opt out. The voluntary opt-outs, those who aren’t higher-risk but don’t want to play, are eligible for a $150,000 advance against their future pay.

The most fascinating person to make this decision was also the first person to publicly do so. Laurent Duvernay-Tardif is a guard for the Kansas City Chiefs. He started in the Super Bowl and was instrumental to protecting Patrick Mahomes during the Chiefs’ comeback championship win.

A Canadian who played at McGill University, Duvernay-Tardif was little known when the Chiefs drafted him in the sixth round back in 2014, before he emerged as one of the team’s stalwarts. But that’s not what makes him unusual.

Duvernay-Tardif is also a doctor. And this rare NFL player with a medical degree has spent his offseason assisting at a long-term care facility in Canada.

“If I am to take risks,” he wrote, “I will do it caring for patients.”

What do you think of the NFL’s pandemic plan? Join the discussion.