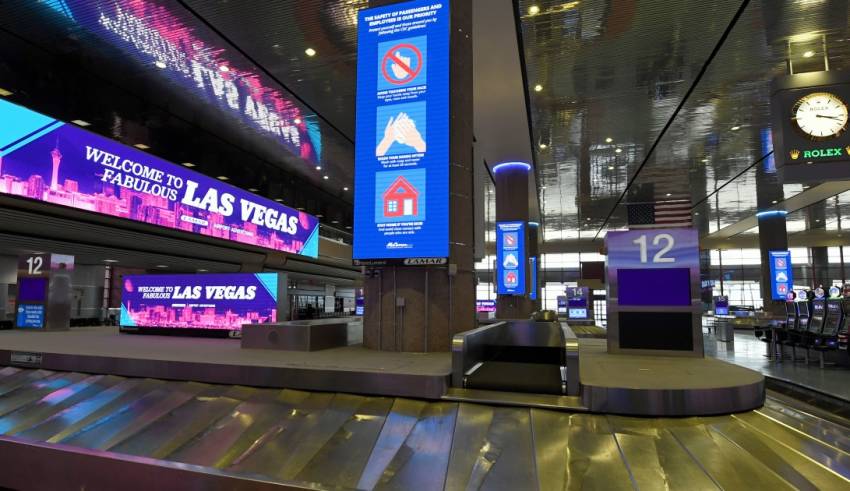 Las Vegas is off for next month’s NFL draft. No celebrations along the Strip. No boats navigating players across the Bellagio Hotel fountain to the stage. All that was scuttled in reaction to the coronavirus outbreak.

But the event is still scheduled for April 23-25, and the league has gone back to the drawing board to determine how best to stage it.

The NFL is not commenting publicly about what’s in the works, but according to two individuals with knowledge of the discussions, the current plans call for some type of studio setting with cut-ins from the headquarters of the teams making the selection at a given time.

In a memo to all league employees this past week and obtained by The Times, NFL Commissioner Roger Goodell wrote: “Planning for the Draft is a good example of how we need to think differently, embrace technology and collaborate. We will also use the Draft to help support fans and those people impacted in our communities.”

Goodell continued: “While there have been changes to the way we work and some of our plans, we have an unwavering commitment to upholding the NFL’s legacy of unifying and lifting the spirit of America, and bringing out the best in our fans and in our communities around the world. You’ll hear more from us in the days and weeks ahead about how we intend to demonstrate that commitment well beyond our fields. And I hope you’ll share your ideas on how we can do that.”

The league announced Monday that the draft remained on schedule and that all public events in Las Vegas had been canceled. It wasn’t entirely clear, however, whether it might still be some type of scaled-down version in that city. But the two sources confirmed Saturday that the event will no longer take place there.

The Raiders are scheduled to move from Oakland to Las Vegas this season, and the franchise is finishing construction on its new stadium there. Likewise, the Rams and Chargers are slated to play this season in SoFi Stadium in Inglewood, which is still being built. It’s unclear how the COVID-19 situation will affect the construction schedule.

As for the draft, tradition has been that the league brings in the top 20 to 30 prospects for the event, to participate in festivities, meet with the media, and wait with their families in the green room until they are selected. When they’re picked, the players walk onto the stage, are greeted by Goodell and hold up the jersey of their new team.

It remains to be seen what the NFL will do in that regard. Because it’s not known what travel restrictions, if any, will be in place a month from now, the league is not in position to make a final decision on that protocol. What’s more, that likely would require that everyone involved with the production test negative for the coronavirus, and those tests are not currently readily available.

In his memo, Goodell praises the work of league employees during this trying time and closes with a quote from a beloved former player, afflicted by amyotrophic lateral sclerosis or Lou Gehrig’s disease.

Goodell writes: “I look no further than one of the NFL’s legendary players — Saints’ legend and advocate Steve Gleason — to provide us comfort and inspiration. Steve offered these thoughts in his acceptance speech at his Congressional Gold Medal ceremony which I was honored to attend in January: