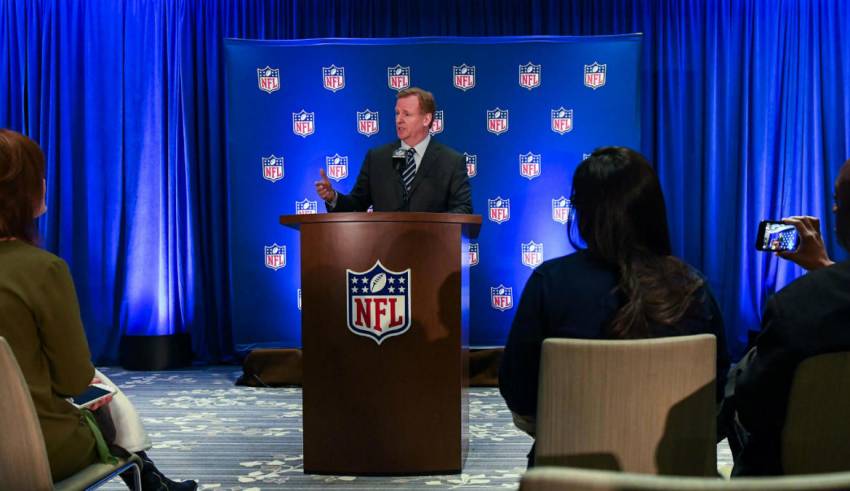 With a little more than two weeks until the 2020 NFL Draft, the league is still adapting on the fly to ensure this year’s selection process is completely remote because of restrictions stemming from the coronavirus pandemic. As noted by the Seattle Times’ Bob Condotta, NFL Network is reporting that process includes plans for a full 32-team mock draft in advance of the actual event.

The simulation would serve as a “dry run,” per Condotta, with the intent to show all teams “how to do the draft remotely.” The NFL originally intended for all 32 teams to have representatives at team facilities during the April 23-25 showcase, but commissioner Roger Goodell informed the league this week that the draft would be held in a “fully virtual” format, with all team personnel working remotely from their homes rather than at facilities — many of which are still all but locked down due to the pandemic.

All the specifics of the draft, which was originally tabbed as a lucrative in-person gathering in Las Vegas, remain up in the air, at least publicly. Pittsburgh Steelers general manager Kevin Colbert has reportedly even gone so far as lobbying for three additional rounds to be added to the draft to make up for abrupt changes to the pre-draft evaluation process. But Goodell has reportedly been insistent about the event carrying on as scheduled, albeit with potential special rules to allot teams more time to make picks during the draft.

The draft is currently set to begin at 8 p.m. ET on Thursday, April 23, with broadcasts on ESPN and NFL Network.