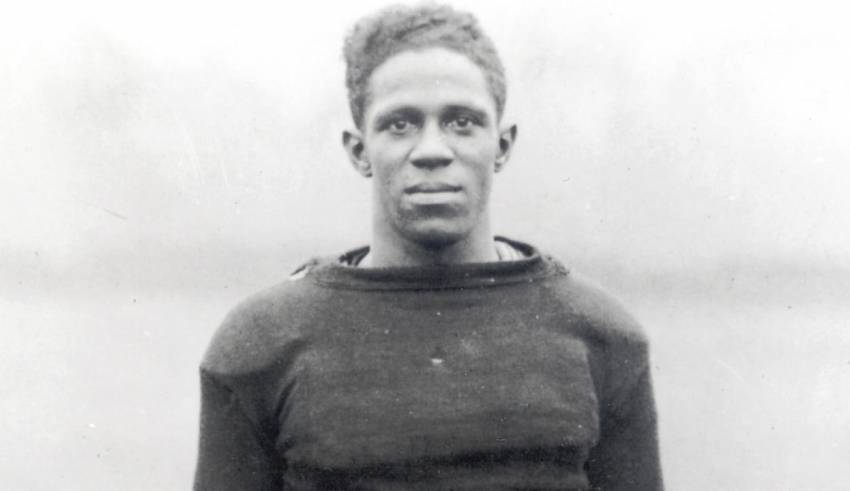 “Fritz Pollard: A Forgotten Man”, directed and produced by NFL Network senior producer Anthony Smith, will be screened virtually at 5 p.m. ET on Thursday, June 18. The documentary will be followed immediately (6 p.m. ET) by a town hall discussion — hosted by the NAACP, in collaboration with the NFL — featuring current and former football players and coaches, which will focus on the role of sports leagues and athletes in dismantling structural inequalities. RSVP at naacp.org.

In May of last year, I was wrapping up another busy day at the office. My short documentary on the late, great Nipsey Hussle was in its early stages, and most of my time was consumed with producing content for our celebration of the NFL’s 100th season. My dance card was full … or so I thought.

That’s when I was presented with an opportunity that I could not turn down: A chance to tell the story of one of the first black players and first black head coach in NFL history, Fritz Pollard.

Growing up on military bases around the world, my parents made sure my brother, sister and I were taught about black history, including some people and events that were not so well known. Charles Drew and Garrett A. Morgan? Check. Bessie Coleman and Madam C.J. Walker? Check. The massacres in Rosewood and Tulsa? Check. Yet, Fritz Pollard was a name that escaped our lessons. I didn’t learn about him until I began working for the NFL in 2005. Upon his posthumous induction into the Pro Football Hall of Fame that same year, I found myself going down a rabbit hole to find out who this forgotten man was.

A star player at the league’s inception in 1920? A head coach of white players at a time when a black person could be lynched for even looking at a white person the wrong way? I felt like I was reading a series of typos. How could this be real? I read every article about him I could find, eager to understand how Fritz was able to make history. It was as if I were studying for an exam that was never going to come.

When the head of our department, Dallas Hitchcock, presented the Fritz project as part of our content around the NFL’s centennial, I said “yes” before he even finished the pitch. Although my enthusiasm for the undertaking was high, I immediately recognized the challenges of telling Fritz’s story, the most prominent being creating a film that would resonate with younger audiences despite having limited footage of his playing career.

Early on when we were considering how to tell this story, we decided we wanted a former player to serve in the documentary as the guide on the journey to discover who Fritz Pollard was, with that player traveling around the country to various locations pivotal to Fritz’s life, learning about Fritz along the way. The former player who quickly rose to the top of the list for this assignment was our NFL Network colleague, Nate Burleson.

Nate’s contribution to this project cannot be overstated. His infectious personality, natural inquisitiveness and appreciation of history all made him ideal for this role. And his talent as an interviewer allowed many interviewees to open up about the issue of race — a subject that is as difficult to talk about as any. It was humbling to hear members of the NFL family like Jim Brown, Tony Dungy, Warren Moon, Art Rooney II, Art Shell, former Commissioner Paul Tagliabue and current Commissioner Roger Goodell discuss Fritz, his legacy, and the topic of race.