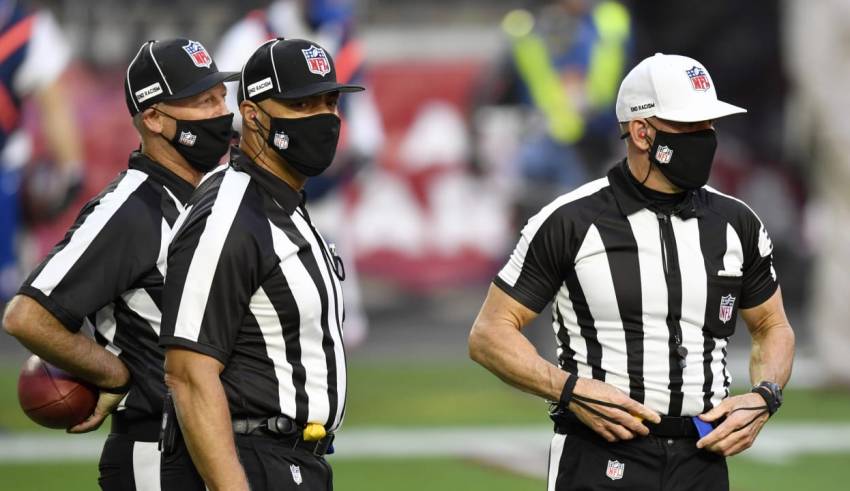 Pass interference replay review was a flop, so much that it was abandoned by the NFL after one year of use, but that’s not going to preclude the league’s owners from considering employing replay to examine other key penalties.

With the Annual League (virtual) Meeting coming at the end of the month, owners could vote to approve a new rule change to make roughing the passer reviewable by replay, according to NFL Network’s Judy Battista. The potential for implementation immediately calls to mind the league’s failed experiment with pass interference replay review, which Battista pointed out could be a preview of how owners consider this proposal.

If our one-year dance with pass interference review taught us anything, it’s we should hope that roughing the passer is better defined — or more aggressively reviewed — than pass interference was. The league encountered a stretch of about a half of a season in which pass interference replay reviews were overturned so infrequently, coaches simply stopped even considering throwing the red challenge flag on questionable plays. A second half with much more aggressive reviews brought things closer to even, but it was too little, too late.

There is a reason for the consideration of reviewing roughing the passer, though. One needn’t look further than a late-season affair involving the Detroit Lions and Minnesota Vikings, a game that was largely inconsequential for the postseason race but encountered a game-changing twist when a takedown of Vikings quarterback ﻿Kirk Cousins﻿ drew a flag for roughing. The penalty wiped out Minnesota’s fourth-and-goal failure and gave the Vikings a fresh set of downs, resulting in a touchdown that proved to be the game’s deciding score.

Issues with roughing calls date back to when the rule itself was amended to include a flag if a player landed on top of a quarterback as he hit the ground, which came as a result of ﻿Aaron Rodgers﻿ suffering a broken collarbone in an early-season game against Minnesota when he was taken to the ground by linebacker ﻿Anthony Barr﻿. Routine sacks, once celebrated by many, became danger zones for defenses looking for a big play and instead giving the offense a chunk of yards and a new set of downs. Never was the rolling-off tackle more important than during this time.

Such a change to include replay would seemingly muddy the waters at first if pass interference replay is any indicator, but might also bring long-term clarity to a rule that has become significantly more nitpicked by officials since the aforementioned body-weight amendment. There have been more than a few questionable roughing calls (see: Browns vs. Jets in Week 16), and it might be helpful to the flow of the game to start getting these right, even if it takes an additional minute or two.

Roughing isn’t the only change on the table in the upcoming March and May meetings, per Battista. Owners will also consider reverting overtime back to sudden-death rules, which would eliminate a change many deemed necessary due to the general improvement of kicking abilities. The rule change, which required a first-possession touchdown to instantly win while a field goal gave the opposition a chance to respond, would keep intact the importance of winning the overtime coin toss, while also eliminating a team’s chance to counter if able to keep the offense out of the end zone. This would seem to be a step back, but that’s why owners discuss these things before implementing them.

Also on the docket is a proposal to offer an alternative to an onside kick, which has become increasingly difficult to recover due to safety rule changes. The second option would be to try a fourth-and-15 from a team’s own territory, a proposal that was tabled during last offseason’s meetings.

And finally, The Monday Morning Quarterback reported the Buffalo Bills proposed a requirement for all teams to wait to start the interview process for vacancies (head coach and GM chief among them) until at least the conference championship round and delay hirings until after the Super Bowl. The goal of this proposal is to try to give more opportunities to qualified minority coaches, with Buccaneers defensive coordinator Todd Bowles and Chiefs offensive coordinator Eric Bieniemy serving as prime examples of the current process keeping them out of legitimate consideration for openings.

An issue with this is easy to see: How does the league enforce such a rule?

“One owner told me it would be virtually unenforceable,” Battista said during a Wednesday appearance on NFL NOW. “There would be tampering all over the place. It’s a big ask to say to an owner who just came off a terrible regular season in which he fired a head coach or fired a GM or maybe both, ‘Hey, now you’ve got to wait an entire month before you can start the interview process.’ The expectation is there would be a lot of people trying to circumvent the rule. So the question is, can they come up with a rule that has the desired effect?”

We’ll find out what the owners can come up with at the end of the month in a meeting that has the potential to significantly change aspects of the game this fall and beyond.