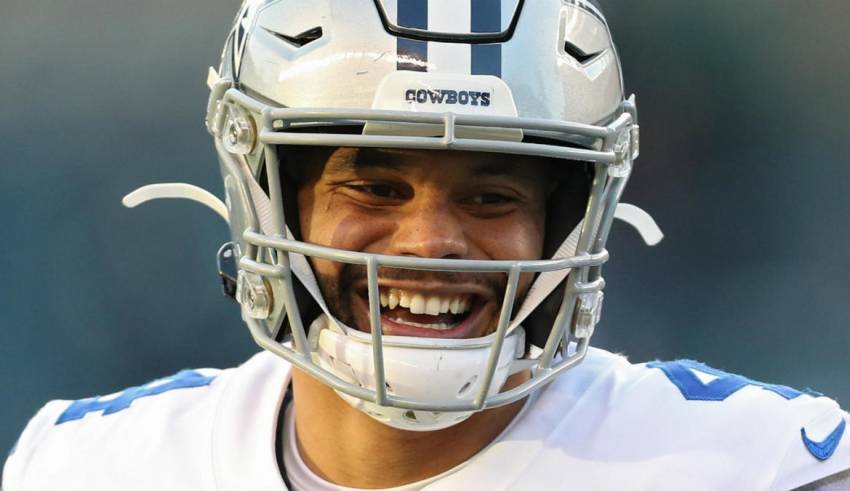 I’m going to let you in on a dirty little secret. NFL teams would love nothing more than for the Patrick Mahomes contract to become a template for the next wave of mega-deals from the recently-negotiated collective bargaining agreement.

But they won’t get that lucky. If anything, I’d suggest history will look at this pact between the best player in the NFL and the reigning Super Bowl champs as a team-friendly anomaly the likes of which few other top players will ever consider, much less sign. It will look like Adrian Peterson’s final contract with the Vikings has come to look; a one-off that doesn’t serve as much of a springboard for other deals. In this case, no one is going to want to be like Pat.

Don’t get me wrong — it’s a lot of money and security. But handing away 12 years of control to a team in any time is beyond extreme — especially at the most critical position in all of pro sports — and doing it at this juncture (mid-pandemic, before the new TV and gambling and other sponsorships kick back in and at a time without fans in the stands) has baffled many who negotiate contracts and some within the NFLPA ranks.

Mahomes is thrilled with the deal. He will make untold fortunes off the field as well. He will be fine … but a trend-setter he will not be. The deal has been universally panned in the agent community among all I have spoken to, and, to let you in on another secret, the QB contract NFL front offices are fearing from this summer isn’t Mahomes’, it’s Dak Prescott’s.

Prescott’s patience stands to be rewarded in robust ways we rarely see in this league. He is primed to becoming the rarest of entities in this country’s richest league: a premier QB, in his prime, able to negotiate with all 32 teams as an unrestricted free agent. And, at a position in which timing is everything (ask Joe Flacco, Sam Bradford, Kirk Cousins, Jared Goff), Prescott is likely looking at a market re-setting haul come early 2022. By which time supply and demand at the QB position is almost certainly to be back with the players, with this bizarre 2020 offseason — when more proven passers were available than there were needy teams — long in the past.

Trust me, Prescott sticking to his guns, virtually certainly getting tagged again by the Cowboys in 2021 (to the tune of $38M) and then hitting the street 12 months later is a far more frightening sight for owners and GMs than are the gross figures of the $477M Mahomes stands to earn — because it will take him an entire career to earn it and that cost certainty is worth gold in this sport.

What would keep Steve Bisciotti up at night isn’t the specter of Lamar Jackson asking for every penny Mahomes got next January. It would be Jackson playing out his fourth season in 2021 and then waiting to see what Prescott gets on the open market. That will be staggering.

Consider than Mahomes will earn $63M in the first three years of his deal, while Prescott will earn $70M in the next two. And if Prescott opts to follow the Cousins path after successive franchise tags in 2022 (and we assume the business of football will be booming as never before post-pandemic with a vaccine widely available) then what would Cousins’s fully guaranteed, three-year, $86M deal equate to in those terms? With the cap back soaring?

And what might that say for the worth of Jackson, Deshaun Watson, Kyler Murray or Joe Burrow (he could be seeking a new deal after the 2022 season) by then? At some point, some player would follow Cousins’ lead. Prescott is now more than halfway home to doing so. And once he gets past that second tag, taking any sort of long-term deal would be counterproductive.

True leverage in this league comes from proximity to being able to hit the open market. Particularly at key positions where the Next Man Up mantra doesn’t hold. Prescott seems to embrace that. Mahomes forgave it. Both will experience generational wealth and prosperity and a peace of mind. Only one has a chance to be trailblazer, however, when it comes to shifting the NFL’s spending paradigms at least a little more in the favor of his peers.

Washington gets it right with Donaldson, needs the right team president

Kudos to the Washington football team for hiring Julie Donaldson to oversee its content and broadcasting. In light of the franchise’s toxic culture of sexual harassment being brought to the fore, again, by a recent Washington Post expose, this is a decidedly forward thinking and progressive move for a team rarely lauded for such.

Donaldson is a veteran of the DC media scene, an accomplished host and reporter and a breath of fresh air from the way things have been done with in-house media there. She is already well connected in the organization and is well respected inside and out. Few teams, if any, have put women in executive positions like this, which also make them in essence the face of the franchise in terms of messaging and branding and it is certainly a step in the right direction.

Regardless of the findings in the investigation that owner Dan Snyder has paid “outside” counsel to conduct, this team would be wise to spend even more time and resources discovering a team president to truly attempt to right the culture there. Someone who brings morals, wide-ranging experience and leadership, maybe even a hint of gravitas to the club. Years ago there were unfounded rumblings about Condoleeza Rice as a candidate to coach the Browns … but given her background and love to football and unique and unprecedented qualifications across the board, such a position in a city she knows so well would be an absolute grand slam for Snyder.

For 100 years this league has yet to have an African American team president. Somehow. Rice could be transformative in so many ways. I have no idea if she would be interested, but I would exhaust all options to find out. I’d also be in close contact with former player Shawn Springs, a football lifer who lives in the region and played for the team and was a star in the college and pro ranks and who has earned business and tech accolades far and wide for the work of his company, Windpact. It might not be the best time for him, but he’s been a sponge around guys like Paul Allen and leaders of industry, he understands locker rooms and coaches rooms (grew up at the feet of Tom Landry with his dad a stalwart on the Cowboys) and even helped raise the team’s QB, Dwayne Haskins.

Bottom line — if this franchise truly wants to change course and find an innovative steward, options abound. And change is clearly, badly, needed once more.

The NFLPA has been very effective in its practices and negotiating in recent days, both via social media and also behind the scenes. Sure, the NFL was always going to relent on playing no preseason games, as I have been noting in this space for weeks, but the PA got it done sooner rather than later. Daily testing was always the only thing that made sense, and that is a reality now, too, at least during the early weeks of camp.

And we’ve been telling you for quite some time that there was no way in hell that 90-man rosters were going to hold … and they’re not. It’s a good year to be a drafted rookie, because a ton of them are going to make teams that have so little chance to weed through who belongs and who does not; they’ll get the benefit of the doubt.

The big key now is figuring out all of the financial components that still need to be resolved. Given the recent tenor of conversations, things are headed in a good direction. Nothing is final until it is final, but I like the way things are trending.