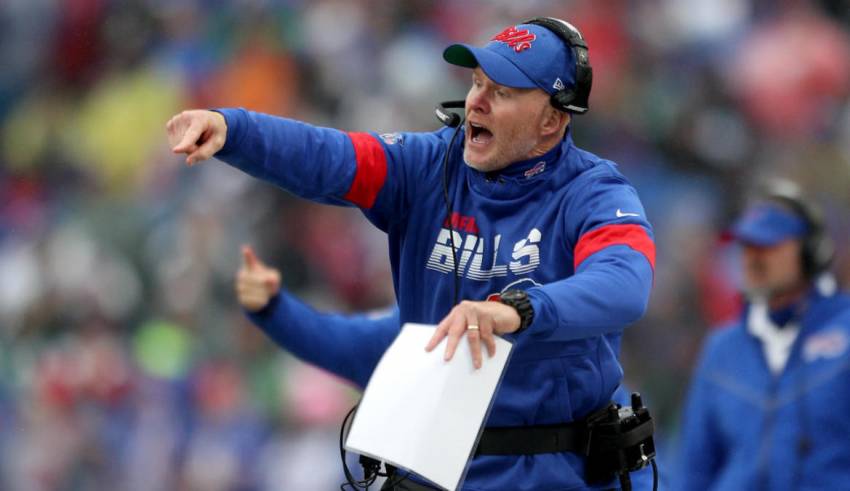 The trend toward younger head coaches has been all the rage in the NFL this decade, bringing with it some quality results.

We’ve seen Sean McVay and Kyle Shanahan lead teams to the Super Bowl shortly after taking the reigns for the first time, and Sean McDermott transform the Bills franchise from decades of playoff absences to regular appearances. And, for good measure, we’ve seen a team like the Panthers make a relatively unprecedented term and financial commitment to a young head coach in Matt Rhule this offseason who has never coached in the NFL, either.

And with that success has come another relatively new phenomenon in coaching circles; a corollary of sorts to the market that has started to occur with increasing regularity. The six-year contract extension is now becoming a thing. A quasi-regular thing. When Shanahan first got a six-year deal as a rookie head coach, heads turned around the league. Heck, some execs got whiplash. But after McVay’s immediate success resulted in him receiving a five-year extension just two years into his original deal, the stage was set for more long-term pacts for other rising, young head coaches.

Fact of the matter is, when you hire 30-something head coaches, you aren’t as worried about age or burnout or the league passing them by in the near future. There are fewer reservations about locking them up for a half decade or more, and the thought of a guy like that out on the open market scares ownership. After finding a bright coach like that and giving him his first shot, the idea of developing him for someone else (and of him taking the many budding assistants he is cultivating with him) is the last thing anyone in management wants.

Is Carson Wentz overrated? Underrated? Properly rated? Host Will Brinson and the Superfriends answer that mailbag question and more on the Pick Six Podcast; listen below and be sure to subscribe for daily NFL goodness.

Rhule got seven years back in January from Carolina. Shanahan got six more years earlier this month. McDermott got a new six-year deal done with the Bills just this week.

Even in a pandemic, the market is moving for the best and brightest of the youngest coaches in the game. It’s worth noting that one man – agent Bob LaMonte – negotiated the McDermott and McVay deals, and, well, the record setting 10-year pact that Jon Gruden earned from the Raiders two years ago that truly reset the coaching market and served as the foundation for many of these other lengthy deals. Expect the trend to continue.

Finally, the tight end market is moving in line with the import of the position. We are in an era when the move tight end has become a staple of the passing game and a necessary cog in the matchup games offensive coordinators play. Now they’re starting to get paid as such.

The fact that Austin Hooper, at a little over $10M a year, was carrying that mantle was just wrong. The elite tight ends deserve more, and now, with George Kittle and Travis Kelce agreeing to new extensions within hours of each other, things are more in line with the reality of the roles these men play. Now, we have $15M a year as a new benchmark. Now we have $30M guaranteed at signing for a tight end. It’s about time.

And come 2021, Hunter Henry and Mark Andrews stand to be the next to benefit greatly from this development. Tagging Henry a second time never seemed like the way to go for the Chargers, and tying him up long-term now comes with more cost certainty, and a heftier price. Henry would crush it on the open market if he stays healthy in 2020; consider that Kittle and Kelce were each years from free agency and unable to negotiate with any other teams when they signed these extensions, while the open market always brings the greatest fiscal rewards.

Andrews has been the primary fulcrum of the Ravens‘ passing attack since his first training camp, he has incredible chemistry with MVP quarterback Lamar Jackson and is a beast in the red zone, and after completing his third season will be in line for an extension. With a host of core players in line for extensions in the next 18 months, the Ravens would do well to start with Jackson and Andrews next January.