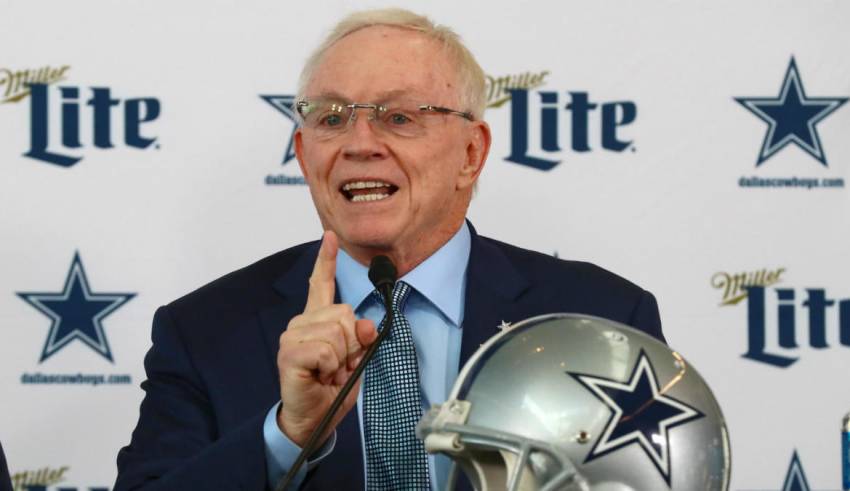 NFL fans get preconditioned to obsess over the salary cap. This time of year in particular, with free agency about to begin and players being cut around the league because of their cap figures, so much of the pro football conversation gets dominated by how much cap space teams have, or lack of it.

Of course, with a soft cap, the dirty little secret is, and always has been, that cash trumps cap and there are myriad ways to convert salaries and create space and continue to have a means to spend. Even teams seemingly caught in a bind routinely find ways to extend players or apply the franchise tag to players despite those confines … as long as ownership is willing to foot the bill and keep writing checks.

The discourse of the cap, most often, excludes the true numbers that matter, and the metric that tells the story about which funds were actually poured into the product in pursuit of victories. Despite this being the far and away the greatest revenue generating sport in this country, and despite the owners sharing a revenue model in which massive cash subsidies arrive every year from the television contracts alone, we generally don’t speak about payroll in the NFL the way we do in other sports. It’s all cap, cap, cap.

We think of huge-pocketed guys like Jerry Jones, whose big personalities have become woven into the very fabric of the game, as massive spenders doing whatever it takes to win, even if it means bidding against himself. We focus on the snapshot of two desperate teams over-spending on some mediocre free agent and lose sight of how much money so many teams are bringing in, and forget which owners aren’t exactly threatening to spend up to the cap in any given year, let alone over it.

Did you read all 456 pages of the CBA!? Does Tom Brady to the 49ers make sense? Will Brinson and the Pick Six Podcast Superfriends dive into those topics and more on the latest episode; listen below and be sure to subscribe for daily NFL goodness.

So, take a minute and hazard a guess as to which owners you believe have spent the least on actual payroll the past four seasons. Forget about the cap and funny money and focus on base salaries and signing bonuses and roster bonuses and make a list of who you figure are the six lowest-spending teams in the NFL from 2016-2019.

Okay, are you ready? Here are the actual bottom spenders, culled from NFLPA salary numbers, over that span (rounded to the nearest thousand).

That is your bottom 20 percent in spending in the league in that timeframe.  The average NFL team spent $703M on payroll in that span, and the top five spending teams in the league during that span – the Jaguars, Eagles, Falcons, Bears, and Packers – all spent at least $750M in salary since 2016. Of course, spending the most didn’t prove worth it for any of those teams save Philadelphia – but nevertheless, I’d presume seeing Jerah’s World at the bottom of this list would surprise some people (and seeing the Ravens that low as well probably would too, since their annual woes with the salary cap have become a narrative).

So what’s the moral of this story?

Cowboys fans, don’t believe the hype about trouble keeping Dak Prescott and Amari Cooper and Byron Jones and anyone else. It’s beyond time for the Cowboys to be writing checks left and right. The posterboys for marketing and sales revenue spent $134M less than the tiny-market Jaguars over the past four years. Let the shopping begin in The Big D!

Ravens fans, even with a Matt Judon franchise tag looming, don’t get caught up sweating over every dollar in cap space. Baltimore has plenty of space available now and even more that can be freed up. It’s all about cash, and it’s time for Steve Bisciotti to get going again. Joe Flacco is off the books. Lamar Jackson makes peanuts. This is the exact time to extend players and buy while most of the best players on the team aren’t making even a fraction of their worth.

Should they give Jadeveon Clowney $22M a year? No. But getting a little creative with salary structure and being willing to guarantee some future roster bonus payments is more than enough for ownership to invest in a receiver like Emmanuel Sanders and at least flirt with a pass rusher like Everson Griffen and an interior offensive linemen, at the very least. Or make an effort to take on salaries of Stefon Diggs or a pass rusher like Melvin Ingram in trade, instead of the free agent route.

According to Spotrac, the Cowboys (20th) and Ravens (21st) are both in the bottom third of current 2020 payroll, at around $130M, with the cap projected to go to $200M or slightly higher. Both teams have Super Bowl ambitions. It’s time for both to start spending like it, and ownership to budget accordingly.

One thing that should have been part of new CBA

Had an agent I very much respect suggest something to me recently that should have been a part of the collective bargaining agreement, with which I wholeheartedly agreed. Franchise values are massive and always soaring and are about to go even higher with labor peace, new television contracts and a huge influx of gambling revenues all on the horizon. So how about imposing a small tax whenever a franchise is sold to help the men who did so much to build the game and these very teams, while getting precious little in return?

Specifically, establishing a mechanism whereby whenever teams are sold, a certain percentage of that sale (very, very small), is put into a fund for the “Pre-93s,” the generation of players who came before the modern CBAs and who most need help and assistance. Teams are already selling for over $2 billion and it won’t be long until $3 billion is the norm. Even one percent on a $3B sale would be huge, or half a percent.

Fact is, this league grew to its heights on the backs, and knees and necks of these men, at a time when player health and safety were hardly talked about and playing surfaces were brutal and salaries were modest. Jerry Jones hasn’t turned his $170M investment into a $5B franchise all on his own, for instance, and I’d love to see the NFLPA push for something along these lines in future years.

New CBA has its flaws, but I get it

I still fully expect the NFLPA players to ratify the new collective bargaining agreement by the end of this week. I have yet to talk to anyone associated with the process who does not anticipate at least one more player voting for this proposal than those who vote against it. That means no usage of two franchise tags. Overall, the union was always in a very tough spot and even among some of its most ardent detractors I heard, in general, an understanding that there were gains made in this new agreement.

Nothing is perfect, but if I was a rank and file NFL player I would have no problem voting for this CBA. Would I wish there was an opt out after 5-7 years? Sure. Would I want a player to be tagged only once in his career? Yes. Do I think teams should have to spend at least 90 percent to the cap every year, rather than over a 3-4 year period? Damn right. Is it silly that teams still have to put money in escrow upfront on guaranteed contracts? Hell yes.

But the NFLPA was never going to be in a position to get all of that, and the reality is a work stoppage wouldn’t make any sense and this is the perfect time to grow the revenue pie with TV networks and corporate sponsors, which drives the cap higher and higher. Billionaires vs. millionaires is never a fair fight, but this deal will put more money, better benefits and more opportunity (through more jobs) in front of the average NFL player. I get it.