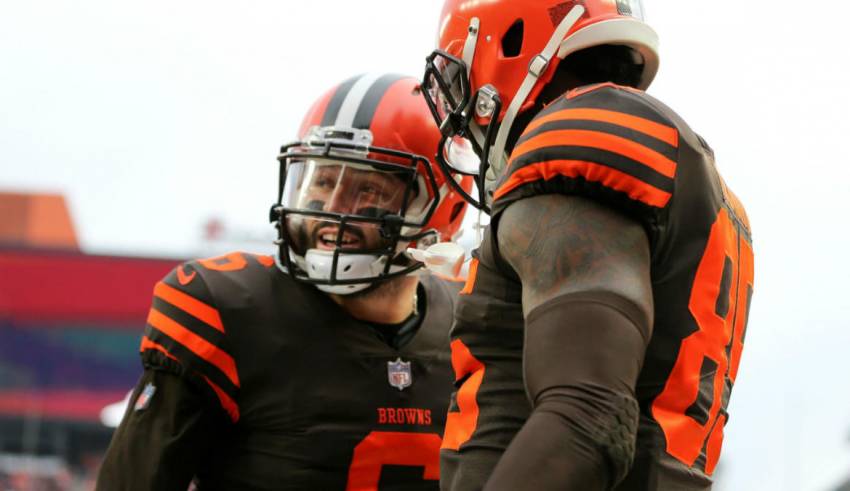 The deeper we get into this most bizarre offseason in NFL history, the more I find myself buying the Cleveland Browns. And, in particular, buying Kevin Stefanski as the perfect antidote to their flawed, Freddie Kitchens-led 2019 campaign.

Since March I have been hearing positive reviews, mostly whispered, not screamed, from those within the Browns long-toxic building about Stefanski’s cerebral approach and calming impact. You’d pick up something from a player or two, or an agent who represents multiple players on that team. They would be small but salient texts or asides in a phone call about some tangential topic.

“This guy seems to really get it,” one agent opined after talking to his Browns clients months ago.

“Could be the right guy for the job,” another passed along a few weeks back. “Players seem to respond to him, even if it’s all remote.”

I don’t want to get too high or heady about this stuff, because truth be told I thought this team would finally emerge from its decades-long malaise last year. But something does seem different, and Stefanski’s Ivy League, uber-prepared, detail-oriented approach seems like the perfect yin to last year’s anything-goes yang. The vibe is more professional and organized — even via Zoom — and I continue to hear that Stefanski is all-in on melding his offensive approach to the strengths of this team, and not forcing some super-complicated system down everyone’s throat.

Which teams could dominate the NFL for the next decade? Ryan Wilson and host Will Brinson answer that question and more on a Mailbag Monday edition of the Pick Six Podcast; listen below and be sure to subscribe for daily NFL goodness.

It’s too soon to see much tangible evidence of the buy in on-field, with this reworked training camp and all, but it’s worth noting how quickly that disgruntled tight end David Njokou changed his tune about a trade request. He went from being the one dissenting voice amid a locker room famous for them over multiple coaching regimes, to proclaiming his joy to remain a Brown a mere few weeks later.

Of course, Njokou should have known better than to fall prey to the siren call from agent Drew Rosenhaus as he recruited the tight end away from his former agents — it was never going to be easy to get the talented but star-crossed player traded and paid — and kudos to rookie GM Andrew Berry for the level-headed way in which he navigated the situation, keeping a player vital to their tight-end heavy offensive attack and getting him back in the proper headspace with camp opening in earnest.

I believe Stefanski is going to limit the volume thrown at Baker Mayfield, get him to deliver the ball quickly and confidently, and utilize a bruising two-back attack to soften up opposing defenses. Less hero ball; more three-step drops and rapid delivery like a point guard. With an expanded playoff field, the Browns are going to be an interesting team to watch, and if the AFC North ends up sending three teams to the postseason I wouldn’t blink.

The rhetoric coming out of some NFL front offices about players opting out is sad but not shocking. It’s fairly disgraceful, and these team or league execs would never dare say it out loud, but have no problem trying to apply pressure to the NFLPA and its players through the media anonymously.

Please keep the following in mind when you read anything about players not acting “in good faith” as it applies to opting out of the 2020 season — these stipulations were literally just collectively bargained between the NFL and NFLPA about football amid COVID-19. No one is gaining anything by leaving the sport for a year with so much risk and uncertainty about how it will play out. The owners literally just agreed to two tiers by which players of various roster designations and experience can collect a stipend — to be paid back in 2021 — in order to stay home in 2020.

The idea that a player would exploit these rules for self gain is, on its face, ludicrous. Again, these are the rules and players can follow accordingly. Good faith has nothing to do with it. A player who is in line for a contract extension that his team may not want to pay, in part because of the uncertainty of lost revenue amid this unusual season, who informs that team he might stay away is merely exercising his collectively-bargained rights. He is using all factors of the situation to make a final decision in the same way that team is claiming COVID-19 makes it hard for them to pay him now.

This coin always has two sides, and it’s pretty rich coming from management in a league without guaranteed contracts. Teams routinely apply the franchise tag to squat on a player’s rights for another year, or to maintain his rights to later trade him that offseason, and not as a “good faith” trigger to a long-term deal, as intended per the CBA. Teams routinely rework and extend a player’s contract not as a true means to keeping him around longer, but to gain short-term cap relief.

Please. Save that good faith garbage. Especially in a pandemic.

The mere fact that there is an “opt-out deadline” at all seems odd to me given what the NFL and its players are up against. That anyone thinks it’s just to bump it up because players are mulling all options is distasteful under these circumstances and, from the chatter I am picking up, will ultimately lead to more players saying no thanks to what might be a doomed experiment anyway.

As Pats veteran safety Devin McCourty put it in a recent online interview with reporters: “It’s an absolute joke that NFL is changing the opt-out period, mainly because they don’t want to continue to see guys opt out. I’m sure they’re shocked about how many guys have opted out. But it’s the same thing when we sign the CBA; sometimes some of those things that we think are good sometimes backfire.”

By Wednesday, this agenda might backfire even more, with many players currently on the fence about opting to skip 2020.

Oh, which team you say? Sorry. I should have specified. Both.

The New York Giants and Jets, combined, might hit six wins. That’s where I would set a Big Apple over/under should we actually see these outfits take the field 16 times each in 2020. It’s not going to be pretty.

The Giants continue to lose players to injury and/or breaking the law, and already had one of the thinnest and worst collections of talent in the NFL. The defense has major issues at every level, and the offense will  have two weeks of padded practices to absorb a brand new system and new coaches with a second-year QB. Rookie coach Joe Judge has no shot. Godspeed.

Would anyone be surprised if this team was picking in the top five, again? The learning curve, under these working conditions, will be beyond steep. In a pass-heavy league they lack for dudes who can pressure a quarterback or make plays on the ball downfield. Their best weapon on offense is a running back for a team that figures to be playing from behind quite a bit.

As for the Jets, another day, another controversy. Gone from that locker room in the span of a week are Jamal Adams, their best player, linebacker CJ Mosley, arguably their next-best player, and now guard Brian Winters, their longest-serving player. They are bereft of talent on both sides of the ball, have only one regular who has been there since 2016 (defensive lineman Steve McLendon)  and are always dealing with one scandal or another. Owner Woody Johnson’s possible return in November, amid allegations of improper comments regarding race and gender and an ethics scandal as Ambassador to the UK, is just one more cloud hanging over them, and if you were writing a script for teams doomed and damned to fail, this would be a good one to steal.

I believe young GM Joe Douglas has the skills to eventually turn this around, but this has become a total tear down and we’ll see what else he could fetch for the few veteran assets that remain (Le’Veon Bell, anyone?). I foresee a bleak football horizon in New York. It’s frankly hard to think otherwise, given the events of the past few weeks and months.