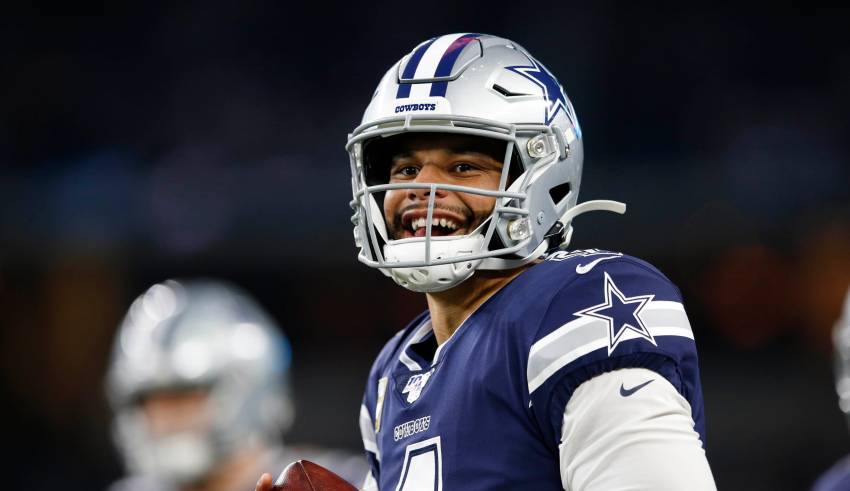 NFL teams are down to a week if they want to franchise potential free agents ahead of the 4 p.m. ET deadline on March 12.

This year’s tag window has been atypical, sliding later into the calendar amid ongoing collective bargaining negotiations, which have generated an additional wrinkle. If a new CBA is not ratified before the start of the new league year March 18, teams will have the unusual opportunity to use both a franchise and transition tag (normally, only one tag is permitted). However if a new labor pact is implemented, the one-tag maximum will go back into effect.

For now, teams like the Buccaneers, Cowboys and Titans – all have several valuable players poised to reach free agency – have the option of essentially preventing two cornerstone talents from departing.

MOCK DRAFT: Several players rise in first round after combine

A brief refresher for those new NFL business. Tags – their values are scaled depending upon the player’s position – grant teams the option of offering someone with an expiring contract a lucrative one-year deal. Stars often bristle at being tagged due to the inherent lack of long-term security. Emerging players are usually less resistant, as a tag often represents a significant raise for them.

Exclusive franchise tags are the most valuable, preventing a player from even negotiating with outside bidders. Non-exclusive franchise tags effectively prohibit player movement, too, yet allow a player to engage with other another club, which would have to surrender two first-round picks to his original team if it chooses not to match an offer sheet. Transition tags pay the least, though not by much, and also enable a team to match outside offers. However a team that declines to match a transitioned player’s offer sheet isn’t awarded any compensation despite losing his services.

Here’s a look at every team’s tag options. (Note: Citations of available salary cap space refer to the current CBA.)

Arizona Cardinals: They’re in the bottom half of the league in terms of available cap dollars. They also got quite an eight-game audition from RB Kenyan Drake after trading for him last October. Letting the transition tag set his market might be sensible.

Buffalo Bills: Despite a personal best 9½ sacks, DT Jordan Phillips’ track record suggests a tag isn’t warranted even in the wake of a career year. Measured investments are a major reason for Buffalo’s recent ascent.

Carolina Panthers: CB James Bradberry seems to be generating ridiculous buzz, but the rebuilding Panthers would be wise not to tag a player who has yet to prove he’s a Pro Bowl-caliber commodity.

Cincinnati Bengals: Even though WR A.J. Green will cost more than $18 million to tag, it’s probably prudent to retain him even in light of his recent injuries … especially if it will, in fact, smooth QB Joe Burrow’s anticipated arrival.

Cleveland Browns: It may seem a little mystifying that they aren’t trying harder to keep former Pro Bowl LB Joe Schobert, 26. But his position’s franchise tag is skewed by the value of pass-rushing linebackers rather than inside guys like Schobert.

Dallas Cowboys: Doesn’t appear a deal’s in sight for QB Dak Prescott, but don’t expect America’s Team to invite disaster, either. He’ll get the exclusive tag. Pending labor talks, that means Dallas could transition WR Amari Cooper. And with more than $70 million to play with, it’s even possible the Cowboys keep DB Byron Jones, though he’s probably the least likely of this trio to return.

Houston Texans: Now officially the general manager, Bill O’Brien made several short-sighted deals last year. RBs Lamar Miller and Carlos Hyde aren’t worthy of tags, so better for O’Brien to focus on extending LT Laremy Tunsil rather than having to franchise him in 2021.

Indianapolis Colts: LT Anthony Castonzo would be a justified recipient, but he plans to re-sign with Indianapolis after mulling retirement.

Jacksonville Jaguars: DE Yannick Ngakoue clearly doesn’t want to stay in Duval County, but it would make sense for the Jags to tag him and then try to move the gifted speed rusher, similar to what occurred with Frank Clark and Dee Ford last year.

Las Vegas Raiders: GM Mike Mayock has better things to do with his $50 million in cap resources than tag any of his free agents.

Los Angeles Chargers: Coming off his most productive season and given the relatively cheap franchise tag for a tight end ($10.4 million last year), Hunter Henry looks like the pick. After last year’s holdout and a wholly unimpressive season, no reason to tag RB Melvin Gordon.

Los Angeles Rams: Evidently, veteran LT Andrew Whitworth will re-sign. It’d surely be nice to retain OLB Dante Fowler, ILB Cory Littleton and DL Michael Brockers, too, but given the Rams’ cap crush, tags shouldn’t be in the cards for any of them.

Minnesota Vikings: Anthony Harris was Pro Football Focus’s top-ranked safety in 2019. Coming off a monster performance, it makes sense to tag him and see if he can duplicate the effort, which included a league-high six interceptions, or determine if he’s simply a flash in the pan. One obstacle, though – the Vikes basically have no cap room at present.

New Orleans Saints: QB Drew Brees cannot be tagged, but he’s signaled his intention to come back. Once again operating with a tight cap, the Saints would be hard-pressed to franchise anyone anyway.

New York Giants: Hard to imagine a team – one with more than $70 million in projected cap space – won’t use a tag on DL Leonard Williams after surrendering a third- and fifth-round pick to snag him before last year’s trade deadline.

New York Jets: They’ve got a ton of players who can leave, including some productive ones like WR Robby Anderson, LT Kelvin Beachum and OLB Jordan Jenkins. However none merit a tag, so expect Gang Green to allocate its $50 million in cap space elsewhere.

Philadelphia Eagles: Nothing to see here.

Pittsburgh Steelers: It seems OLB Bud Dupree, whose 11½ sacks in 2019 matched his total from the previous two seasons, is unsurprisingly headed for the franchise tag. It would theoretically also make sense to transition NT Javon Hargrave, who’s quite underrated but allows players like Dupree and fellow OLB T.J. Watt to hunt, but the Steelers will have to shed salary first just to get Dupree back under the cap.

San Francisco 49ers: DL Arik Armstead had a breakthrough 2019 campaign, his 10 sacks exceeding what he’d totaled in his first four seasons. He’s a major component of the Niners’ vaunted defense, and the tag might make sense to lock Armstead down given he and the team seem to have mutual interest in his retention. However GM John Lynch would likely have to free up some money … especially if the team is also mulling a run at Brady.

Seattle Seahawks: They agreed not to franchise DE Jadeveon Clowney after trading for him last summer. He’s expressed a desire to return, which the Seahawks share. Don’t expect Seattle to waste cap room on tags in 2020, regardless of the Clowney outcome.

Tampa Bay Buccaneers: OLB Shaq Barrett, 27, exploded in 2019, producing a league-best 19½ sacks. Still, franchising him in order to see if he’s the real deal would be understandable. The organization’s lukewarm stance on QB Jameis Winston likely means no tag is in the offing but doesn’t necessarily rule out his return.

Tennessee Titans: They could benefit handsomely if both tags are available. The most logical course of action would be franchising 2019 league rushing champ Derrick Henry while slapping the transition tag on QB Ryan Tannehill. If GM Jon Robinson can get either re-signed before the deadline, then he might consider tagging RT Jack Conklin. With about $50 million available, a team that just made a surprise run to the AFC championship game definitely has a chance to remain effectively intact.

Washington Redskins: Three-time Pro Bowl G Brandon Scherff hasn’t played a full season since 2016 and has missed 13 games over the past two years. Still, he’s only 28, and a team likely to start a very green quarterback can’t afford to shed a reliable blocker.