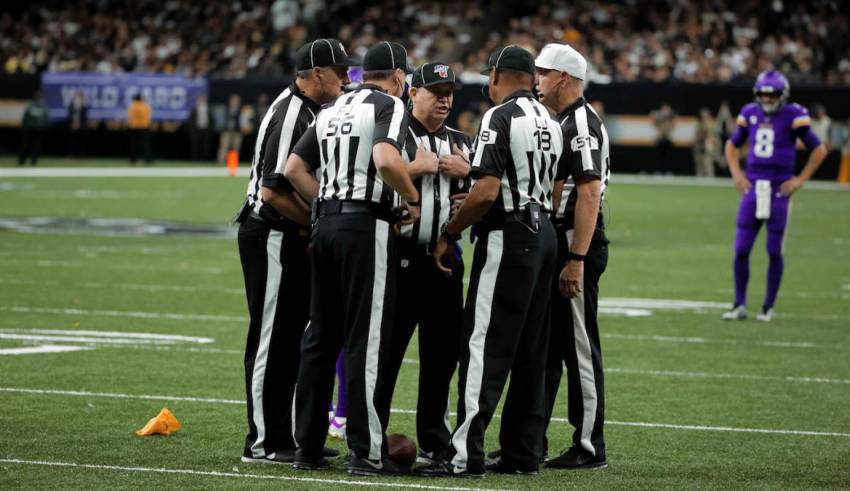 With the benefit of hindsight and now that the emotions from the heist that occurred at the Superdome in January 2019 have subsided, at least outside of New Orleans, it’s not difficult to see how the league’s attempt to right a serious wrong by making pass-interference penalties reviewable went disastrously and why the rule change never should’ve been implemented in the first place. Call it good intentions, but also a disaster — just take it from NFL executive vice president of football operations Troy Vincent.

Speaking with Peter King of NBC Sports, Vincent admitted that the NFL royally botched the pass-interference rule that was approved a year ago with the intention of ensuring a pass-interference penalty like the one that went uncalled in the NFC Championship game two seasons ago and cost the Saints a spot in the Super Bowl wouldn’t be missed ever again. Earlier this offseason, the NFL did away with the rule, which had been implemented on a one-year trial run.

And Vincent called it what it was: a failure.

“We cannot fail this year,” Vincent told King. “We saw, a year ago, when [the pass-interference rule] played out, starting with myself, what we put in place last year … Those outcomes were not good for professional football. Because we didn’t do the proper due diligence, it played out publicly. The last thing people should be talking about is the way the game is officiated. They [officials] should be faceless objects, managing and facilitating game flow.

“We failed. I’m first in line. I shared that [with league officials]. I failed, as the leader of that department. I failed. We cannot allow that to happen again. What did we learn from that? We’ve got to do our due diligence. You can’t rush and just shove something in there without knowing all the consequences. And we found that out last year, live and in action, publicly.

Vincent’s comments came as he addressed the sky judge proposal, which has been a proposed solution to the league’s officiating woes for a while now. The proposal, along with an idea to replace onside kicks with fourth-and-15s, is expected to be voted on by the league’s owners on Thursday. Rule changes require support from 24 of the league’s 32 owners. If either rule passes, one can only hope that the actual implementation is handled better than the implementation of the short-lived pass-interference rule.

It’s not inherently a bad thing if the standard for reversal is high. But anyone who watched the NFL in 2019 knows that the standard was way too high.

On the one hand, it’s refreshing to hear the NFL speak candidly about one of its failures. Vincent didn’t try to sugarcoat the failed experience. He called it what it was. He took responsibility. On the other hand, it sure would’ve been nice if the league had been able to successfully implement the rule so that it did work as intended, and its failure to do so is a reminder that the sky judge might not be the solution it intends to be. In that sense, Vincent is entirely right about both the failed pass-interference rule and the sky judge proposal: The NFL needs to make sure it understands, before implementation, all of the consequences and how it’ll actually play out on the field.

That’s why it could make sense for the league to test the concept of the sky judge in the preseason. As NFL.com’s Judy Battista reported, even if the proposal fails to garner the necessary support from the owners to become a new rule for the upcoming season, “it is likely a version of some kind of addition to the officiating crew could be tested in the preseason for possible further implementation.”